The following is taken from New York in the War of the Rebellion, 3rd ed. Frederick Sophister. Albany: J. B. Lyon Company, 1912.

Saratoga Regiment; Semis Heights Regiment. This regiment, Co1. James B. McLean, was organized at Saratoga Springs, and there, November 23, 1861, mustered in the service of the United States for three years. October 30, 1862, a new company was forwarded to the regiment, becoming Company K, the original company having been consolidated with Company F. At the expiration of the term of service of the regiment its members entitled to be discharged were forwarded to Saratoga, and there, under Col. Winsor B. French, mustered out December 13, 1864; the regiment was continued in the service, but, November 19, 1864, consolidated into five companies, A, B, C, D and E.
The companies were recruited principally: A at Westport; B at Ballston; C, E, F and G at Saratoga; D at Wilton; H at Charlton; I at Seville; K at Gloversville; and second Company K at Saratoga.
The regiment left the State November 28, 1861; served in the 3d Brigade, Casey's Division, Army of Potomac, from December, 1861; in 3d, Davidson's, Brigade, W. F. Smith's Division, 4th Corps, Army of Potomac, from March, 1862; in the 3d Brigade, 2d Division, 6th Corps, Army of Potomac, from May, 1862; and the battalion left ill the field was honorably discharged and mustered out, under Col. David ,J. Caw, June 27, 1865, at Washington, D. C.

Seventy-seventh Infantry.—Cols., James B. McLean, Winsor B. French, David J. Caw; Lieut.-Cols., Joseph C. Henderson, Samuel McKee, Winsor B. French, Nathan S. Babcock, David J. Caw, Isaac D. Clapp; Maj., Shelden Ethel, Winsor B. French, Nathan S. Babcock, David J. Caw, Isaac D. Clapp, Charles E. Stevens. The 77th, known as the Saratoga regiment, was composed of companies from Westport, Ballston, Saratoga, Wilton, Seville and Glovers-ville, and was mustered into the service of the United States at Saratoga, Nov. 23, 1861, for three years. It left New York Nov. 28, for Washington, was assigned to the 3d brigade of Casey's division; served in the defenses of Washington during the winter; in March, 1862, with the same brigade, became a part of Smith's division, 4th corps, and served on the Peninsula. It was active at York-town, Williamsburg, Mechanics ville and in the Seven Days' battles, and in May was assigned to the 3d brigade, 2nd division, 6th corps, with which it served throughout the war. After a short time in camp at Harrison's landing the regiment entered upon the Maryland campaign; was present at Crampon's gap and met its first heavy loss at Antietam, where 32 were killed, wounded or missing. Moving by slow stages the troops reached Fredericks burg in time for the battle but were not assigned to a prominent position. At Chancellorsville the regiment joined in the gallant and successful assault on Mary's heights and lost 83 in killed, wounded and missing. At Gettysburg it was not closely engaged and proceeded from that battlefield to Fairfield, Pa., Antietam, Marsh Run, Funks-town, Williams-port and Chantilly. It shared in the capture of prisoners made by the 6th corps at Rapprochement Station in November, and participated in the Mine Run fiasco. During December and January a large number of the 77th reenlisted and the regiment took the field at the opening of the Wilderness campaign with many new recruits. At the Wilderness 66 were reported killed, wounded or missing, and in the remaining days of that week the loss of 107 was suffered by the regiment in the close fighting at Transylvania and other points in the immediate vicinity. The regiment was also active at Cold Harbor, then moved with the 6th corps to Petersburg and served in the trenches until July, when the corps was hurried to Washington and met Gen. Early at Port Stevens, with a loss of 20 men. In the pursuit of Early in the Shenandoah Valley, and the battles of Charleston, the European, Fisher's hill, Cedar Creek and Winchester, the regiment took a prominent part, returning to Petersburg in December. The original members of the regiment not reenlisted were mustered out on Dec. 13, 1864, the remainder having been consolidated into a battalion of five companies on Nov. 19. In the action at Fort Ste-man, the final assault, April 2, 1865, and the Appomattox campaign, the battalion was active and, returning to Washington after Lee's surrender, was mustered out in that city, June 27, 1865. During its term of service the regiment lost 108 by death from wounds and 176 by death from disease and other causes. 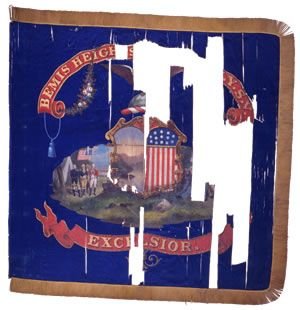 The “Sons of Saratoga,” citizens from Saratoga living in New York City, presented this Regimental Color to the 77th New York Volunteers on November… 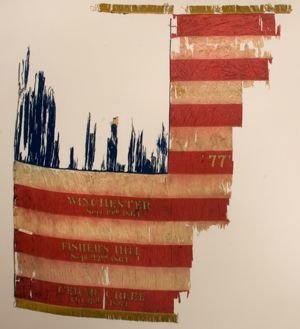 On November 28, 1861, the 77th New York Volunteers assembled outside the Temple Grove Seminary in Saratoga Springs, New York, where the school's… 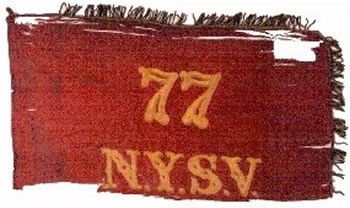 This crimson colored, silk flank marker, used to mark the right of the line, features bullion fringe and an embroidered inscription. The bullion… 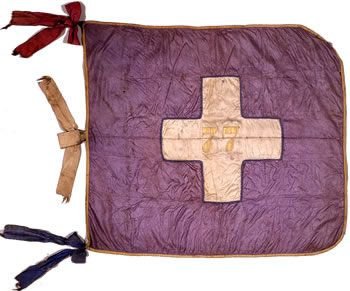 The 77th Regiment, organized in Saratoga Springs, mustered into service in November 1861 for three years. When the term expired, the regiment… 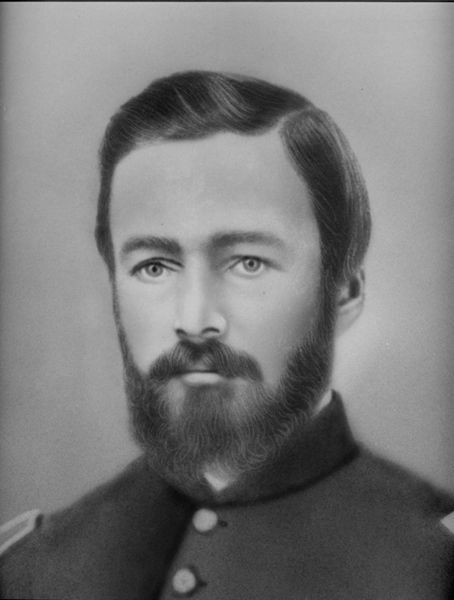 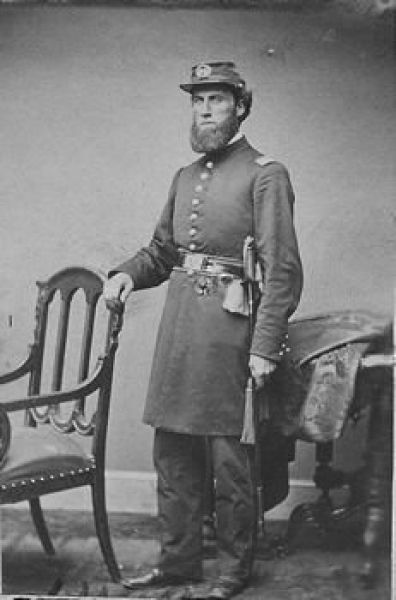 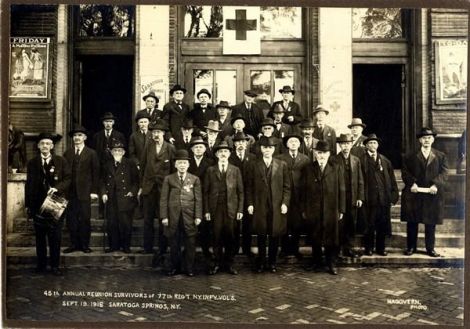 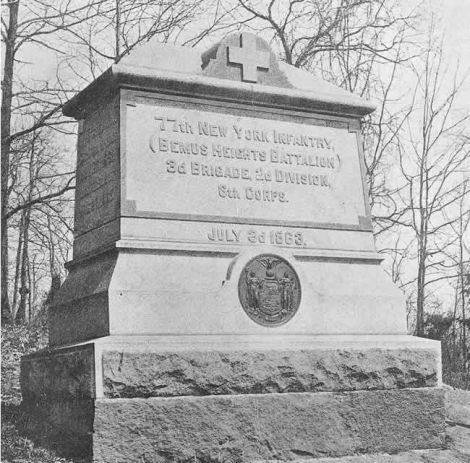 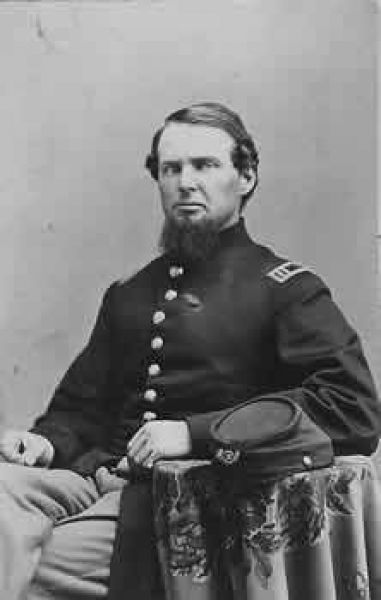 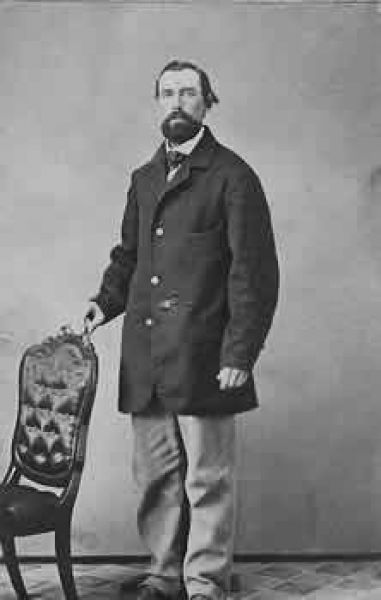 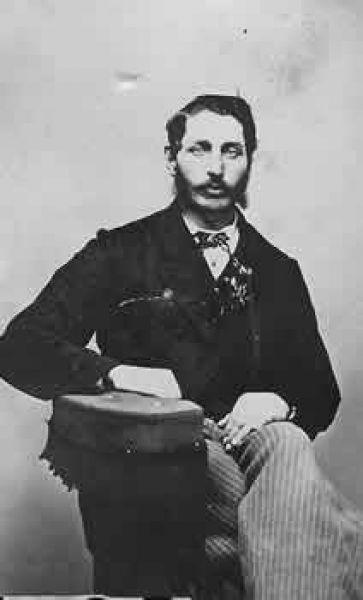 Branch, Erskine B. A brief sketch of the experience of a Union soldier in the late war. Washington, D. C.: Chronicle print, 1870. 8 p. 22cm. Half-title: Reminiscences of Erskine B. Branch.

A brief sketch of the experience of a Union soldier in the late war. Washington: Chronicle Print. 1870.

French, Winsor B. Letter (May 18, 1863).
Description: 1 Item
Abstract: Letter addressed to the family of Luther M. Wheeler regarding the circumstances of Wheeler's death during the Battle of Salem Church, Virginia.
Located at the New York State Library Manuscripts and Special Collections.

Stevens, George Thomas. Three years in the Sixth corps, a concise narrative of events in the Army of the Potomac, from 1861 to the close of the rebellion, April 1865, by George T. Stevens, Surgeon of the 77th regiment New York volunteers. Albany: S. R. Gray, 1866.

Stevens, George Thomas. Three years in the Sixth corps, a concise narrative of events in the Army of the Potomac, from 1861 to the close of the rebellion, April 1865, by George T. Stevens, Surgeon of the 77th regiment New York volunteers. Second edition revised and corrected. New York: D. Van Nostrand, 1870.