September 9, 1861, Governor Morgan accepted the proposal of Capt. Thomas Francis Meagher, late 69th Militia, who was later appointed Brigadier-General of the United States Volunteers, to raise a brigade, and authority was granted to Col. Robert Nugent to recruit the 1st Regiment, taking in the men already enlisted by him under the authority of the War Department; this regiment was known as the 69th Volunteers.

Capt. Thomas Francis Meagher, as temporary Colonel, to recruit the 2d Regiment; this was consolidated with the 4th Regiment, and was known as and formed part of the 88th Volunteers.

Col. R. C. Enright, to recruit the 3d Regiment; the organization was completed, and the regiment received the State designation and served as the 63d Volunteers.

Col. Henry M. Baker, to recruit the 4th Regiment, the organization of which was not completed; it was consolidated with the 2d Regiment, and formed part of the 88th Volunteers.

These three regiments served in the field to the close of the war, in the 2d Corps, Army of Potomac, as the Irish Brigade along with the 28th Massachusetts and the 116th Pennsylvania.

Besides these regiments of infantry there was also organized a battalion of artillery as the 5th Regiment, which received the State designation of 2d Battalion of Light Artillery, and later became the 14th and 15th Batteries of Artillery. 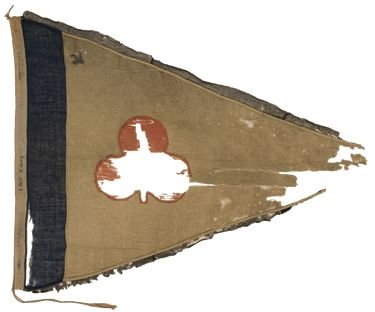 Bruce, Susannah U. The Harp and the Eagle: Irish Volunteers in the Union Army, 1861-1865. Under contract with New York University Press, Forthcoming 2005.

Conyngham, David P. The Irish brigade and its campaigns: with some account of the Corcoran legion, and sketches of the principal officers. New York, W. McSorley & co., 1867.