Mustered in: July 17 to August 21, 1861.
Consolidated with 1st regiment of mounted rifles and designated 4th provisional regiment of cavalry: September 6, 1865.

July 26, 1861, Col. James H. Van Alen received authority from the War Department to recruit this regiment. As soon as companies were organized they were forwarded to Meridian Hill, near Washington, D. C., where the regiment was organized, and where September 9, 1861, Colonel Van Alen took command. The Onondaga Cavalry was merged into the regiment; the 6th Independent Company, Ohio Cavalry, and Unattached Company A, New Jersey Cavalry, were assigned to the regiment as Companies L and M, respectively; the latter was, however, April 8, 1862, transferred to the 1st N. J. Cavalry as Company L, and a new Company M organized for the regiment in September, 1862. The companies were mustered in the service of the United States for three years; A, C, F and H at Rochester, July 17, August 4, 20, and 27, 1861, respectively; B and I at Syracuse, July 30 and August 27, 1861, respectively; D at Albany, August 12, 1861; E and K at Elmira, August 22 and May 14, 1861, respectively; G at Boonville, August 21, 1861; L at Cincinnati, Ohio, September 13, 1861; and M (2d organization) at Albany, September 10, 1862. Company K was originally Company G of the 13th N. Y. Volunteer Infantry (two years' regiment) and was ordered transferred to the 3d Cavalry August 23, 1861. At the expiration of its term of service, those entitled thereto were discharged, and the regiment, composed of veterans and recruits, continued in the service.

The companies were recruited principally: A, C and H at Rochester; B at Syracuse; D at Schoharie, Schenevus, Schaghticoke, Albany, Cobleskill, Gallupsville and Unadilla; E at Delhi, Deposit, Elmira, Margaretville, Middletown and Walton; F at Medina, New-stead and Newfane; G at Utica, Leyden, Boonville, Lowville and Watson; I at Syracuse and North Hamburgh; K at Elmira, Brockport and Rochester; L at Cincinnati and Xenia, Ohio, and M (2d organization) at Rochester and Brockport.

The following is taken from The Union army: a history of military affairs in the loyal states, 1861-65 -- records of the regiments in the Union army -- cyclopedia of battles -- memoirs of commanders and soldiers. Madison, WI: Federal Pub. Co., 1908.
Third Cavalry.—Cols., James H. Van Alen, Simon H. Mix, George W. Lewis; Lieut. -Cols., Simon H. Mix, John Mix, George W. Lewis. Ferris Jacobs, Jr., Samuel C. Pierce; Majs.. John Mix, Charles Fitz Simmons, Ferris Jacobs, Jr., Alonzo Stearns. Israel H. Putnam, George W. Lewis, George W. Cole, John M. Wilson, Jeptha Garrard, Newton Hall, John Ebbs. The regiment was named in honor of its first colonel, James H. Van Alen, who received authority from the war department on July 26, 1861, to recruit a regiment of cavalry. As fast as organized the several companies left the state and proceeded to Meridian hill, Washington, where the regiment was  organized early in September, Col. Van Alen assuming command on the 9th. Cos. A, C and H were recruited at Rochester; B at Syracuse; D at Schoharie, Schenevus, Schaghticoke, Albany, Cobleskill, Gallupville and Unadilla; E at Delhi, Deposit, Elmira, Margaretville, Middletown and Walton; F at Medina, Newstead and Newfane; G at Utica, Leyden, Boonville, Lowville and Watson; I at Syracuse and North Hamburg; K at Elmira, Brockport and Rochester; L at Cincinnati and Xenia, Ohio. The original Co. M was a New Jersey company, which was transferred in April, 1862. to the ist N. J. cavalry and a new company M was raised at Rochester and Brockport in Sept., 1862, to take its place. The different companies were mustered into the U. S. service at various periods from May 14 to Sept. 13, 1861, at Syracuse, Albany, Elmira, Boonville and Cincinnati, Ohio, for three years. Before the expiration of its term of service in 1864, many of the original members reenlisted and with the recruits continued in the service. The regiment served in Banks' and Stone's divisions, Army of the Potomac, until April, 1862, when it was ordered South and served in the Department of North Carolina and the i8th corps during the remainder of 1862 and all of 1863. In April, 1864, it was assigned to the 1st brigade, Kautz's cavalry division, Army of the James, and saw much hard service with that organization during the remainder of the war. In the operations against Petersburg in May, 1864, the 3d lost a total of 2i7 killed, wounded and missing; in the raid to the South Side and Danville railroads in June it met with a loss of 105 killed, wounded and missing; and in the action on the Darbytown road in October its loss amounted to 52. When Col. Van Alen resigned in April, 1862, he was succeeded by Col. Simon H. Mix, who developed into one of the most intrepid and efficient cavalry leaders in the service. He commanded the regiment with distinguished credit until June 15, 1864, when he fell in action before Petersburg and Lieut.-Col. George W. Lewis succeeded to the colonelcy. In July, 1865, while stationed at Norfolk, Va., the regiment was reduced by consolidation to five companies, A, B, C, F and L, and on July 21 it was united with the ist mounted rifles to form the 4th provisional regiment volunteer cavalry (q. v.). During its entire term of service the 3d took part in about 122 engagements, besides many minor affairs. The regiment lost 3 officers and 48 men killed in action and mortally wounded; 1 officer and 155 men died of disease, accidents, etc.; total deaths, 207, of whom 38 men died as prisoners. Five officers and 170 men are recorded as missing. 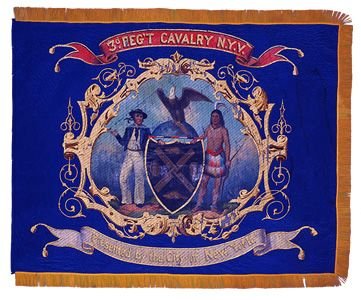 The 3rd Cavalry’s standard features the Arms of the City of New York painted on the obverse and reverse. Both sides also include a painted… 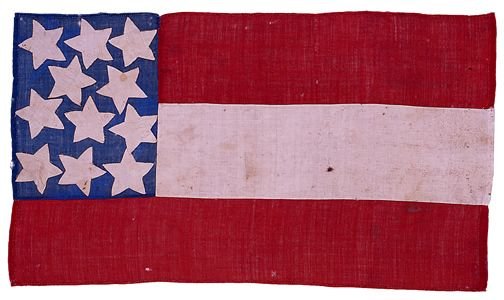 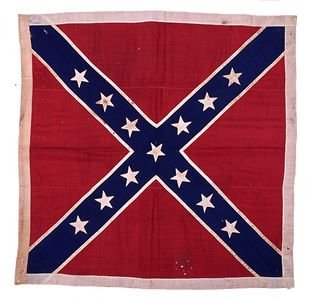 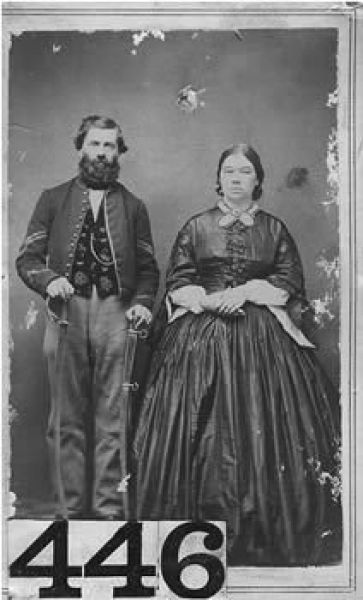 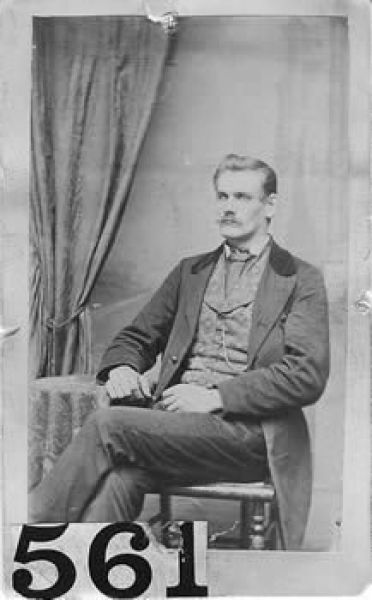 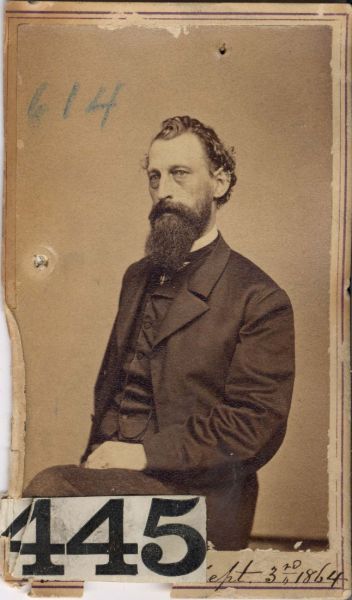 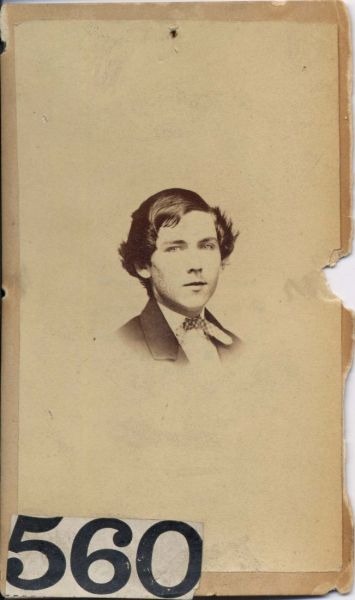 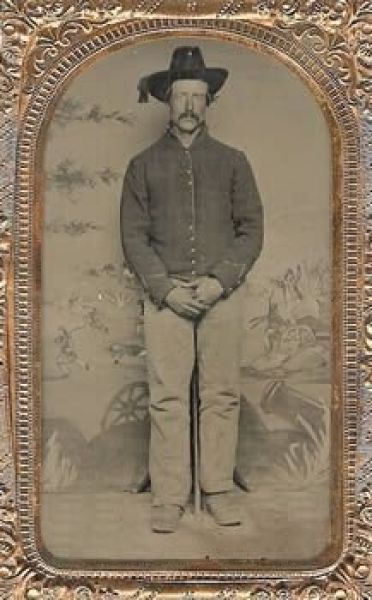 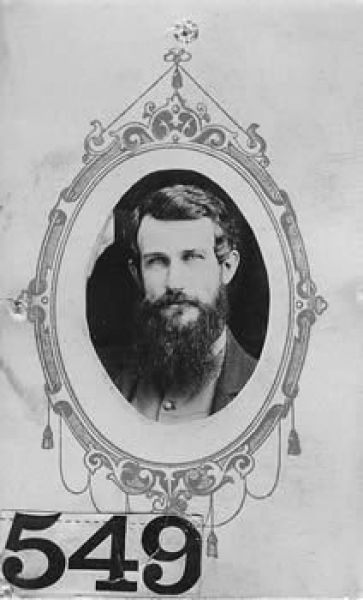 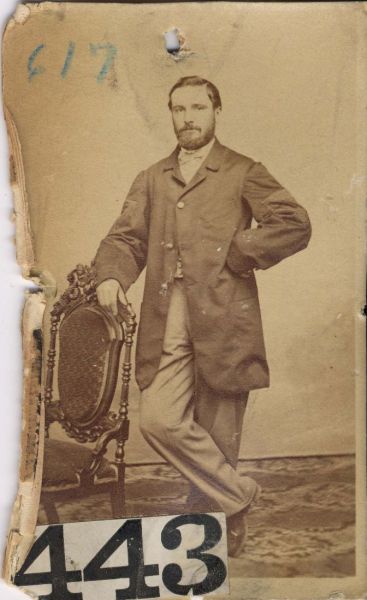 Downing, Margaret. Saw the Civil War first-hand through the eyes of a cavalry trooper. New York, 2014.

Dyer, Frederick H. A Compendium of the War of the Rebellion. The Dyer Publishing Company,  1908.

Leyden, Maurice. Letter, 27 May 1864.
3 pages.
Letter, 27 May 1864, from Lieutenant Maurice Leyden (1836-1906) of Company C, 3rd New York Cavalry, near Petersburg, Virginia, to Margaret "Maggie" L. Garriguz (Garriguez) (1841-1928) of Rochester, New York. Leyden notes that General Benjamin Butler (1818-1893) has ordered his cavalry into the trenches, states that there is fighting with the Confederate army occurring nearby, and adds that he loves and misses her.
Accession 51632. Located at the Library of Virginia in Richmond, Virginia.
Thank you to Ed Worman for pointing out this resource.

Sprole, William Thomas. The costly sacrifice, a memorial discourse occasioned by the death of Col. Charles Townsend, of the Army of the Potomac, by Rev. W. T. Sprole, delivered in the First Presbyterian church, Newburgh, N.Y., June 18, 1865. Printed for private distribution. 1866.