The regiment left the State by detachments, the first in May, 1863, and was entirely in the field by December of that year; it served in the Department and District of North Carolina, l8th Corps; and from March, 1865, with the Provisional Corps; with the 23d Corps from April, 1865, and July 19, 1865, commanded by Lieut.-Col. Philip G. Vought, it was honorably discharged and mustered out at Raleigh, N. C.

Twelfth Cavalry.—Col.. James W. Savage; Lieut. -Col., Philip G. Vought; Majs., J. Ward Caspar, Rowland R. West, Floyd Clarkson, Rodney M. Taylor. The 12th cavalry, known as the 3d Ira Harris Guard, was organized at New York city to serve for three years. The companies of which it was composed were recruited in the counties of New York, Columbia, Albany, Rensselaer, Clinton, Franklin, Oswego, Onondaga and Erie, and were mustered into the U. S. service from Nov. 19 to 24, 1863. A howitzer section, manned by members of the regiment, was attached during the year 1864. The regiment left the state by detachments from May to Dec, 1863, and proceeded to North Carolina, where it spent its entire term of service, forming part of the i8th corps under command of Maj. -Gen. J. G. Foster. In the final campaign in 1865, it was assigned to the provisional corps, and from April, 1865, was with the 23d corps, commanded by Maj. -Gen. Schofield. In July, 1863, it shared in Gen. Foster's raid to Tarboro, meeting with a loss of 4 killed, 14 wounded and 2S missing. It also sustained some losses in the engagements near Washington, N. C, in August. It assisted in repelling the enemy's attack on New Berne in Feb., 1864, and participated in the defense of Plymouth in April, where it sustained its heaviest loss, 8 killed and mortally wounded, 11 wounded and 102 captured. Many of the men captured subsequently perished in the prison pen at Andersonville. During the remainder of the year 1864 the regiment took part in numerous raids throughout the state and was often in action, meeting with some loss. In March, 1865, the 12th led the advance of Schofield's column, which was moving to join the forces of Gen. Sherman and fought gallantly in the three days' battle at Wise's Forks, where it lost 62 men killed, wounded and missing. It skirmished almost continuously from Kinston to Goldsboro, its total losses in the campaign of the Carolinas being 134 killed, wounded and missing. After Johnston's surrender the regiment was employed in guard duty in the region about the Tar river until July 19, 1865, when it was mustered out at Raleigh, N. C. It lost while in service 3 officers and 36 men killed and mortally wounded; 5 officers and 178 men died of disease, accidents, in prison, etc., a total of 222. It sustained unusually heavy losses by death in Confederate prisons, I officer and 84 enlisted men dying in the hands of the enemy. 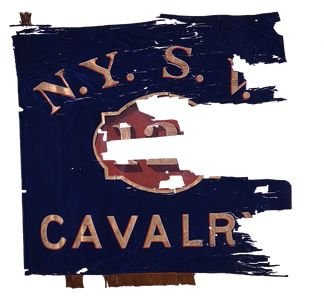 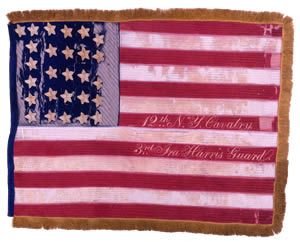 This silk flag, pieced together with red and white stripes and one blue piece for the canton includes only 27 embroidered stars from either a 34 or 35… 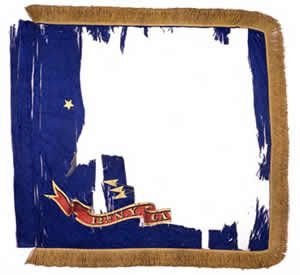 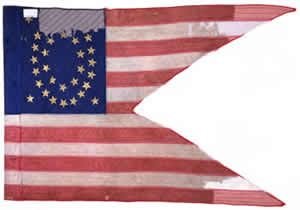 These two silk swallowtail guidons conform to the “stars and stripes” pattern prescribed in General Order No. 4, dated January 18, 1862. Both flags… 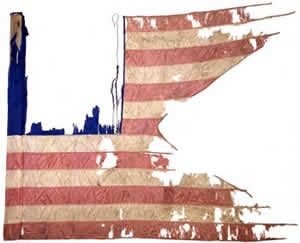 Each of these two silk swallowtail guidons carried by the 12th Cavalry conform to the “stars and stripes” pattern prescribed in General Order No. 4,… 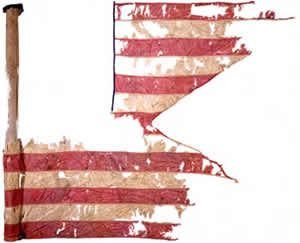 The two 12th Cavalry guidons seen here conform to the “stars and stripes” pattern prescribed in General Order No. 4, dated January 18, 1862. Both… 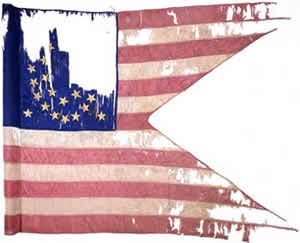 This silk swallowtail guidon carried by the 12th Cavalry conforms to the “stars and stripes” pattern prescribed in General Order No. 4, dated January… 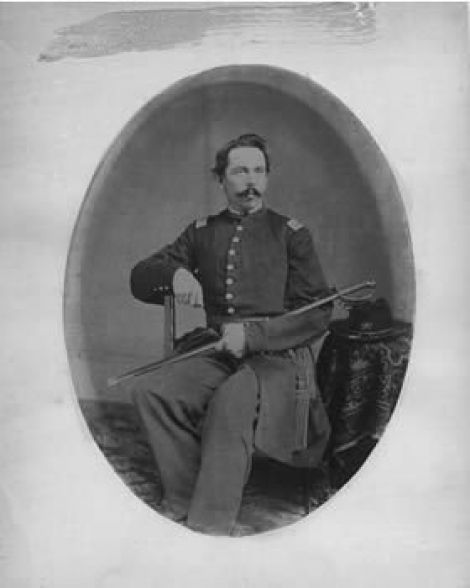 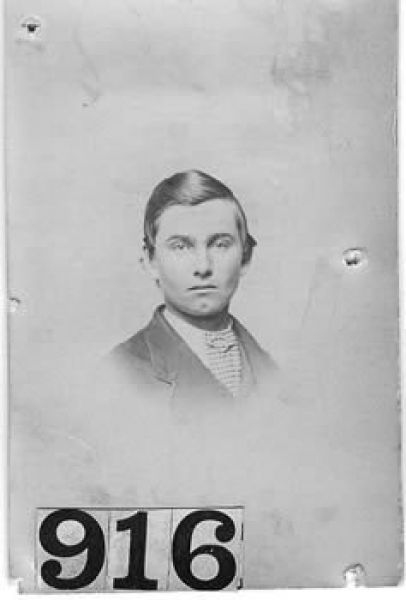 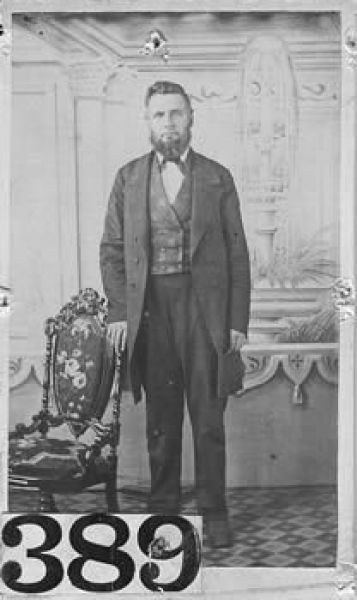 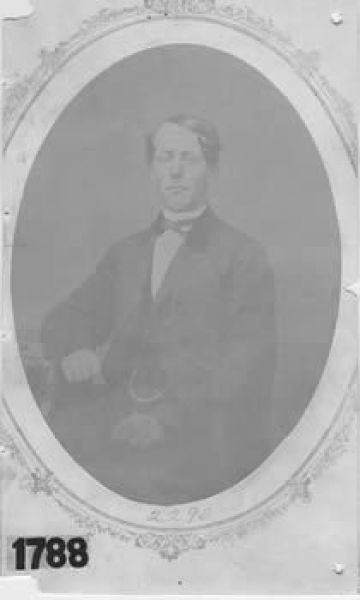 Johnson, Crisfield. ... History of Oswego County, New York. : With illustrations and biographical sketches of some of its prominent men and pioneers. Philadelphia: L.H. Everts & co, 1877, 1991.

Savage, James Woodruff. The loyal element of North Carolina during the war, a paper read before the Nebraska commandery of the Military order of the loyal legion of the United States, May 5, 1886, by James W. Savage, late Colonel 12th N.Y. cavalry. Omaha: [Omaha Republican print] 1886.