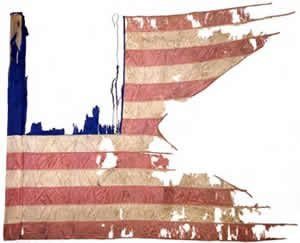 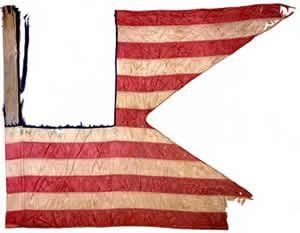 Each of these two silk swallowtail guidons carried by the 12th Cavalry conform to the “stars and stripes” pattern prescribed in General Order No. 4, dated January 18, 1862. Both flags have extensive losses, most notably to the fly tips and in the canton. The number of stars that originally appeared in the canton is unknown.