This regiment was organized in New York city by Col. Carl Schurz, succeeded by Col. Andrew T. McReynolds (June 15, 1861), under special authority from the President, dated May 1, 1861, and was mustered into the United States service between July 16 and August 31, 1861, for a service of three years.

Companies A, B, D, E, G, H, I, L and M, were recruited principally in New York city, four of them being composed of Germans, Hungarians and Poles; Company C, Boyd's Company C, Cavalry, Pa. Vols., at Philadelphia; F, at Syracuse; and K, Michigan Company, at Grand Rapids, Mich.

At the expiration of its term of service, those entitled thereto were discharged, and the regiment, composed of veterans and recruits, continued in the service until June 27, 1865, when, commanded by Col. Alonzo W. Adams, it was mustered out at Alexandria, Va.

First Cavalry.—Cols., Andrew T. McReynolds, Alonzo W. Adams; Lieut.-Cols., Frederick Van Schickfass, Alonzo W. Adams, Jenyns C. Battersby; Majs., Charles H. Agle, Timothy Quinn, Franklin G. Martindale, Alonzo W. Adams, William H. Boyd, Joseph K. Stearns, Franz Passager, August Haurand, Daniel H. Haskins, Jenyns C. Battersby, Ezra H. Bailey. This regiment, known as the Lincoln cavalry, was organized in New York city soon after the outbreak of the war and was mustered into the U. S. service from July 16 to Aug. 31, 1861, for a term of three years. The commission for the regiment was originally given to Col. Carl Schurz, who was soon thereafter appoined minister to Spain. The companies organized by him were thereupon turned over to his successor. Col. Andrew T. Mc- Reynolds, of Grand Rapids, Mich., who had held a captain's commission in the regular army. Nine of the companies, A, B, D, E, G, H, I, L and M, were from New York city, nearly one half the recruits being Germans, Hungarians and Poles. Co. C was recruited at Philadelphia, F at Syracuse, and K, a Michigan company, at Grand Rapids, Mich. The regiment, about 1,400 strong, left the state by detachments between July 21, 1861, and Sept. 10, 1861. During its four years of service the ist cavalry was stationed near Washington to Oct. 4, 1861; then in Franklin's and Heintzelman's divisions to March 24, 1862; in ist division, ist corps, Army of the Potomac, to May, 1862; with the 6th corps, to July 8, 1862; in ist cavalry brigade, to September; in 4th brigade, cavalry division, until October; in Averell's cavalry division, 8th corps about a month; with the forces for the defense of the Upper Potomac in various commands to June, 1863; then in the Department of the Susquehanna, until August; in the Department of West Virginia, in different commands to Oct., 1864; in the Army of the Shenandoah till March, 1865, and with the Army of the Potomac for the rest of its term. At the expiration of its original term of service those entitled thereto were mustered out and returned home, the remainder of the regiment, composed of recruits with unexpired terms and veterans who had reenlisted, remaining in the field under the command of Col. Adams. It participated in the final campaign in 1865 up to the surfender of Gen. Lee at Appomattox and was finally mustered out at Alexandria, Va., June 27, 1865. The regiment had served in many of the greatest battles of the war, and under such cavalry commanders as Stoneman, Pleasonton, Sheridan, Kilpatrick, Crook and Averell, had repeatedly distinguished itself. From its first engagement at Pohick Church, Va., in Aug., 1861, to the surrender at Appomattox, all, or part of the regiment, participated in nearly 230 battles and skirmishes. Some of the heaviest casualties of the regiment were incurred at Strasburg, Va., where it lost 17 killed, wounded and missing; at Winchester, where it lost 63 killed, wounded and missing; at New Market, where its loss was 99 killed, wounded and missing; and at Piedmont, where it lost 26 killed, wounded and missing. Among the many noteworthy services of the regiment, were the recapture by 100 men of the command, assisted by an equal number of the 12th Pa., at Greencastle, July 5, 1863, of 700 prisoners, two 12-pounder howitzers and 108 wagons, taken by Lee in the Gettysburg campaign; the brilliant charge, led by Col. Adams, on the enemy under Maj.-Gen. Lomax, at the battle of Nineveh in Nov., 1864, capturing many guns and battleflags, and some 200 prisoners; the charge of the regiment at Cacapon bridge, in Oct., 1862, under the command of Capt. William H. Boyd of Co. C, breaking Imboden's cavalry; the splendid charges at Piedmont and Lynchburg, in 1864. led lay the gallant Maj. Quinn; the magnificent charges at Mt. Crawford and Waynesboro, Va., commanded by Lieut.-Col. Battersby, which drove and dispersed the entire command of Gen. Early. At the engagement of Rude's hill. Col. Adams was complimented on the field by Gen. Powell for coolness and daring and for the discipline of the regiment when under fire. It is the boast of this regiment that it captured more prisoners (over 400) and property than any other cavalry regiment in the service. During its entire period of service the ist cavalry lost 5 officers and 41 enlisted men killed and died of wounds; i officer and 119 enlisted men died of disease, accident, in prison, etc., a total of 166. 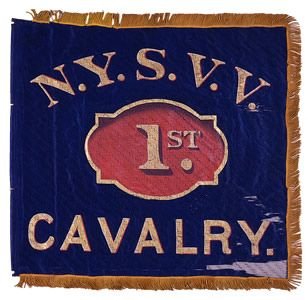 The 1st Regiment Cavalry, NY Volunteers mustered into service for three years between July 16 and August 31, 1861. When the term expired, those… 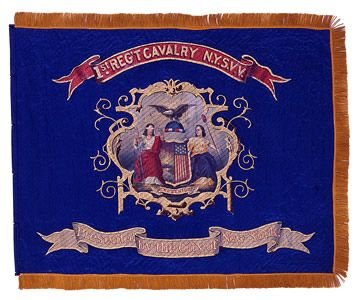 The 1st Regiment Cavalry, New York Volunteers mustered into service between July 16 and August 31, 1861. When their three year term expired, those… 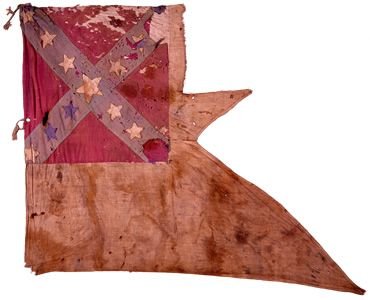 Account of the encounter on August 7, 1864, at Moorefield, West Virginia 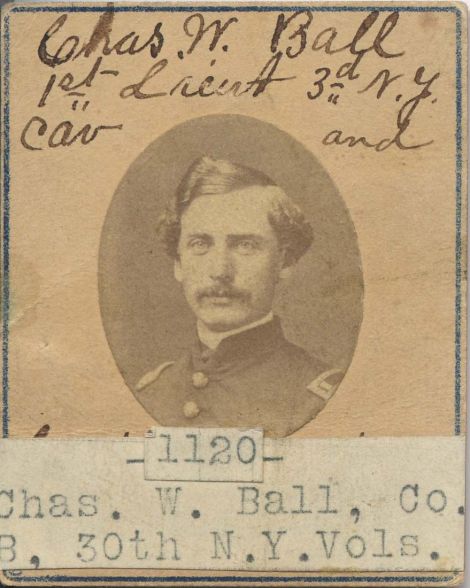 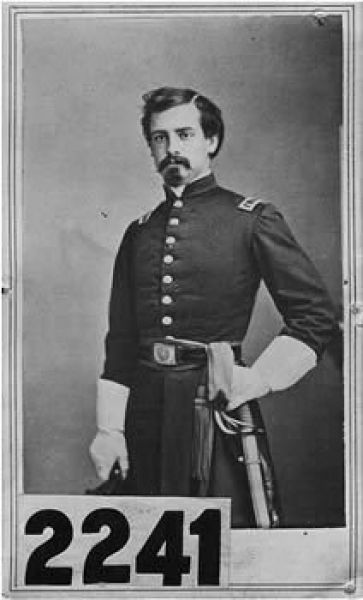 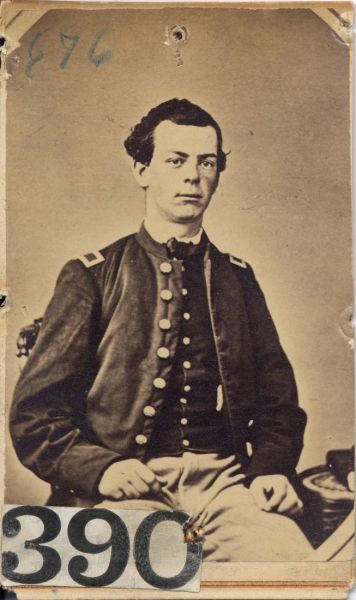 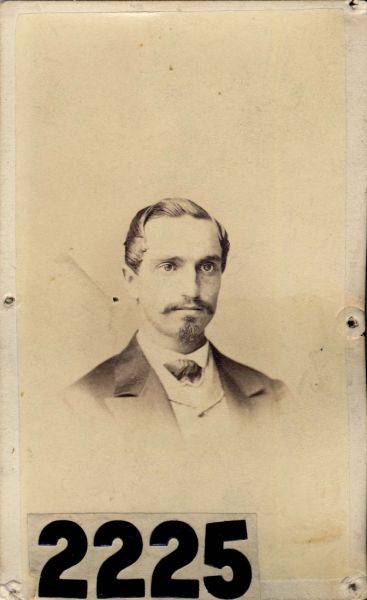 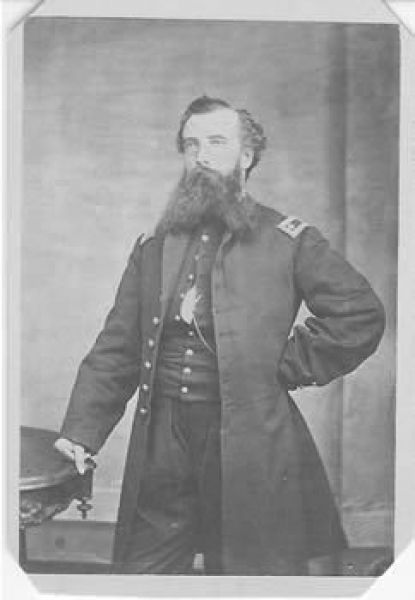 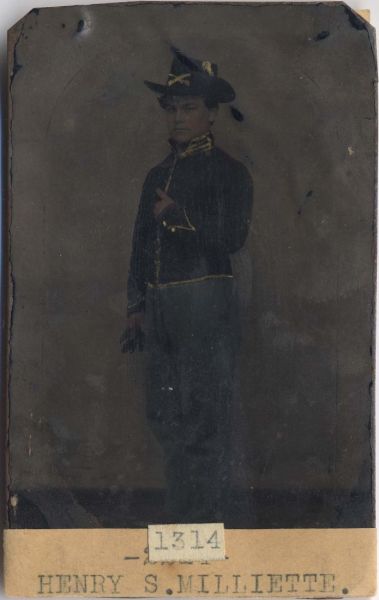 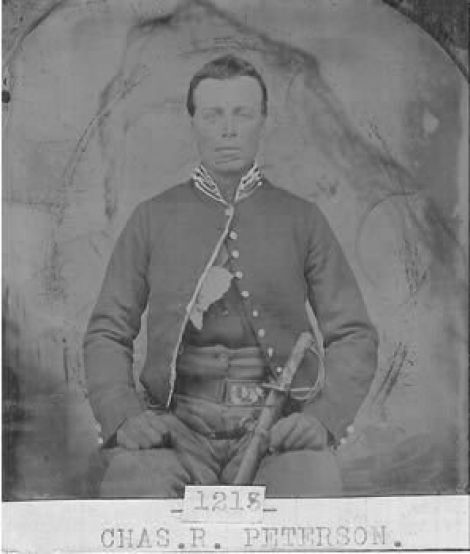 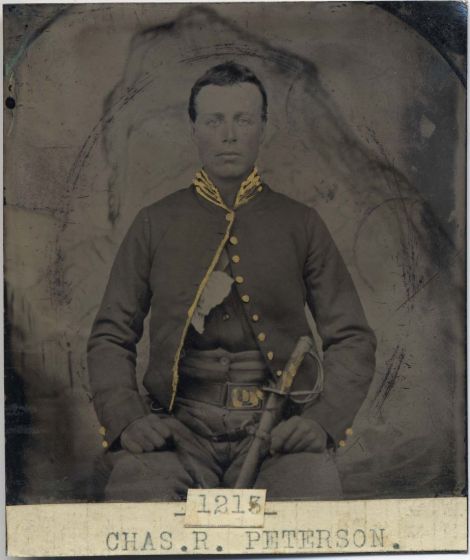 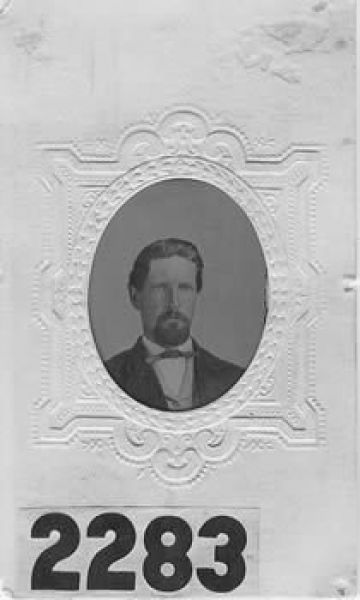 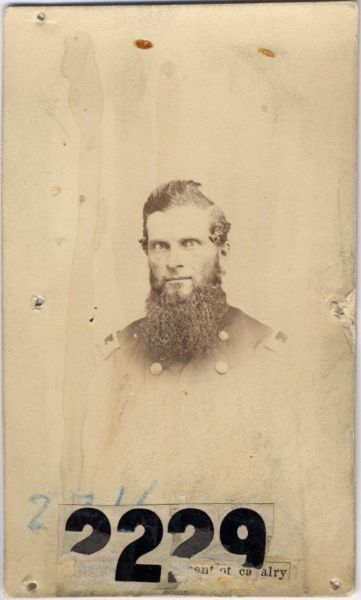 Adams, Francis Colburn. The story of a trooper, with much of interest concerning the campaign on the Peninsula, not before written, by F. Colbum Adams. Washington, DC: McGill & Witherow, printers, 1864.

Adams, Francis Colburn. A troopers adventures in the War for the Union, a thrilling history of the campaigns, battles, exploits, marches, victories and defeats of the Army of the Potomac, being a complete and graphic narrative of the Peninsular cam paign under McClellan, by a cavalryman. New York: Hurst & co. [n. d.].

Stevenson, James Hunter. "Boots and saddles," a history of the First volunteer cavalry of the war, known as the First New York (Lincoln) cavalry, and also as the Sabre regiment. Its organization, campaigns, and battles, by Jas. H. Stevenson. Harrisburg, PA:, Patriot pub. co., 1879.