Colonel Elisha G. Marshall received, May 29, 1863, authority to recruit this regiment for a service of three years. It was organized at Rochester, and contained many men who had served in two years' organizations. January 13 and 22, 1864, the men enlisted by Milton R. Pierce and Jesse B. Lamb for this regiment were transferred to the 6th and 13th N. Y. Volunteer Artillery, respectively, and April 8 and 15, 1864, the surplus men recruited for the regiment were ordered to be assigned to the 6th N. Y. Volunteer Artillery. The companies were mustered in the service of the United States at Rochester, A and B August 29; C and D September I I and 12, respectively; E and F October 18 and 20, respectively; G and H December 7; I and K December 21, 1863; L January 8, 1864; and at Elmira Company M January 17, 1864.

Fourteenth Artillery (Heavy).—Col., Elisha G. Marshall; Lieut.- Cols., Clarence H. Corning, William H. Reynolds, George M. Randall; Majs., William H. Reynolds, Henry V. Pemberton, Job C. Hedges, George M. Randall, Joseph P. Cleary, William H. Trowbridge, Lorenzo I. Jones, David Jones, Albion Howe. This regiment was organized at Rochester, and was chiefly recruited in the counties of Monroe, Yates, St. Lawrence and Jefferson. Its ranks contained many men who had served in the two years' organizations. Although recruiting commenced in June, 1863, the organization of the regiment" was not completed until Jan., 1864, the companies being mustered into the U. S. service between Aug. 29, 1864, and Jan. 17, 1865, at Rochester, for three years. It is numbered among the three hundred fighting regiments of the war by Col. Fox, who says: "It garrisoned the forts in New York harbor until April 23, 1864, when it was ordered to the front and was assigned to the 9th corps, joining it at Warrenton, Va. On May 2, 1864, it started for the Rapidan. The regiment was in line at the Wilderness, but was only partially engaged. It was actively engaged, however, the next week at Spottsylvania (then in Stevenson's division), and two weeks later suffered heavily at Cold Harbor, where it lost 15 killed, 43 wounded and 16 missing. On June 17, 1864, the 14th distinguished itself by its brilliant and successful charge on the works at Petersburg; loss 38 killed, 152 wounded, 60 missing; total, 250. Maj. Job C. Hedges was killed in this charge while bravely leading his battalion. At the mine explosion the regiment was selected to lead the assault at the crater and was the first to plant its colors on the enemy's works, where it captured a Confederate flag. Its casualties in this action were 10 killed, 44 wounded and 78 missing; total, 132. The 14th was on duty in the trenches, losing men daily in the constant and deadly firing which prevailed there. It also occupied Fort Stedman at the time of the Confederate sortie, March 25, 1865, and when surrounded there by the enemy, the men fought their way through the opposing lines until they reached Fort Haskell, where, in company with the remainder of the regiment which was on duty there, they succeeded in holding that important position. At the Weldon railroad the regiment was in White's division and sustained a loss of 6 killed, 40 wounded and 3 missing; total, 49." The regiment took part in the following battles: Wilderness. Spottsylvania. the North Anna, Bethesda Church, Cold Harbor, first assault on Petersburg, mine explosion, Weldon railroad, Peebles' farm. Fort Stedman, and the fall of Petersburg. It was also present at Ny River, Totopotomy, Boydton road, and Hatcher's run. The total enrollment of the regiment was 2,506 officers and men; total of killed and wounded, 861; killed and mortally wounded, 226; died of disease and other causes, 301; died in Confederate prisons, 84. It was one of the nine heavy artillery regiments whose loss in killed exceeded 200; its loss of 15 killed, 43 wounded, and 61 missing, June 1, 1864, at Bethesda Church, was one of the heaviest sustained in that battle. Under command of Col. Marshall, the regiment was mustered out on Aug. 26, 1865, at Washington, D. C. The gallant Col. Marshall was brevetted major-general, from March 13. 1865. 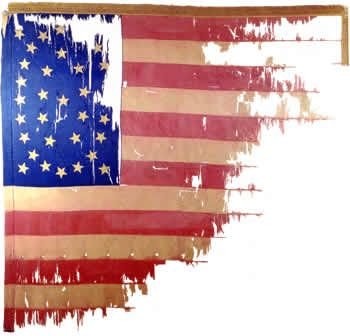 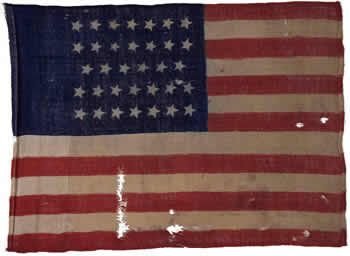 The NYS Battle Flag Collection includes two camp colors attributed to the 14th Regiment Artillery. The wool camp colors are printed in the US national… 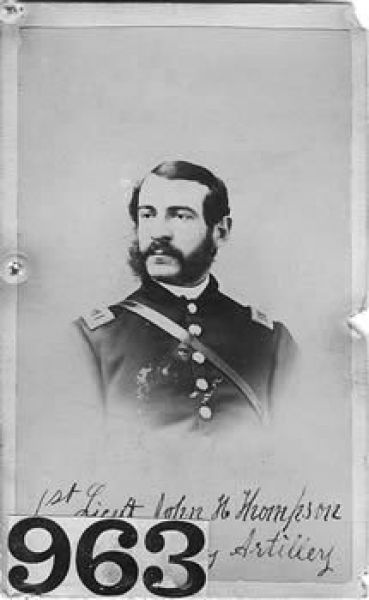 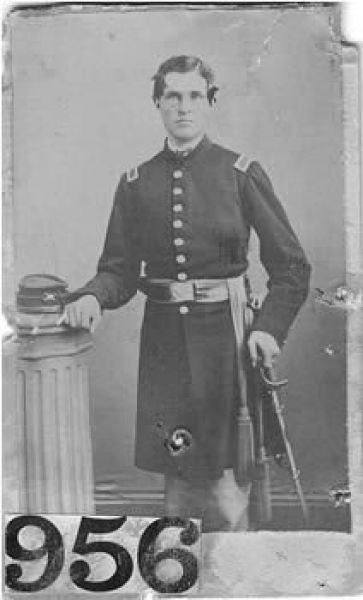 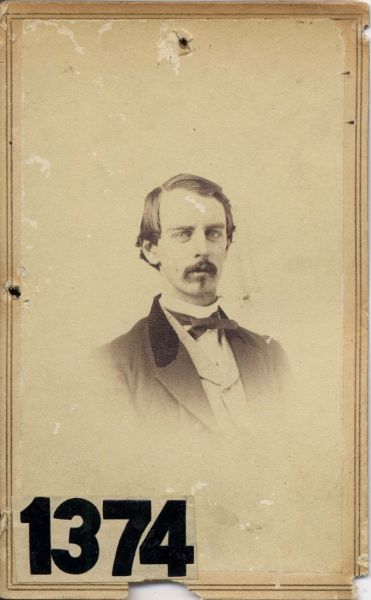 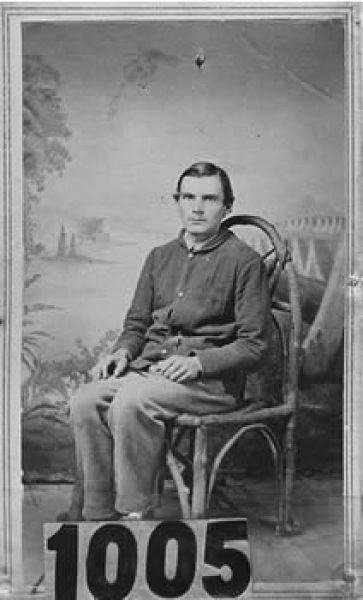 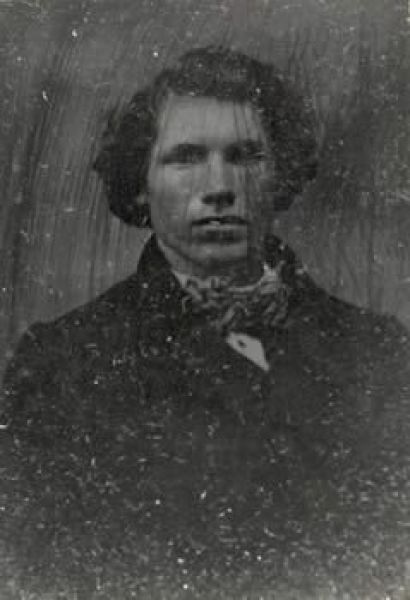 Beach, Alvah; Beach, Enos. Beach Family papers letters, 1861-1864.
Abstract: Consists chiefly of letters written by Alvah and Enos Beach of Russell, N.Y., while they were in the Union Army during the Civil War. Also includes two photos of Alvah Beach and some material relating to David Robinson, brother-in-law of the Beach brothers.
Originals located at Saint Lawrence University.

Carr, William H. William H. Carr Diary, 1865
Abstract: Consists of a diary kept by Carr from January to July 1865 and a student paper by Heather Ford that contains transcriptions of most of the entries.
Originals located at Saint Lawrence University.

Chipman, Charles. The Charles Chipman papers, 1853-1972 (bulk 1853-1866).
Abstract: Contains personal correspondence of Chipman (1861-64) and correspondence written to his wife concerning his death (1864-1887). Official correspondence includes commissions, discharge papers, special orders, muster rolls, letters and certificates of Chipman's company of the 3rd Brigade of the Mass. Volunteers (1861). An account book (n.d.) and various invoices and accounts for supplies and ordnance stores (1861-1863) are part of the collection. A biographical sketch of Chipman's life written in 1972 is also found.
Originals located at the US Army Military History Institute.

Henderson, Samuel. Diary, 1864
Abstract: Copy of a diary of a Union soldier while a prisoner at Andersonville, Ga., and Florence, S.C., in which he comments on living conditions, food rations, attempted escapes, and fellow prisoners, including men from the 14th Regiment of New York Heavy Artillery.
Originals located at Duke University.

Shaw, Charles A. A history of the 14th regiment N.Y. heavy artillery in the Civil. war from 1863 to 1865, compiled by Charles A. Shaw, of Co. I, principally from official record. Published by the Regimental veteran association. Mt. Kisco: North Westchester pub. co., 1918.