Forty-seventh Infantry.—Cols., Henry Moore, James L. Frazer, Henry Wood, Christopher R. McDonald; Lieut.-Cols., James L. Frazer, Pierce C. Kane, George B. Van Brunt, Albert B. Nicholas, Christopher R. McDonald, Joseph McDonald; Majs., Daniel Lloyd, Pierce C. Kane, George B. Van Brunt, David Allen, Christopher R. McDonald, Edward Eddy, Jr., Charles A. Moore, Frank A. Butts, The 47th, the "Washington Grays," was recruited in New York and Brooklyn and mustered into the U. S. service at East New York, Sept. 14, 1861, for a three years' term. It left the state Sept. 15, with 678 members, for Washington, and with the 1st brigade of Sherman's division, embarked for Hilton Head in October, and arrived there on Nov. 3. It was stationed at Hilton Head until Jan. I, 1862, when it was ordered to Beaufort, S. C., to participate in the operations against Port Royal ferry and then returned to Hilton Head. Early in February the regiment moved to Edisto island and remained there until ordered to James island in June, where it became a part of the 1st brigade, 1st division and was engaged at Secessionville. On July I it returned to Hilton Head, where it performed guard and picket duty during the ensuing fall and winter. It was active in the assault on Fort Wagner in July, 1863, and was stationed in that vicinity during the remainder of the year. In the Florida expedition in Feb., 1864, the regiment suffered a loss at Olustee of 313 in killed, wounded and missing. After proceeding up the St. John's river as far as Palatka, the expedition returned to Hilton Head. In April the 47th was ordered to Virginia and assigned to the 2nd brigade, 2nd division, l0th corps, Army of the James, at Bermuda Hundred. On May 25, the division was assigned to the 18th corps and after several encounters near Bermuda Hundred, notably at Port Walthall Junction, the regiment joined the Army of the Potomac just before the battle of Cold Harbor, in which it bore an active part. . On June 15, it was transferred to the 2nd brigade, 2nd division, l0th corps; took part in the first assault on Petersburg; was present at the mine explosion, July 30; and was active in engagements at Strawberry Plains, Fort Harrison and on the Darbytown road. The original members not reenlisted were mustered out in July, 1864, but the veterans and recruits continued as a regiment in the field. In Dec., 1864, in the 2nd brigade, 2nd division, 24th corps the regiment was ordered to Fort Fisher, N. C., and played its part in the reduction of that stronghold. The 47th passed the remaining months of its service in the Carolinas, being present at Smithfield, Fort Anderson, Wilmington, Cox's bridge and Bennett's house, and on April 2, 1865, was attached to the 2nd brigade, 2nd division, l0th corps. It was mustered out at Raleigh, N. C., Aug. 30 1865, after four years of faithful and efficient service to the Union Cause. During its term of service the regiment lost 93 by death from wounds and 157 from other causes. 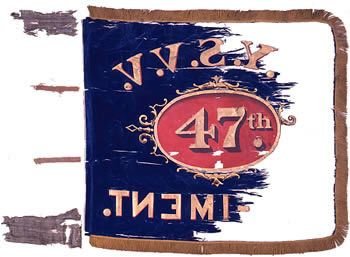 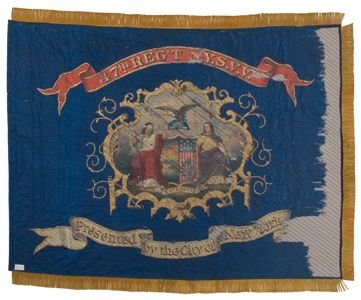 The 47th New York Volunteers, or "Washington Grays," mustered into service for three years on September 14, 1861. When their three-year term expired,… 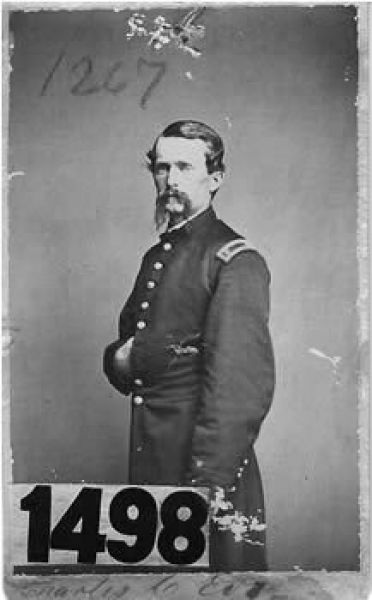 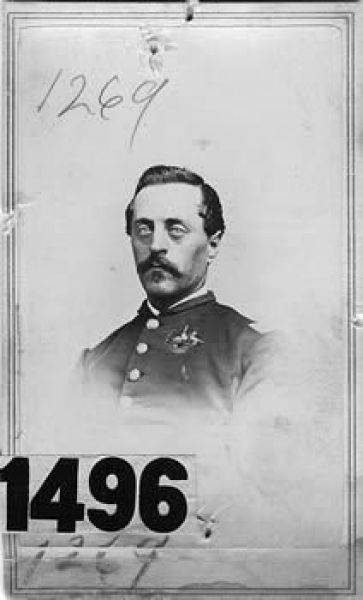 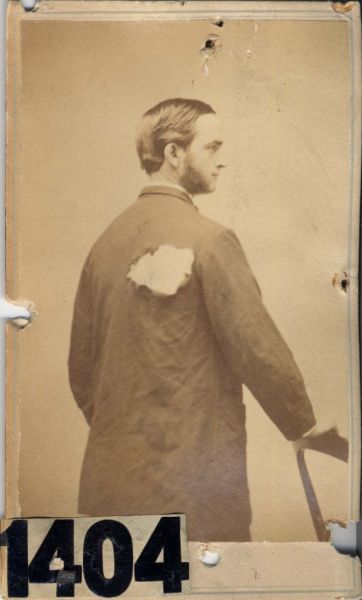 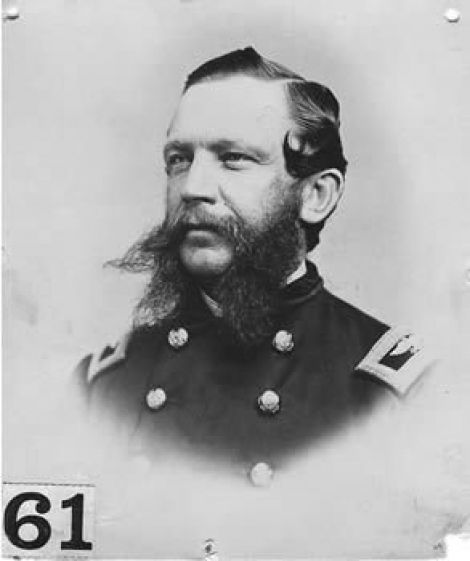 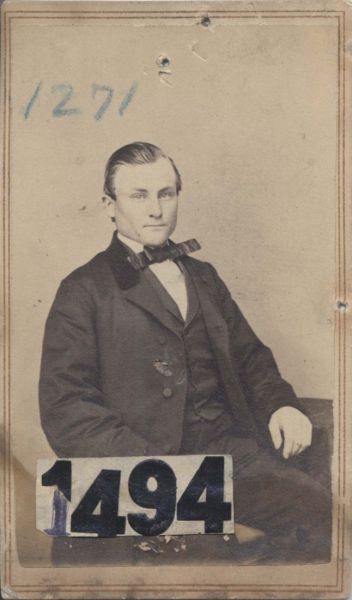 Gorham, Henry W. Correspondence,1857-1863.
Description: 55 items
Abstract: Correspondence of Gorham while he was serving in Maryland during the Civil War with the 13th and 47th Regiments, New York State Militia
Bio/History:Union soldier, of Brooklyn, N.Y.
Located at Duke University

Van Vleck, Henry L. Papers, 1861-1862.
Description: 1 Folder
Abstract: Papers, include: picket pass for Headquarters 47th Regiment New York Volunteers, Fort Edisto St., dated April 27, 1862, and signed by Col. Henry Moore; a letter from Van Vleck on board the Roanoke (Steamship) off Annapolis (Md.), dated Oct. 19, 1861, to "Dear Parents and friends," which describes sleeping on deck, the food, his dislike of the Irish brigade which fights a lot, and waiting for his pay; and a letter to Van Vleck from James L. Smith, Capt, Company D, 47th, Headquarters 47th Regiment New York Volunteers, at Camp Moore, Hilton Head (S.C.), dated Nov. 18, 1861, recommending his promotion from Sergeant to Lieutenant. A diary which was once part of the collection is now missing.
Bio/History:From Augusta (Kalamazoo County, Mich.), Van Vleck served in the Sherman Battery or Company D, 47th New York Volunteers or Infantry
In: Clarke Historical Library at the Central Michigan University

Wenzel, Augustus. Letters, 1861-1865.
Description: 25 items.
Abstract: Group of letters written by Augustus Wenzel mostly to his brother, Henry Wenzel, regarding his experiences of military service during the Civil War. While serving in the 47th Infantry, he wrote mostly about guarding prisoners of war at Fort McHenry in Baltimore. During his second tour of duty with the 18th Cavalry, he wrote from various army camps in Louisiana concerning his duties as hospital steward. He also complains frequently about not receiving his paychecks from the Army in a timely manner.
Notes: Unpublished transcripts file with the original letters./ Bio/History:Civil War soldier; served in Company B of the 47th New York State Militia Infantry Regiment, May 1861 - September 1862; re-enlisted for service in Company I of the 18th New York Cavalry Regiment, 21 September 1863 - 23 May 1865.
Located at the New York State Library Manuscripts and Special Collections.