This regiment, Col. Edward J. Riley, was organized at Yonkers, under the auspices of the Union Defense Committee of New York City, and under special authority from the War Department. Originally it was known as the United States Constitution Guard, recruited in New York City by Col. John S. Cocks, of which the Second Zouaves, an incomplete organization, formed part; at the solicitation of the Mozart Hall Committee, it accepted the designation Mozart Regiment. No more men being accepted from this State, except through the State authorities, the regiment was completed by taking four companies from Massachusetts, one - B - from Newburyport; one - G - from Milford; one - H – from West Cambridge; and one - K - from Lawrence; and two companies from Pennsylvania. It was mustered in the service of the United States for three years at Yonkers, the field and staff July 1; Companies A and G June 21; B, C, D, E and F June 14; Hand K June 27; and 1 June 26, 1861. In August, 1861, the State accepted the regiment and numbered it as above. September 6, 1862, the regiment received by consolidation the enlisted men of the 87th Infantry, who were assigned principally to Companies E and F. May 25, 1863, it was consolidated into five companies, B, C, D, F and G, and May 30, 1863, it received by transfer the three years' men of the 38th Infantry, as Companies A, E and H, and those of the 37th Infantry, as Companies I and K. Company H originally came from the 55th, and Companies I and K from the 101st Infantry. At the expiration of its term of service, the men entitled thereto were discharged, and the regiment retained in service, but, July 7, 1864, consolidated into six companies, A, B, C, D, E and F; Company F becoming Company A; E Company B; A Company C; C Company D; D Company E; I Company F; and Companies B, G, Hand K being transferred to the new companies. August 3, 1864, the members of the 74th Infantry, not mustered out with their regiment, were assigned to this, forming Companies G and H.
The regiment left the State July 4, 1861; served at and near Washington, D. C., from July 6, 1861; near Alexandria, Va., from July 17, 1861; in Howard's Brigade, Division of Potomac, from August 4, 1861; in Sedgwick's Brigade, Heintzelman's Division, Army of the Potomac, from October, 1861; in 2d, Birney's Brigade, 3d, Hamilton's Division, 3d Corps, Army of the Potomac, from March, 1862; in 2d Brigade, 1st Division, 3d Corps, Army of the Potomac, from May, 1862; in the 3d Brigade, 1st Division, 3d Corps, Army of the Potomac, from May, 1863; in the 1st Brigade, 3d Division, 2d Corps, Army of the Potomac, from March, 1864 ; and was honorably discharged and mustered out, under Col. Madison M. Cannon, June 27, 1865, near Washington,D. C.
During its service the regiment lost by death, killed in action, 8 officers, 151 enlisted men; of wounds received in action, 2 officers, 76 enlisted men; of disease and other causes, 5 officers, 169 enlisted men; total, 13 officers, 396 enlisted men; aggregate, 409; of whom 47 enlisted men died in the hands of the enemy.

Fortieth Infantry.—Cols., Edward J. Riley, Thomas W. Eagan, Madison M. Cannon; Lieut.-Cols., Thomas W. Eagan, Nelson A, Gesner, P. Allen Lindsay, Augustus J. Warner, Madison M. Cannon, Thomas Crawford; Majs., Richard T. Halstead; Albert S. Iri-galls, P. Allen Lindsay, Augustus J. Warner, Emmons F. Fletcher, Madison M. Cannon, Thomas Crawford, Augustus W. Keene. The 40th, the "Mozart Regiment," recruited in New York city, received four Massachusetts companies into its organization and went into camp at Yonkers, where it was mustered into the U. S. service June 14 to 27, 1861, for three years. On July 4 it left the state for Washington, numbering 1,000 members and after a short encampment at Washington, was ordered to Alexandria, where during the summer it was engaged in the construction of Fort Ward and in guard duty along the Orange & Alexandria railroad. It was assigned on Aug. 4, to Howard's brigade, Potomac division, but was later attached to Sedgwick's brigade. Heintzelman's division, and passed the winter near Alexandria. In March, 1862, with the 2nd brigade, 3d division, 3d corps, Army of the Potomac, it embarked for Yorktown and was there engaged in the duties of the siege. The regiment was closely engaged at Williamsburg and during that month the brigade was assigned to the 1st division, 3d corps, with which it participated in the battle of Fair Oaks, where the 40th lost 24 in killed or mortally wounded out of five companies engaged. The regiment fought through the Seven Days' battles with a loss of 100 killed, wounded and missing and rested for a few weeks at Harrison's landing before entering upon the campaign in Virginia tinder Gen. Pope. At the second Bull Run 244 members of the regiment were engaged and 86 were reported among the lost. At Chan-tilly the total loss was 61, but the gallant conduct of the 40th and the 1st saved the day, and the regiment received the highest official praise. At Fredericksburg the total loss was 123. The regiment shared in the "Mud March" and then gathered its scattered heroes together to winter at Falmouth. The recruits for the 87th N. Y. had been added to the 40th in Sept., 1862, and after the battle of Chancellorsville, in which the loss was again severe, the regimerit was consolidated into a battalion of five companies. On May 30, 1863, the three years men of the 37th and 38th N. Y. were assigned to the 40th, as were members of the 55th and l01st. As part of the 3d brigade, 1st division, 3d corps, Army of the Potomac, from May, 1863, the regiment proceeded from Chancellorsville to Gettysburg, where it again distinguished itself for bravery with a loss of 150 killed, wounded or missing. It was active at Kelly's ford and in the Mine Run campaign, after which winter quarters were established near Brandy Station, where in December, the major portion of the members of the regiment reenlisted. Many new recruits were also received during the winter, and at the opening of the Wilderness campaign in the spring of 1864 the regiment took the field with greatly replenished ranks. In March of that year it was assigned to the 1st brigade, 3d division, 2nd corps; was active at the Wilderness with the loss of 213 killed, wounded and missing; and fought in the engagements at Spottsylvania, the Po river, the North Anna, Totopotomoy and Cold Harbor. In July, 1864, the original members not reenlisted were mustered out at New York city and the regiment was consolidated into six companies, which soon received additional reinforcement by the addition of the veterans of the 74th N, Y. The veteran regiment served before Petersburg until the fall of the city, being engaged at the Weldon railroad, Deep Bot-tom, Strawberry Plains, Poplar Spring Church, Boydton Road, the Hicksford raid, Hatcher's run, Fort Stedman, White Oak ridge, in the final assault on Petersburg, April 2, 1865, and the pursuit of Lee to Appomattox. The regiment was mustered out at Washington, June 27, 1865, having gallantly acquitted itself through four years of almost constant fighting, and having well earned its right to be called a "Fighting Regiment" through the loss of more men killed and wounded than any other New York regiment save one— the 69th. Only through the addition of troop after troop of veterans was it able to preserve its organization, but its reputation for courage made assignment to its ranks a privilege. The total death loss of the command during its term of service was 238 killed or died of wounds and 172 from accident, imprisonment or disease. 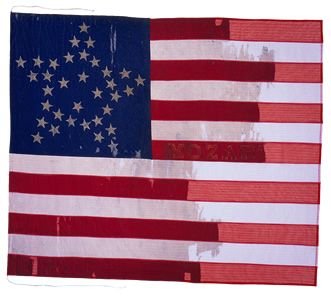 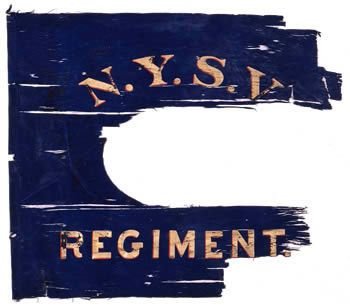 This blue silk presentation flank marker features painted inscriptions along the top and bottom. Over 25% of the flag is lost including all the fringe… 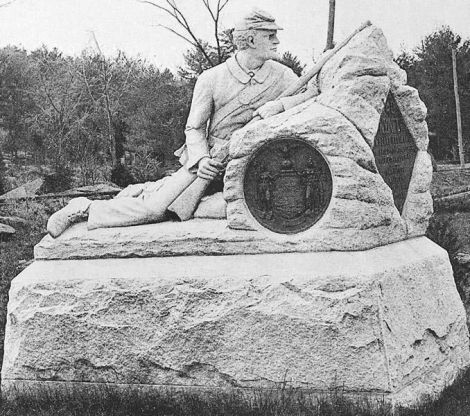 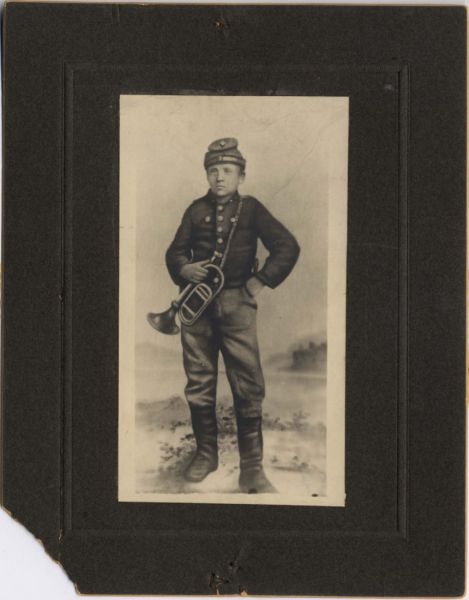 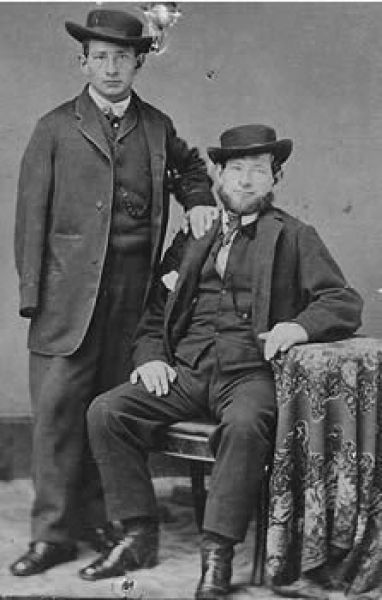 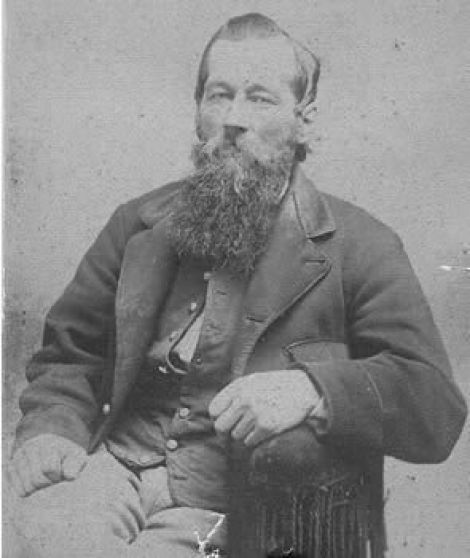 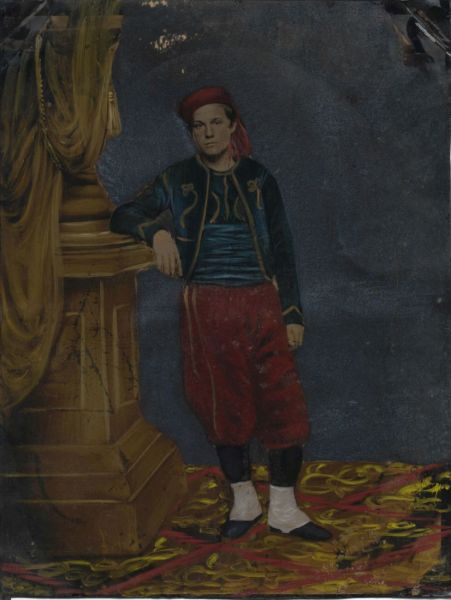 Hubbell, Henry Wilson. "The organization and use of artillery during the War of the rebellion." Journal of the Military Service Institution of the United States XI (1890) 396-412.

Styple, William B. The Little Bugler: The True Story of a Twelve-Year-Old boy in the Civil War. Kearny, NJ: Belle Grove Publishing, 1998.