This regiment was accepted by the State April 25, 1861; received its numerical designation May 7, 1861; was organized at Albany, and there mustered in the service of the United States for two years May 14, 1861. In April, 1863, a number of the members of the regiment re-enlisted for one and two years; these and the three years' men of the regiment were formed into a battalion May 18, 1863, and retained in the service, while those whose term of service had expired had been sent to Albany, where they were honorably discharged May 21, 1863. The three years' men of the 9th Infantry, and sufficient drafted men were assigned to the battalion, and the latter brought up to a regimental standard. June 13, 1865, the men of the 112th Infantry, not discharged with their own regiment, were transferred to this.
The original companies were recruited principally: A — Williamsburgh Volunteers— at Williamsburgh and Brooklyn; B at Newburgh, Cornwall, Fishkill and Matteawan; C at Albany, Cohoes, Otsego, Schoharie and Troy; D at Albany; E — Syracuse Zouaves — at Syracuse, Baldwinsville, Geddes, Salina and Skaneateles; F at Albany, Cohoes and Stockport; G at Albany, Bethlehem, Greenbush, Pittsfield, Sand Lake, Schenectady, Stillwater, Sudbury, Syracuse and Troy; H at Owego, Halsey Valley, Ridgeford, Spencer and Tioga; I at Oneida, Albany, Augusta, Brooklyn, Hampton, New York city, Syracuse, Vernon, Walesville and Westmoreland; and K at Havana, Alpine, Beaver Dams, Benton, Burdette, Branchport, Catherine, Dix, Monterey, Odessa, Orange, Penn Yan, Millport and Starkey.
The regiment, Col. Frederick Townsend, left the State May 31, 1861, and served at and near Fort Monroe, Va., from June, 1861; at and near Baltimore, Md., from July 30, 1863, at Suffolk, Va.; in Mansfield's Division from June 6, 1862; at Fort Monroe, Va., Department of Virginia, from September, 1862; at Suffolk, Va., 7th Corps, from April 19, 1863; in 1st Brigade, 2d Division, 7th Corps, from June, 1863; at Fort Monroe, Va., from July, 1863; on Folly island and in Charleston harbor in Alford's Brigade, 18th Corps, from July, 1863; in the 3d Brigade, 2d Division, 10th Corps, from October, 1863; in the 1st Brigade, 2d Division, 10th Corps, Army of the James, from April, 1864; in the 3d Brigade, 3d Division, 18th Corps, from May 30, 1864; in the 1st Brigade, 2d Division, 10th Corps, from June 15, 1864; in the same brigade and division, 24th Corps, from December 3, 1864; in the Provisional Corps, from March, 1865; and again in the 10th Corps, from April 2, 1863; in the First Brigade, 2d Division, 10th Corps, from July, 1865; and, commanded by Lieut.-Col. George W. Warren, it was honorably discharged and mustered out August 28, 1865, at Raleigh, N. C.
During its service, the regiment lost by death, killed in action, 1 officer, 23 enlisted men; of wounds received in action, 1 officer, 14 enlisted men; of disease and other causes, 2 officers, 83 enlisted men; total, 4 officers, 120 enlisted men; aggregate, 124; of whom 1 enlisted man died in the hands of the enemy.

Third Infantry.—Cols., Frederick Townsend, Samuel M. Alford, Eldridge G. Floyd, John E. Mulford; Lieut.-Cols., Samuel M. Alford, Henry P. Hubbell, Eldridge G. Floyd, John E. Mulford, George W. Warren; Majs., Abel Smith, Jr., John E. Mulford, Eldridge G. Floyd, George W. Warren, T. Ellery Lord. The 3d, organized at Albany, was known as the 1st Albany regiment and was mustered into the U. S. service there on May 14, 1861, for two years. Four days later it left for New York and on June 3 arrived at Fortress Monroe. It shared in the engagement at Big Bethel, losing 2 men killed and 27 wounded, and returned to Fortress Monroe. On July 30 it was ordered to Baltimore and quartered at Fort McHenry until April 1, 1862. The summer of 1862 was spent at Suffolk and on Sept. 12, the 3d was again ordered to Fortress Monroe. The original members not re-enlisted were mustered out in May, 1863, but the regiment remained in the field, composed of 162 recruits, 200 veterans and the veterans and recruits of the 9th N. Y., and subsequently received many more recruits and the veterans of the 112th N. Y. Vols. The 3d was present during the siege of Suffolk, after which it was ordered to Folly island, where it took an active part in the operations against Fort Wagner, the bombardment of Fort Sumter and attacks on Charleston in the summer and autumn of 1863, as part of Alford's brigade of the 18th corps. In Oct., 1863, it was attached to the 3d brigade, 2nd division, l0th corps and returned to Virginia, where it was active in the advance under Gen. Butler in May, 1864, losing 5 killed, 50 wounded and 7 missing. It fought in the battle of Drewry's bluff and was then transferred to the 3d brigade, 3d division, l8th corps, which moved to Cold Harbor, where it was active until June 12, when it returned to Bermuda Hundred. The regiment rejoined the l0th corps on June 15, and formed part of the 1st brigade, 2nd division, with which it was engaged in the assaults at Petersburg in June, the mine explosion of July 30, Fort Harrison, and the Darbytown road. On Dec. 3, 1864, the 3d was attached to the 1st brigade, 2nd division, 24th corps and sent to North Carolina, where it was engaged at Fort Fisher, Sugar Loaf battery, Fort Anderson and Wilmington. It remained in North Carolina performing picket and garrison duty until Sherman's arrival and the close of the war, and was mustered out of the service at Raleigh, Aug. 28, 1865. During the term of service the total loss of the organization was 37 deaths from wounds and 85 from other causes. 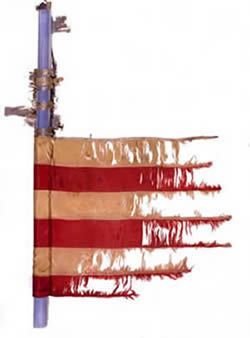 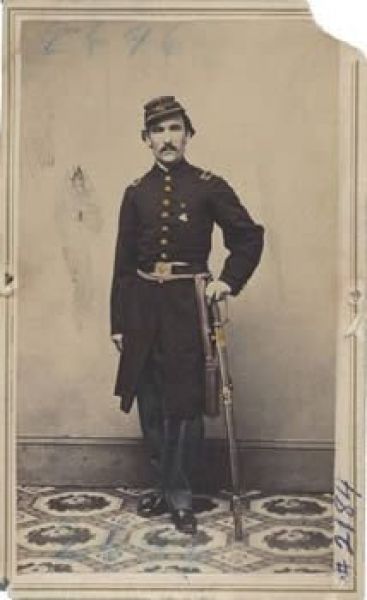 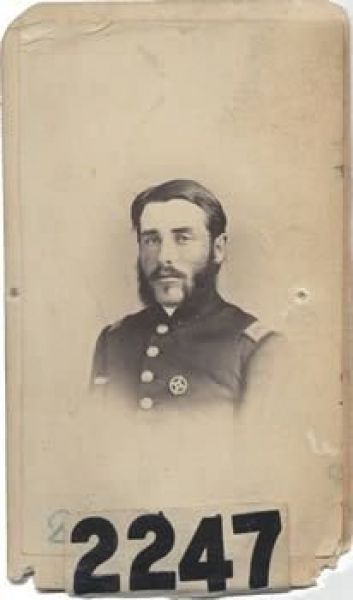 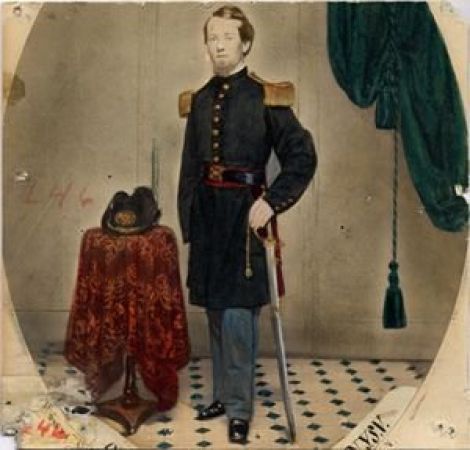 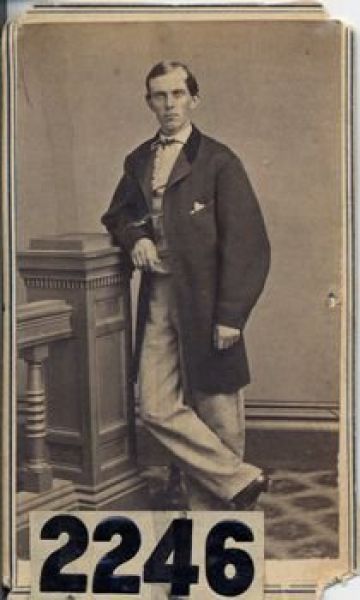 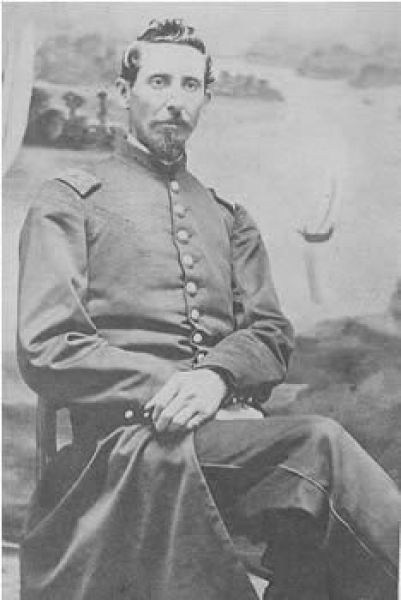 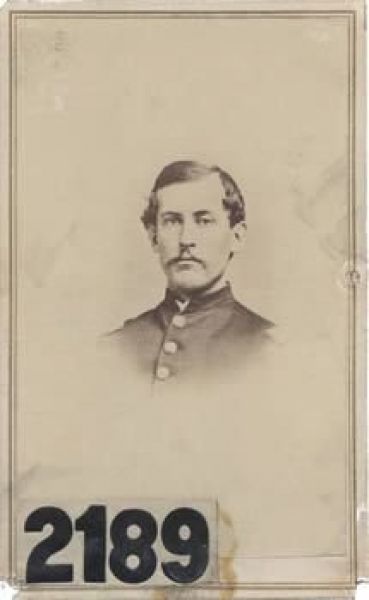 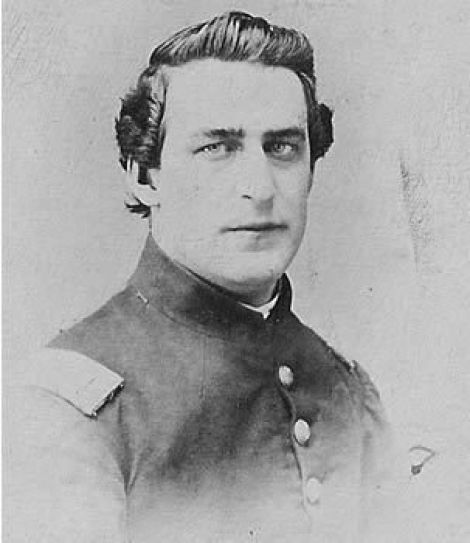 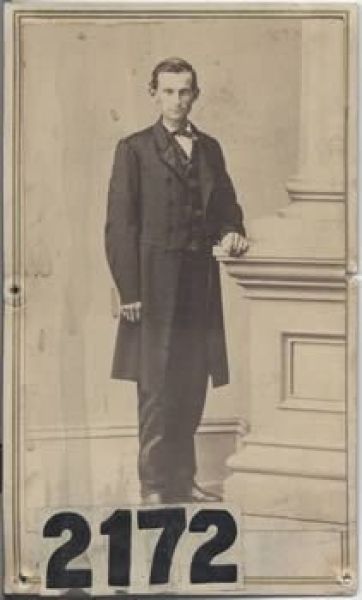 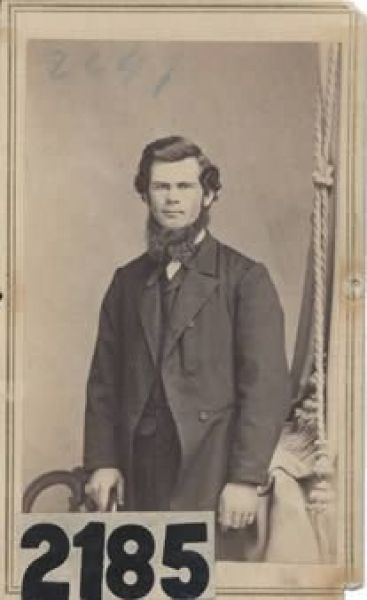 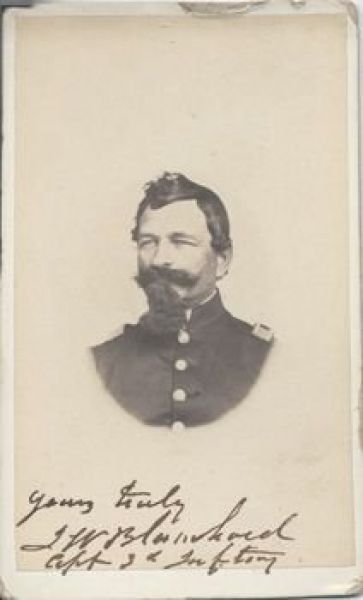 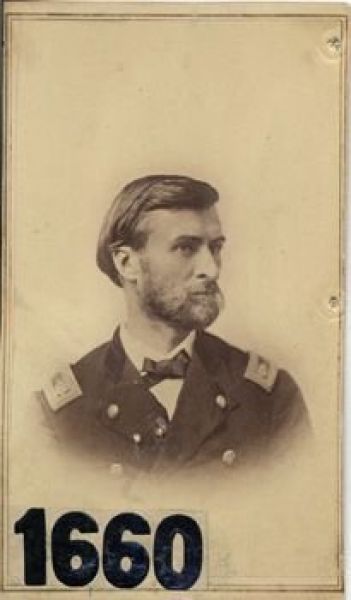 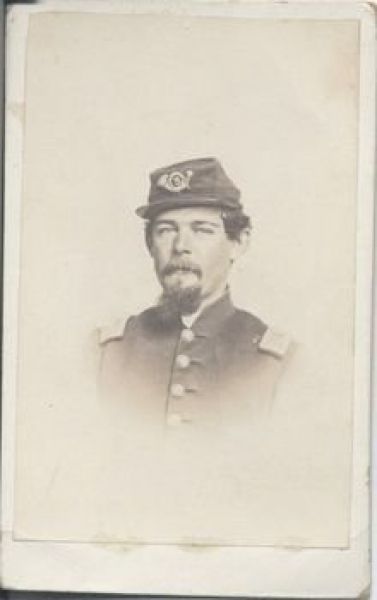 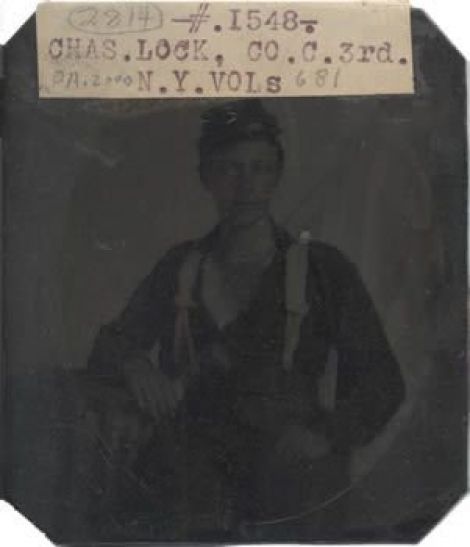 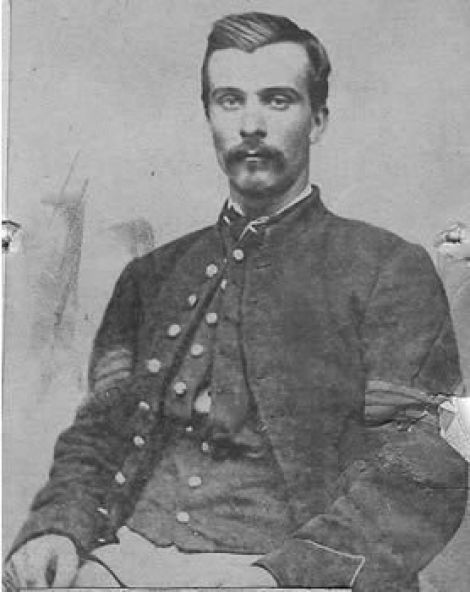 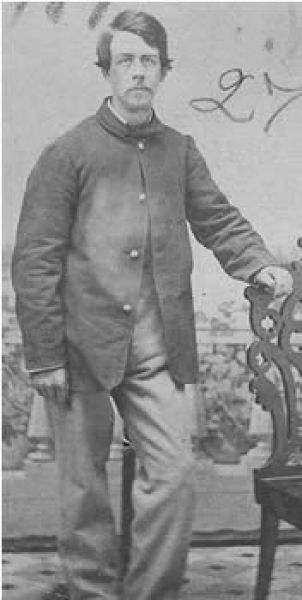 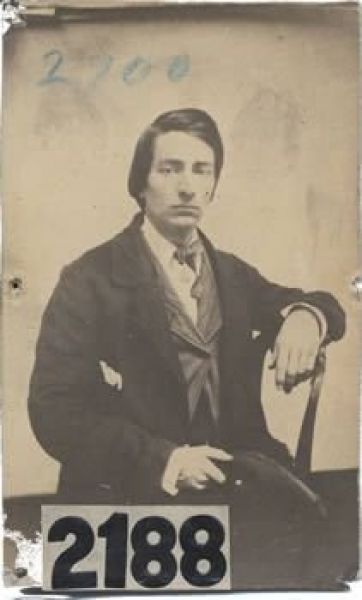 Clark, John W. "A memorial of Captain Stephen W. Fullerton, Jr. of the Third regiment of New-York volunteers, who died September 11, 1861, at Newburgh, of disease contracted while in the service of his country, aged 26 years." [Newburgh, 1861] 4 p. Funeral sermon by John W. Clark.
Located at the Henry E. Huntington Library in San Marino, CA.

Dyer, Frederick H. A Compendium of the War of the Rebellion. Vol. 2. Dayton, OH: Morningside, 1979.
See p. 1406 for a concise summary of the regiment's service.

Randall, James W. Papers, 1861-1886 (bulk 1861-1864).
Abstract: Group of letters and other papers related to Randall's military service during the Civil War. The letters mention troop movements and military engagements in the vicinity of Charleston, South Carolina. They also concern routine matters such as camp life, drill, and picket duty. Other papers relate to the military pension application filed by his family.
Originals located at the New York State Library.

Raus, Edmund J. Where duty called them : the story of the Samuel Babcock family of Homer, New York, in the Civil War. Schroeder Publications, 2001.

Thompson, David L. "In the ranks to the Antietam." Battles and leaders of the Civil War ... : being for the most part contributions by Union and Confederate officers. Based upon "The Century War series.". New York: Century Co, 2 c1887. 556-558.

Thompson, David L. "With Burnside at Antietam." Battles and leaders of the Civil War ... : being for the most part contributions by Union and Confederate officers. Based upon "The Century War series.". New York: Century Co, 2 c1887. 660-662.

Thompson, David Ludlow. David Ludlow Thompson correspondence, 1862-1865.
Abstract: Correspondence, 1862-1865, consisting of letters written during Thompson's Civil War service to his mother, Keturah Sayre Thompson, his sister, and Elias Fairchild. A letter written from a prisoner of war camp in Richmond (Va.) in October 1862 describes his experiences at Antietam. The collection includes a wooden spoon which he carved in Libby Prison. Other letters, written while he was serving with the 9th New York (Hawkins' Zouaves), and later with the 3rd New York, describe army life, mainly in Virginia and South Carolina, and discuss news of family and friends, with occasional political comments. A letter dated August 1863 describes his time in an army hospital in Portsmouth (Va.) He writes vividly and with wit about the weather, the meagre and inedible rations, the ill-fitting garments provided by the U.S. Sanitary Commission, his poor attempts to mend his clothing, his scurvy, and his troubles with lice and other vermin. The letters are accompanied by (inaccurate) typed transcripts, as well as some biographical information and photocopies of published articles by Thompson about his Civil War experiences.
Located at the New York Historical Society.