This regiment, Col. Isaac F. Quinby, was organized at Elmira, accepted by the State for a service of two years, numbered May 8, 1861, and mustered in the service of the United States for three months, May 14, 1861, at Elmira. At the request of the general government, the Governor of the State, August 2, 1861, ordered the regiment into the service of the United States, for the unexpired portion of its term of State service. Company G, Capt Geo. W. Lewis, was transferred to the 3d N. Y. Volunteer Cavalry as Company K, September 1, 1861. October 29, 1861, Company K was consolidated with Company A and a new company took its place. In November, 1861, a new Company G joined the regiment. January 10, 1862, a new Company I, recruited for the unexpired term of service of the regiment, joined the regiment, replacing the original Company I, consolidated with the other companies October 29, 1861. Two companies, recruited for three years, joined the regiment October 31, 1862, taking the place of Companies H and K, consolidated with Companies D and G, respectively, on that date. April 27, 1863, all the three years' men were transferred to Companies H and K, and June 23, 1863, these companies were transferred to the 140th N. Y. Volunteers.
The companies were recruited principally. A, C, D, E, F, G, H and I at Rochester; B at Dansville, and K at Brockport; the second Companies G at Dansville; I, H and K at Rochester; third Company K at Rochester.
The regiment left the State May 30, 1861; served at Washington, D. C., from May 31, 1861; in 3d Brigade, 1st Division, Army of Northeastern Virginia, from July 16, 1861; at Fort Corcoran, D. C., from August 4, 1861; in Martindale's Brigade, Porter's Division, Army of the Potomac, from October 15, 1861; in same brigade and division, 3d Corps, Army of the Potomac, from March 13, 1862; in the 1st Brigade, 1st Division, 5th Corps, Army of the Potomac, from May, 1862; Companies H and K as Provost Guard from May, 1863; and May 12, 13 and 14, 1863, the regiment, commanded by Lieut.-Col. Francis A. Schoeffel, was honorably discharged and mustered out at Rochester.
During its service the regiment lost by death, killed in action, 2 officers, 61 enlisted men; of wounds received in action, 2 officers, 20 enlisted men; of disease and other causes, 44 enlisted men; total, 4 officers, 125 enlisted men; aggregate, 129; of whom 2 enlisted men died in the hands of the enemy.

Thirteenth Infantry.-Cols., Isaac F. Quimby, John Pickell, Eli-sha G. Marshall; Lieut.-Cols., Carl Stephan, Francis A. Schoeffel; Majs., Oliver L. Terry, Francis A. Schoeffel, George Hyland, Jr. The 13th, the "Rochester regiment," composed of eight companies from Rochester, one from Dansville and one from Brockport, was mustered into the U. S. service at Elmira for a term of three months. It left Elmira on May 29, 1861, for Washington with the 12th, and camped on Meridian hill until June 3, when it was ordered to Fort Corcoran, where it was employed in construction work until the opening of the Manassas movement. It then became a part of the 3d brigade, 1st division, Army of Northeastern Virginia; was engaged at Blackburn's ford, and was active at Bull Run, losing 58 members. In August, under special orders, the regiment was mustered into the U. S. service for the remainder of the two years' term for which it had been accepted for state service. As in the case of the 12th the order was received with dissatisfaction, so openly expressed that some members of the 13th were sentenced to the Dry Tortugas for discipline, but afterward returned to the regiment. From Oct. 1 to March 10, 1862, the 13th performed guard and picket duty along the Potomac near Georgetown and was then assigned to Martindale's brigade, Porter's division, 3d corps, with which it participated in the Peninsular campaign. It had its share of the arduous duties in the siege of Yorktown, the tiresome marches on the Peninsula; and lost heavily in the Seven Days' battles. In May, 1862, it was assigned to the 1st brigade, 1st division, 5th corps, and after the Peninsular campaign and a brief rest at Harrison's Landing moved to join Gen. Pope. In the second battle of Bull Run the regiment was closely engaged and out of 240 in action, suffered a loss of 45 killed and many wounded and missing. Withdrawing to Washington, the regiment proceeded from there to the front; was held, in reserve at Antietam and went into camp at Sharpsburg, after a sharp encounter with the enemy at Shepherdstown. It reached the vicinity of Fredericksburg on Nov 19 and lost heavily in the battle there the following month. Returning to its former camp, the 13th participated in the "Mud March" and thereafter remained in winter quarters until the end of April, 1863, when the term of enlistment expired. The original two years men were mustered out at Rochester, May 14, 1863, and the three years' men and recruits were consolidated into two companies which were attached to the I40th N. Y. The total strength of the regiment was 1,300 men; its loss by death from wounds was 85 and from disease, accident or imprisonment 44. 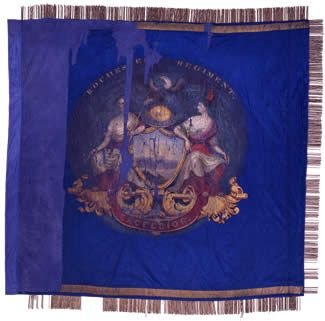 In May 1861, the “ladies of Rochester” presented this custom-made Regimental color to the 13th New York Volunteers. The flag features a stylized,… 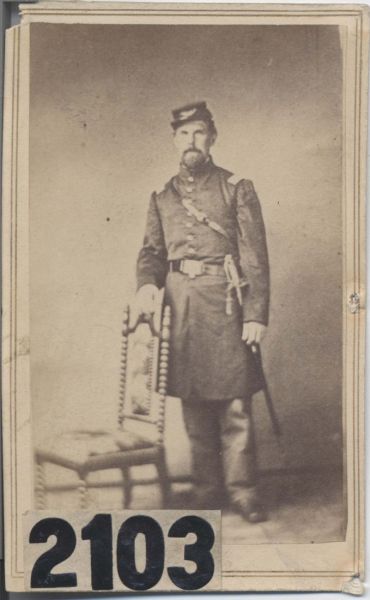 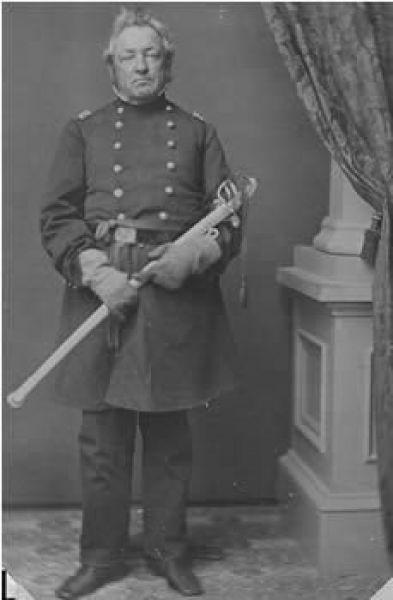 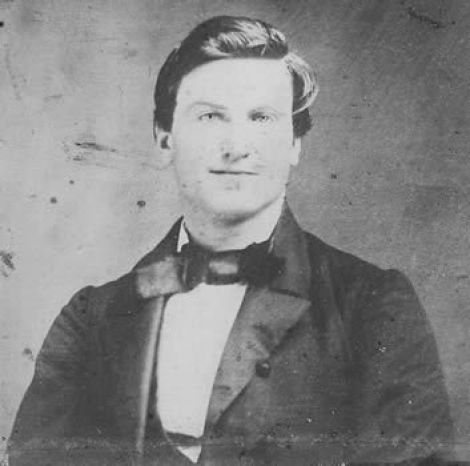 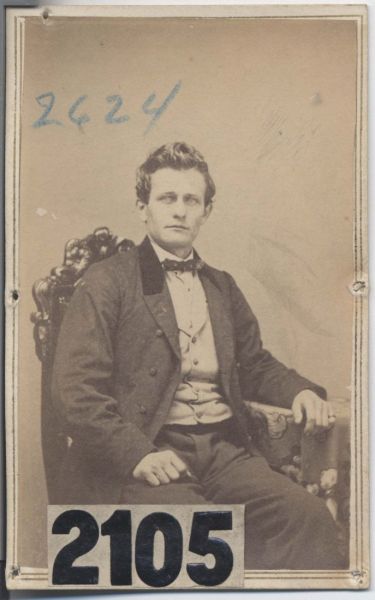 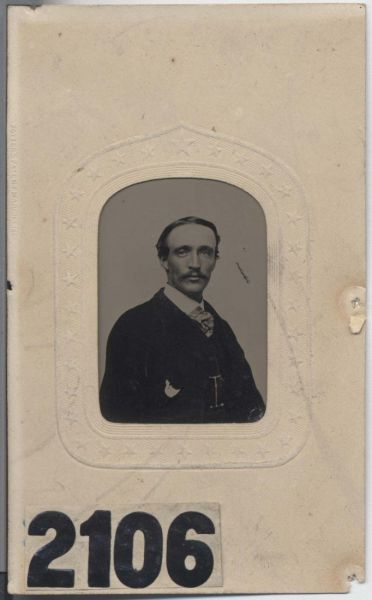 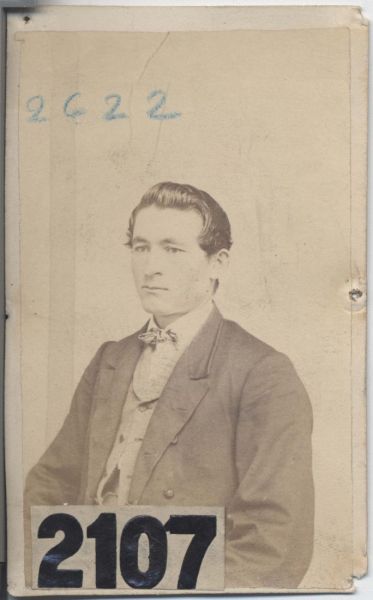 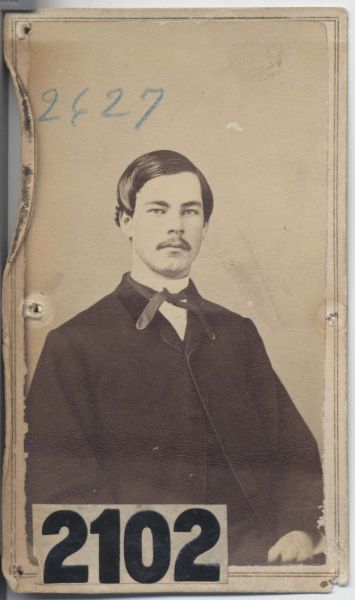 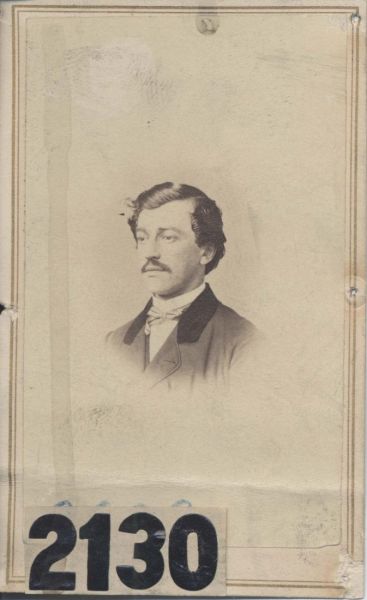 Slater, John S. "An address to the soldiers of the Army of the Potomac, and especially to the surviving members of the Fifth corps, containing a brief re view of the case of Gen. Fitz John Porter, by one who served under him. Washington, D. C." Thomas McGill & co., 1880.

Slater, John S. "One of the wounded." : How it feels to be among the dead and dying on a battlefied." The Philadelphia Weekly Times. VIII :51 7 February 1885.
Transcribed, annotated and donated by Ed Worman.