The following is taken from New York in the War of the Rebellion, 3rd ed. Frederick Phisterer. Albany: J. B. Lyon Company, 1912.
This regiment, Col. William Dutton, was organized at Albany, February 5, 1862, by the consolidation of two incomplete, the Lyons and the Malone, regiments. The eight companies of the latter were consolidated into seven, and formed Companies A, B, C, D, E, G and H; the five of the former, consolidated into three, formed Companies F, I and K of the new regiment. The companies of the Malone Regiment were mustered in the service of the United States for three years, at Malone, February 6, 1862; those of the Lyons Regiment at Lyons, February 1, 1862. At the expiration of its term of enlistment, the men entitled thereto were discharged and the regiment retained in service. June 19, 1865, the men of the 139th Infantry, not discharged with it, were assigned to this regiment.
The companies were recruited principally: A, B, C and E at Malone; D and G at Bangor; H at Fort Covington; F, K and I at Lyons. The 34th Militia formed the nucleus of the regiment, which contained, also, a few St. Regis Indians.
The regiment left the State March 8, 1862; served in Palmer's, 3d, Brigade,, Casey's, 3d, Division, 4th Corps, Army of the Potomac, from March, 1862; in 1st Brigade, 2d Division, 4th Corps, from June, 1862; in 1st, Naglee's, Brigade, Peck's. Division, 4th Corps, from July, 1862; at Yorktown, Va., from August, 1862; in Naglee's Brigade, 1st Division, Department of North Carolina, from December, 1862; in 1st Brigade, 2d Division, 18th Corps, in South Carolina, from January 11, 1863; in the District of Beaufort, N. C., from May, 1863; at Newport News, Va. from October, 1863; at Portsmouth, Va., from November, 1863; in the District of Currituck, Va., from December, 1863; in 1st Brigade, 1st Division, 18th Corps, Army of the James, from April, 1864; in New York harbor, in November, 1864; in the 1st Brigade, 3d Division, 24th Corps, from December, 1864; in the 2d Brigade, 3d Division, 24th Corps, from June, 1865; and it was honorably discharged and mustered out, under Col. William Kreutzer, August 31, 1865, at Richmond, Va.
During its service the regiment lost by death, killed in action, 2 officers, 61 enlisted men; of wounds received in action, 2 officers, 37 enlisted men; of disease and other causes, 4 officers, 132 enlisted men; total, 8 officers, 230 enlisted men; aggregate, 238; of whom 22 enlisted men died in the hands of the enemy.

The following is taken from The Union army: a history of military affairs in the loyal states, 1861-65 -- records of the regiments in the Union army -- cyclopedia of battles -- memoirs of commanders and soldiers. Madison, WI: Federal Pub. Co., 1908. volume II.
Ninety-eighth Infantry.—Cols., William Dutton, Charles Dur-kee, Frederick M. Wead, William Kreutzer; Lieut.-Cols., Charles Dur-kee, Frederick M. Wead, William Kreutzer, William H. Rogers; Majs., Albon Manrn, George H. Clark, William Hunt Rogers, Albert C. Wells. The p8th, the Wayne county regiment, was re-cruited mainly in Wayne county and mustered into the U. S. service at Malone and Lyons in Feb., 1862, for a three years' term. It left for Washington on March 8; was assigned to the 3d brigade, 3d division, 4th corps, with which it embarked for the Peninsula; was present at the siege of Yorktown and the battles of Williams-burg and Savage Station, but was not closely engaged until the battle of Fair Oaks, where the total loss of the regiment was 71 killed, wounded or missing. It was held in reserve during the Seven Days' battles and stationed at Yorktown at the time of the second battle of Bull Run. Assigned to the Department of North Carolina in Dec., 1862, it became a part of the 1st brigade, 2nd division, 18th corps in Jan., 1863, and served until the following October at various posts held by that corps. Returning to Virginia, it served un-til April, 1864, at Newport News, Portsmouth and in the Currituck district, and was then attached to the 1st brigade, 1st division, 18th corps, until the organization of the 24th corps in December, when it became a part of the 3d division of that corps, with which it remained during the war. It was engaged at Swift creek and Proc-tor's creek, Drewry's bluff and Bermuda Hundred, in May, 1864; joined the Army of the Potomac before Cold Harbor and there lost 114 in killed, wounded and missing; was active in the battles at Fort Harrison, Fair Oaks, and in the final assault on the Petersburg works, April 2, 1865. The regiment was mustered out on Aug. 31, 1865, at Richmond, having lost 102 by death from wounds and 136 by death from accident, imprisonment or disease. From. June 19, 1865, the 139th N. Y. served with the 98th. 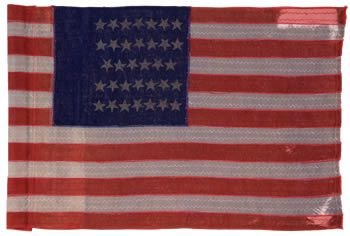 The 98th Regiment, under Colonel William Dutton, organized at Albany in February 1862 when two incomplete units, the Lyons and Malone regiments,… 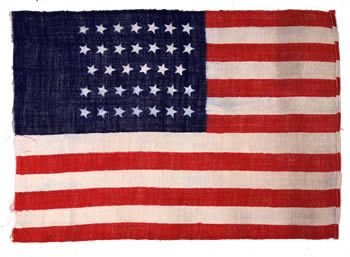 The 98th Regiment, under Colonel William Dutton, organized at Albany in February 1862 when two incomplete units, the Lyons and Malone regiments,…

Balch, Galusha B. Letters to his wife, 1862-1865.
113 items in folders ; 26 x 38 cm. + transcriptions and CD-ROM.
Describes in detail army camp life, battles and skirmishes with Rebs; writes of the men who are killed, wounded and captured or who fall prey to disease or accident; recounts the changing attitude of Southerners toward the war, political views of those whom he served, the quality and character of Union leadership and the evils of slavery; writes of the isolation and loneliness of being apart from his family.
Located at the Boston Public Library.

Kreutzer, William. Notes and observations made during four years of service with the Ninety-eighth N.Y. volunteers, in the war of 1861 by William Kreutzer. Philadelphia: Grant, Faires & Rodgers, 1878.

Rudd, William Beardslee. Correspondence, 1862-1865.
5 items ; 31 x 20 cm. or smaller.
Letters from fellow members of the 98th Regiment of New York Infantry after his return home to Lyons, N.Y.; Charles Roys asks Rudd to forward the sword he sent to Prof. North as a trophy for the library of Hamilton College.
Located at the Connecticut Historical Society.

Wead, Frederick F. 1823-1896 ; bulk, 1861-1865. Papers.
1 box (.30 cu. ft.).
Civil War papers of Frederick F. Wead of Malone, NY include letters written to his father, S.C. Wead, as an officer in the 16th New York Infantry Regiment (May-Sep. 1861), as aide-de-campe to Gen. Henry W. Slocum on detached service (Sep. 1861-Aug. 1862), and as Lt. Col. of the 98th New York Infantry Regiment (Sep. 1862-1864). Wead's letters describe camp life, garrison duties, time awaiting marching orders, and action seen during the Peninsular Campaign, in particular at Yorktown, Gaines's Mill, and Harrison's Landing (1862), and at Drewry's Bluff (1864). Wead was killed at the Battle of Cold Harbor on 3 June 1864. Additional subjects include Wead's support of Gen. George McClellan in 1861 and 1862 and charges made against Wead as commander of the 98th NY in North Carolina stemming from a dispute with Col. Draper of the 2nd NC Colored Volunteers regarding the latter's burning of houses and the taking of two women as hostages. Also included are manuscript maps of engagements at Chickahominy and Yorktown, returns for ordnance for the 98th NY, and letters to S.C.
Located at the New York State Library Manuscripts and Special Collections.