The following is taken from New York in the War of the Rebellion, 3rd ed. Frederick Phisterer. Albany: J. B. Lyon Company, 1912.
June 30, 1862, Gen. Schuyler F. Judd received authority to recruit this regiment; it was organized under Colonel Judd and his successor, Col. Edward C. James, at Ogdensburg, and there mustered in the service of the United States for three years August 27, 1862. June 2, 1865, the men not to be mustered out with the regiment were ordered to be transferred to the 49th Infantry; the order was, however, revoked.
The companies were recruited principally: A at Oswegatchie; B at Morristown; C at Oswegatchie, DePeyster and Macomb; D at Ogdensburg; E at Potsdam; F at Massena, Brasher and Louisville; G at Madrid and Stockholm; H at Malone and Lawrence; I at Malone and Ogdensburg; and K at Canton, Colton and Edwards.
The regiment left the State August 28, 1862; served in the Railroad Division, 8th Corps, Middle Department, from August, 1862; in West Virginia, Department of the Ohio, in September, 1862; in Railroad Division, District of West Virginia, from October, 1862; in 1st Brigade, Railroad Division, 8th Corps, Defenses of the Upper Potomac, Middle Department, from January, 1863; in 3d Brigade, 1st Division, 8th Corps, from March, 1863; in 3d Brigade, 3d Division, 3d Corps, Army of the Potomac, from July 10, 1863; in 1st Brigade, 3d Division, 6th Corps, from April, 1864; and it was honorably discharged and mustered out, under Maj. Edward M. Paine, June 22, 1865, near Washington, D. C.; the men ordered to be transferred to the 49th Infantry were, under Lieut-Col. Alvah W. Briggs, mustered out and honorably discharged June 27, 1865.
During its service the regiment lost by death, killed in action, 8 officers, 77 enlisted men; of wounds received in action, 2 officers, 49 enlisted men; of disease and other causes, 4 officers, 163 enlisted men; total, 14 officers, 289 enlisted men; aggregate, 303; of whom 52 enlisted men died in the hands of the enemy.

The following is taken from The Union army: a history of military affairs in the loyal states, 1861-65 -- records of the regiments in the Union army -- cyclopedia of battles -- memoirs of commanders and soldiers. Madison, WI: Federal Pub. Co., 1908. volume II.
One Hundred and Sixth Infantry.—Cols., Schuyler F. Judd, Edward C. James, Frederick E. Embrick, Lewis F. Barney, Andrew N. McDonald; Lieut.-Cols., Edward C. James, Fred. E. Embrick,, Charles Townsend, Andrew N. McDonald, Henry C. Allen, A. W. Briggs; Majs., Charles Townsend, Andrew N. McDonald, Edward M. Paine, Henry C. Allen, William P. Huxford. This was a St. Lawrence county regiment, organized at Ogdensburg, and there mustered into the U. S. service for three years Aug. 27, 1862. It left the state the following day and during its long period of service established a reputation for itself which entitles it to rank among the three hundred fighting regiments of the war. It took part in the following battles: Fairmount and Martinsburg, W. Va.; Culpeper, Mine Run, Wilderness, Spottsylvania, North Anna river, Totopotomoy, Cold Harbor first assault on Petersburg, and the Weldon railroad, Va.; Monocacy, Md., Charlestown, W. Va., Opequan, Fisher's hill, Cedar Creek, Va.; fall of Petersburg, Sailor's creek, and was present at Wapping heights, siege of Petersburg, Hatcher's run and Appomattox. After leaving the state it served first in the railroad division, 8th corps, Middle Department, and was then ordered to New creek, W. Va. The following is quoted from Col. Fox's account of the regiment: "Companies D and F were captured, April 29, 1863, at Fairmount, W. Va., where they defended a railroad bridge for several hours against a large force of Confederates. The captured men were immediately released on parole. The regiment left North mountain, June 13, 1863, and, with the other troops in that vicinity, retired before the advance of Lee's army. It joined the Army of the Potomac, July 10, 1863, while near Frederick, Md., and with other new material was organized as the 3d division (Carr's) of the 3d corps. This division was transferred in March, 1864, to the 6th corps, and its command given to Gen. Ricketts. While in the 6th corps the regiment saw hard service and almost continuous fighting. At Cold Harbor it lost 23 killed, 88 wounded, and 23 missing,—Lieut.-Col. Charles Townsend and 3 other officers being among the killed. The corps was ordered soon afterward to Maryland, where, at the battle of Monocacy, the regiment sustained another severe loss. It was actively engaged in the Shenandoah Valley, in all the battles of the corps, and then, returning to Petersburg, participated in the final campaign. At Spottsylvania the casualties in the regiment aggregated 6 killed and 32 wounded; at the Opequan, 6 killed, 45 wounded, and 3 missing; and at Cedar creek, 8 killed and 45 wounded. Gen. Ricketts was wounded at Cedar creek, after which the division was commanded by Gen. Seymour." The regiment was mustered out at Washington, D. C., June 22 and 27, 1865. During its term of service it lost 10 officers and 27 men killed and died of wounds; 4 officers and 166 men died of disease, accident, etc., a total of 307, of whom 52 men died in prison. The total enrollment was 1,367, of whom 10 per cent. were killed in action. 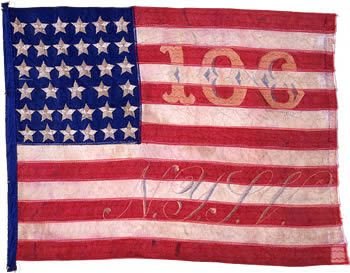 A pair of silk general guide flags in the US National pattern with 35 embroidered stars in six horizontal rows of 6-6-6-5-6-6, semi-block numbers with… 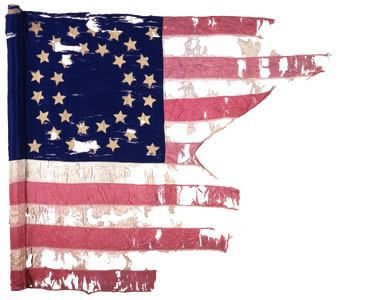 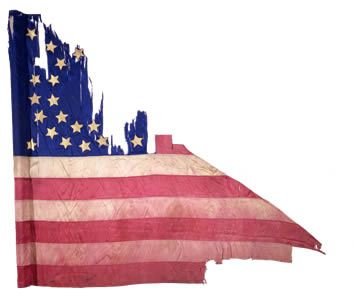 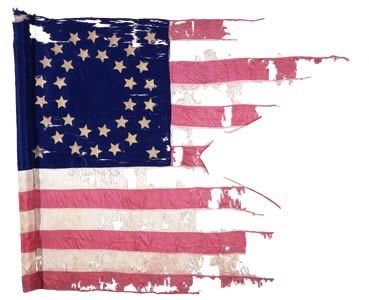 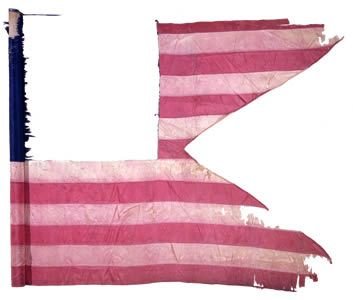 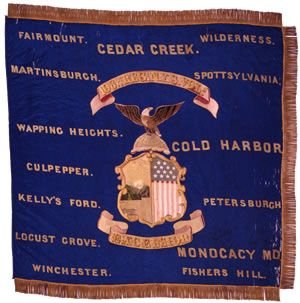 Droegemeyer, James R. He is our colonel and we are his soldiers" : when the 106th New York Volunteer Infantry came to Virginia (West Virginia). S.l. : s.n., 2007.
Thank you to Tim Snyder for pointing out this resource.

Lynch, John Wheaton. John Wheaton Lynch papers, 1860-1866.
The collection contains letters John Wheaton Lynch wrote to his fiancee Elizabeth (Bessie) J. Mustin. The letters span from April 1860 to June 1865, shortly before their marriage. A large number of letters chronicle John's service in the 106th Pennsylvania Volunteers during the Civil War. The single letter from 1866 was written by Bessie to John, and a few letters to Bessie from others are mingled in with John's letters. Besides the letters, there are a few sketches and clippings that John sent to Bessie. 154 items.
Located at the Historical Society of Pennsylvania.

Townsend, Charles. Letters (1861-1863).
Letters sent to Townsend's family relating to his involvement in the fall of Harper's Ferry and subsequent investigation by the U.S. Army Court of Inquiry. 17 Items.
Located at the New York State Library Manuscripts and Special Collections.

Whitford, James W. Letter (November 11, 1864).
Letter written at camp near Winchester, Virginia, in which Whitford described the action he had seen during the battle of Cedar Creek. 1 Item.
Located at the New York State Library Manuscripts and Special Collections.