The following is taken from The Union army: a history of military affairs in the loyal states, 1861-65 -- records of the regiments in the Union army -- cyclopedia of battles -- memoirs of commanders and soldiers. Madison, WI: Federal Pub. Co., 1908.
Third Provisional Cavalry.—Col., Nelson B. Sweitzer; Lieut.-Col., Nathaniel Coles; Majs., George B. Bosworth, John Birdsall, Charles H. Hatch. This regiment was formed by the consolidation of the 13th and 16th regiments of cavalry on June 23, 1865. Col. Sweitzer was given the command of the new organization, which was mustered out of service on Sept. 21, 1865, at Camp Barry, near Washington, D. C. Its loss from disease and other causes was 4 enlisted men. 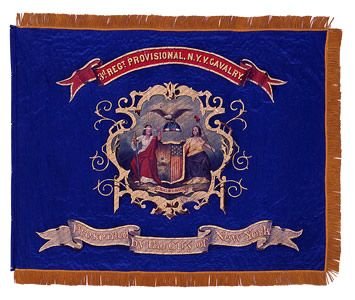