This regiment, composed of Germans, was organized under State authority and recruited in New York city, and there mustered in the service of the United States for two years, April 23, 1861. It received its numerical designation, May 13, 1861, and, commanded by Col. Louis Blenker, left the State, May 26, 1861.
The regiment served at Washington, D. C., from May, 1861; in the 1st Brigade, 5th Division, Army Northeastern Virginia, from July, 1861; in Blenker's Brigade, Division of the Potomac, from August 4, 1861; in Blenker's Division, Army of the Potomac, from October 15, 1861; in Stahel's Brigade, Blenker's Division, Army of the Potomac, from January, 1862; in 1st Brigade, same division, Mountain Department, from May, 1862; in 1st Brigade, 1st Division, 1st Corps, Army of Virginia, from June 26, 1862; and in the 1st Brigade, 1st Division, 11th Corps, Army of the Potomac, from September, 1862. April 22, 1863, the three years' men were formed in one company — Independent Company, 8th Infantry —and attached to the headquarters of the nth Corps as Provost Guard; they remained on this duty until April 5, 1864, when they were transferred to the 68th Infantry. April 23, 1863, the regiment, commanded by Col. Felix Prince Salm, was honorably discharged and mustered out at Brooks' Station, Va.
During its service the regiment lost by death, killed in action, 64 enlisted men; of wounds received in action, 29 enlisted men; of disease and other causes, I officer, 39 enlisted men; total, 1 officer, 132 enlisted men; aggregate, 133; of whom 20 enlisted men died in the hands of the enemy.

Colonel Felix Prince Salm received authority, May 11, 1863, to reorganize the 8th Regiment, of infantry, mustered out by reason of expiration of service, for a term of service of three years. This authority was revoked, October 14, 1863, and the men enlisted were assigned to the 178th Infantry.

Eighth Infantry.—Cols., Louis Blenker, Julius Stahel, Francis Wutschell, Felix P. Salm; Lieut.-Cols., Julius Stahel, Francis Wutschell, Carl B. Hedterich; Majs., Andrew Lutz, Carl B. Hedterich, Anthony Pokorny. The 8th (the 1st German Rifles) was recruited in New York city, there mustered into the U. S. service on April 23, 1861, for two years, and left for Washington on May 27. At Miller's farm the troops encamped and on July 10 were ordered to move toward Manassas as part of the 2nd brigade, 4th division of the Army of the Potomac. During the battle of Bull Run the 8th was held in reserve and assisted in covering the retreat. The following winter it was quartered at Roach's mills and Hunter's Chapel, Va.; moved to Winchester in March, 1862, and in May joined Gen. Fremont at Petersburg, W. Va. It participated in the pursuit of Gen. Jackson in the Shenandoah Valley, and as part of Blenker's division fought at the battles of Cross Keys and New Market. In the battle of Cross Keys its killed, wounded and missing numbered 220 out of a total of 550 engaged. At Middletown, the 8th was assigned to the 1st brigade, 1st division, 1st corps, Army of Virginia, under Gen. Pope, and with that army took part in the battles of Sulphur springs and the second Bull Run. In September, it became a part of the nth corps and reached Fredericksburg immediately after the battle; camped during the winter at Stafford Court House and Brooks' station, and was mustered out of the service at the latter place on April 23, 1863. The members whose term of service had not expired were formed into one company, the independent company 8th N. Y., and performed guard duty at the corps headquarters until April 5, 1864, when they were assigned to the 68th N. Y. The 8th lost 93 members by death from wounds, and 40 from disease, accident and imprisonment. 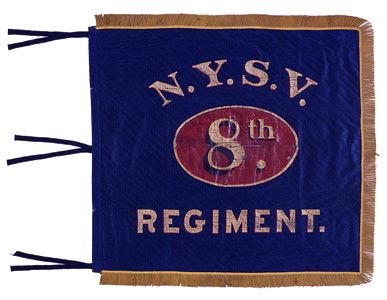 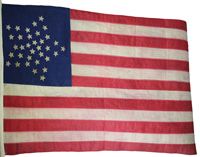 This silk national color carried by the 8th Regiment NY Volunteer Infantry includes 34 embroidered stars arranged in a star pattern in the canton. The… 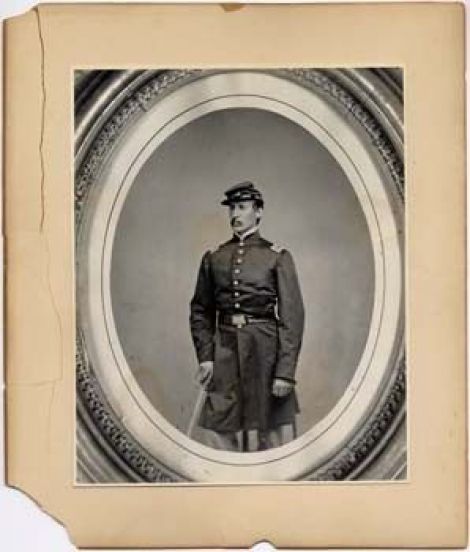 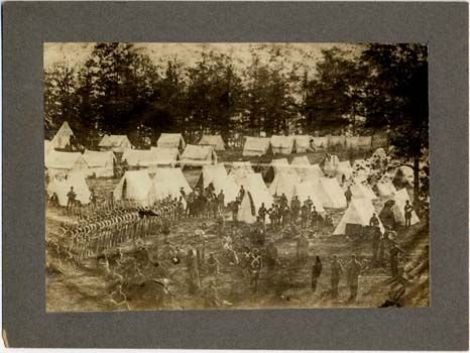 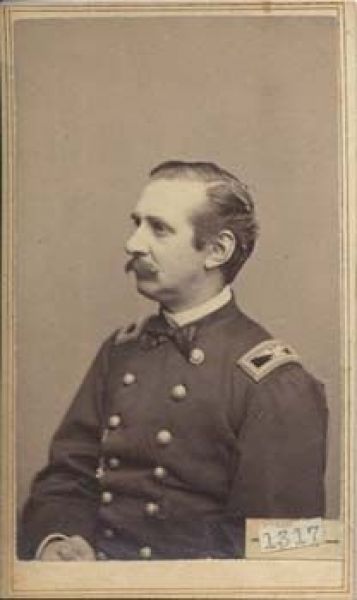 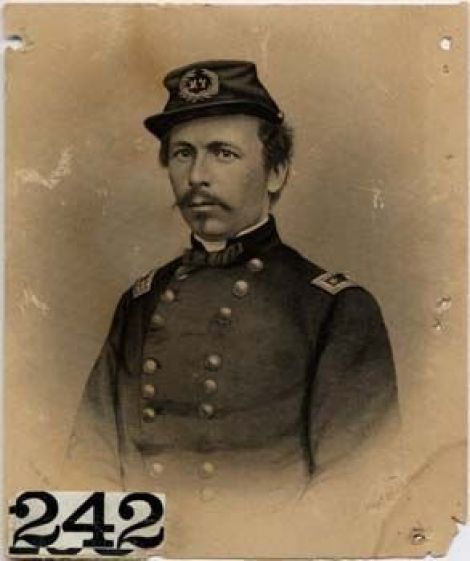 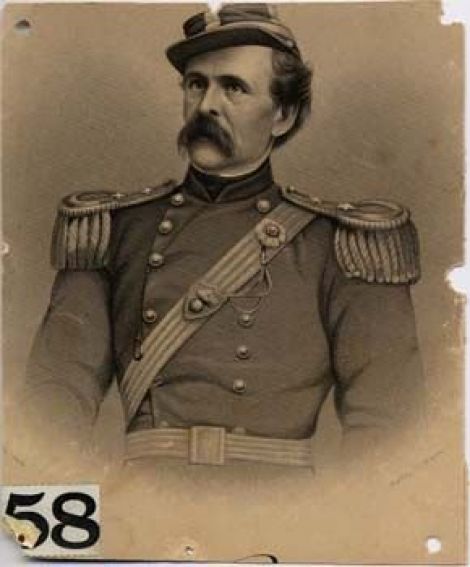 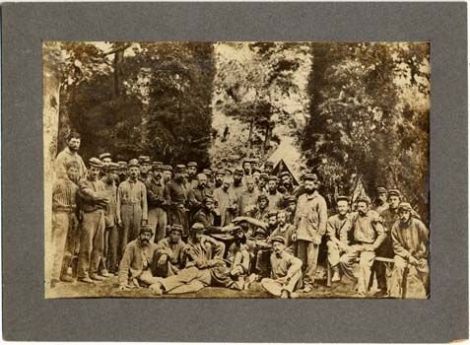 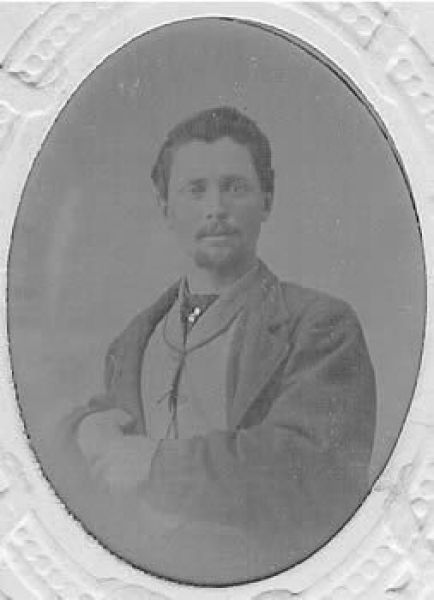 The Star Extra, Tuesday, July 9 - 11 A.m: A Great Sensation! a Flag of Truce from the Enemy!Washington, D.C.?: Star, 1861. Print.
Includes: A sealed letter from Jefferson Davis to President Lincoln arrives! -- An emeute among the Garibaldians! -- Insurbordination [of the First German Rifles of New York for refusing to take a new musket] -- Distressing accident , Rhode Island artillerymen killed and wounded.

The Union Army: A Record of the Names of the Volunteer Soldiers Who Take Up Arms for the Defense of the Union. New York: Published by J.F. Haasis, 1800. Print.
Bibliomation, Inc.

Wisner, Dolphus S. Papers, 1863-1865.
Description: 5 items.
Abstract: Collection consists of a three-volume Civil War diary (536 pp. of text) kept by Wisner from January 1, 1863 to November 13, 1864; a letter from Wisner to his wife in 1865; and a photograph of him in uniform. His stations included Fort Federal Hill, Fort McHenry and Fort Marshall, all near Baltimore, Md. In the diaries, he recorded the day-to-day activities of being a soldier including the routine tasks of drills, dress parades and guard duty. He describes Baltimore (June, 1863) as the city prepared for a Confederate attack. Other topics included the weather, his health, mail, news from the front, prisoner arrivals, and more unusual duties such as collecting taxes for recovery of damages to the Cape Charles Light House, and protecting the ballot box. Some of his other activities included going to the theater, shopping for books, carpentry, and attending meetings of the Sons of Temperance.
Located at Duke University.