This regiment, Col. Wm. LaDue, was accepted by the State May 24, 1861; organized at Albany, and there mustered in the service of the United States for two years June 15, 1861. Part of the 38th Militia entered this regiment. June 8, 1863, its three years' men were tarnsferred to the 82d Infantry.
The companies were recruited principally: A at West Troy; B at Little Falls; C at Graysville and Norway; D at Champlain; E at Addison; F and G at Herkimer; H at Crown Point; I at Hammondsport, and K at Salisbury.
The regiment left the State July 3, 1861; served at and near Washington, D. C., from July 5, 1861; in Stone's Brigade, Division of Potomac, from August 4, 1861; in 2d, Gorman's, Brigade, Stone's Division, Army of the Potomac, from October 15, 1861; in same brigade, Sedgwick's Division, 2d Corps, Army of the Potomac, from March 13, 1862; in 1st Brigade, 2d Division, 2d Corps, Army of the Potomac, from May, 1862; and was honorably discharged and mustered out, under Col. Byron Laflin, June 30, 1863, at Albany.
During its service the regiment lost by death, killed in action, 1 officer, 65 enlisted men; of wounds received in action, 2 officers, 26 enlisted men; of disease and other causes, 1 officer, 67 enlisted men; total, 4 officers, 158 enlisted men; aggregate, 162.

Thirty-fourth Infantry.—Cols., William La Due, James A. Suiter, Byron Laflin; Lieut.-Cols., James A. Suiter, Byron Laflin, John Beverly; Majs., Byron Laflin, Charles L. Brown, John Beverly, Wells Sponables. The 34th, the "Herkimer Regiment," was composed of five companies from Herkimer county, two from Steu-ben, one from Albany, one from Clinton and one from Essex coun-ty, and was mustered into the U. S. service at Albany June 15, 1861, for two years. It left the state for Washington on July .3; was quartered at Kalorama heights until July 28, when it moved to Seneca mills and was there assigned to Gen. Stone's brigade. The regiment moved to Edwards ferry on Oct. 21, to Poolesville, Md., Oct. 23, and there established Camp McClellan, which was occupied until Feb. 24, 1862, when orders were received to move to Harper's Ferry. From Oct. 15, 1861, the regiment served in the 2nd brigade of Stone's division, which became in March, 1862, Sedgwick's division, 2nd corps, Army of the Potomac, and in May, 1862, the brigade became the 1st brigade, 2nd division, 2nd corps. The early part of March, 1862, was spent in camp at Berryville, Va., and later in the month the regiment moved to Washington, where it was ordered to the Peninsula. It shared in the siege of Yorktown; lost •97- members killed, wounded or missing at Fair Oaks, and again lost heavily during the Seven Days' battles. It was then in camp at Harrison's landing until Aug. 15, when it was ordered to Newport News, and there embarked for Acquia creek. Subsequently it returned to Alexandria and was again at the front during the Maryland campaign in. September. At Antietam it lost 154 in killed, wounded and missing, of whom 41 were killed or mortally wound-ed—over 13 per cent. of the 311 engaged. On Nov. 21, 1862, the regiment arrived at Falmouth; participated in the battle of Fred-ericksburg; then went into winter quarters near Falmouth; shared in the "Mud March;" returned to camp and remained there until the Chancellorsville movement in the spring of 1863. In April the regiment moved to Banks' ford; was active at Chancellorsville; returned home on June 9, and was mustered out at Albany June 30, 1863, the three years' men having been transferred to the 82nd N. Y. infantry on June 8. The total enrollment of the regiment was 1,016 members, of whom 93 were killed in action or died of wounds during the term of service and 69 died from other causes. 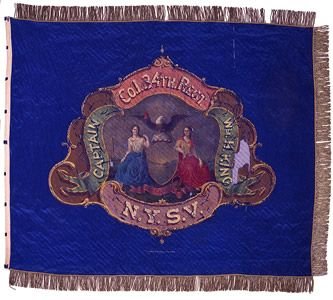 The blue, silk company color carried by Company I, 34th Regiment NY Volunteer Infantry includes a stylized Arms of the State of New York painted to… 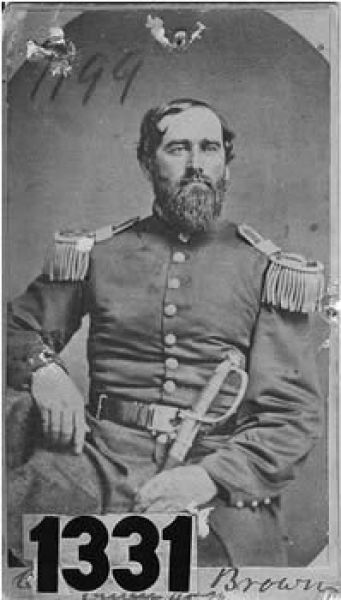 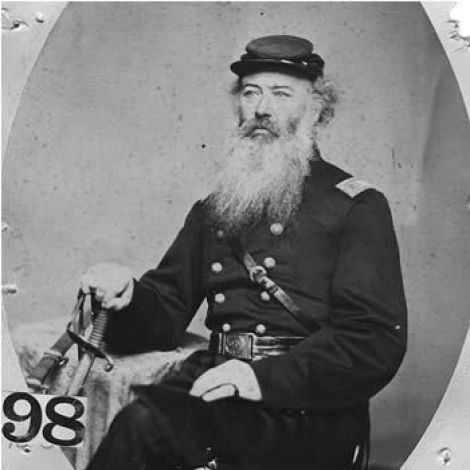 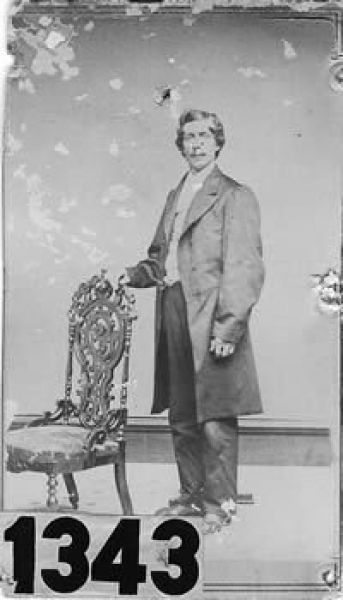 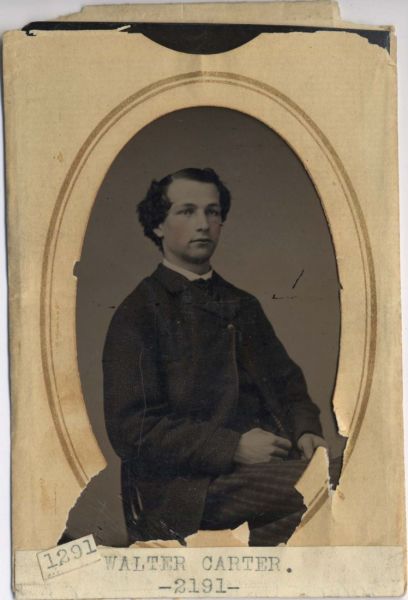 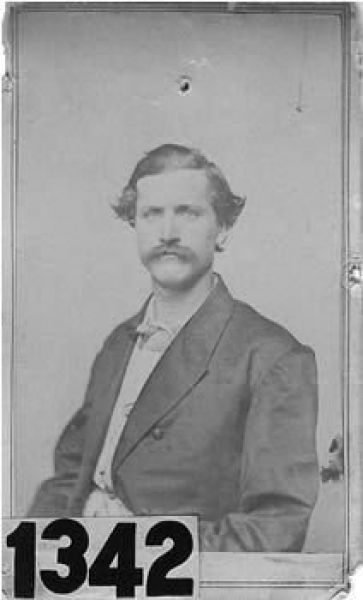 Chapin, Louis N. A brief history of the Thirty-fourth regiment N.Y.S.V., embracing a complete roster of all officers and men, and a full account of the dedication of the monument on the battlefield of Antietam, September 17, 1902, by Lieutenant L. N. Chapin. [New York, 1903].

Ladew, William. Papers of William Ladew (aka La Due), 1826-1934 (bulk 1857-1862).
Year: 1826-1934
Description: 167 pieces. 3 boxes.
Abstract: Letters, orders, communications, dispatches, and other military records accumulated by William Ladew in 1857-1862. Also included are some family records and newspaper clippings.
Note(s): Bio/History: In 1857-1858, William Ladew was Colonel of the 38th Regiment of New York State Militia. In 1861, he organized the 34th Regiment of New York Infantry.
General Info: Organization: Arranged chronologically./ Cards for some individual items are filed in alphabetical section of the Manuscript Catalog.
Located at the Huntington Library, Art Collections and Botanical Gardens.

Moon, Bowen B. "In the Wake of the Battle: an account of a journey to the field at Antietam on a most melanholy mission." LEGACY - Historical Magazine Published By The Herkimer County Historical Society. 2:1 7-10.

Watson, Winslow C. 1803-1884. (Winslow Cossoul) The military and civil history of the county of Essex, New York : and a general survey of its physical geography, its mines and minerals, and industrial pursuits, embracing an account of the northern wilderness : and also the military annals of the fortresses of Crown Point and Ticonderoga. [Ithaca, NY] Cornell University Library Digital Collections, [1995].