This regiment, Col. Edward Frisby, was accepted by the State May 22, 1861; organized at Troy, and there mustered in the service of the United States for two years June I, 1861; December 7, 1862, a new company joined the regiment, becoming Company F, in place of the one consolidated with the other companies. The three years' men of the regiment were transferred to the 76th Infantry May 24, 1863.
The companies were recruited principally: A at Lansingburgh; B and I at Troy; C at Schenectady; D, F and G at Saratoga Springs; E at Poughkeepsie; H at Hoosick Falls and Eagle Bridge, and reorganized at Troy, and K at Kinderhook.
The regiment left the State June 28, 1861; served at and near Washington, D. C, from June 29, 1861, in Keyes' Brigade, Division of Potomac, from August 4, 1861; in 1st, same, Brigade, McDowell's Division, Army of the Potomac, from October, 1861; in 3d, Augur's, Brigade, same division, from January, 1862; in 1st Brigade, 3d, King's, Division, 1st Corps, Army of the Potomac, from March 13, 1862; in 1st Brigade, King's Division, Department of Rappahannock, from May, 1862; in 1st Brigade, 1st Division, 3d Corps, Army of Virginia, from June 26, 1862; in same brigade and division, 1st Corps, Army of the Potomac, from September 12, 1862; and was honorably discharged and mustered out under Col. Wm. M. Searing, June 18, 1863, at Albany, N. Y.
June 23, 1863, Col. Morgan H. Chrysler received authority to reorganize this regiment for mounted and three years' service as the Empire Light Cavalry; later, the designation was changed to 2d Veteran Cavalry, and under that name the reorganization was perfected.
During its service, the regiment lost by death, killed in action, 4 officers, 62 enlisted men; of wounds received in action, 2 officers, 13 enlisted men; of disease and other causes, 2 officers, 31 enlisted men; total, 8 officers, 106 enlisted men; aggregate, 114; of whom 3 enlisted men died in the hands of the enemy.

Thirtieth Infantry.—Cols., Edward Frisby, William M. Searing; Lieut.-Cols., Charles E. Brintnall, William M. Searing, Morgan H. Chrysler; Majs., William M. Searing, Morgan H. Chrysler, Albert J. Perry. The 30th regiment, organized at Troy, was composed of two companies recruited at Saratoga Springs, two at Troy, one each at Lansingburg, Schenectady, Poughkeepsie, Hoosick, Valatie and in Saratoga county, and was mustered into the U. S. service for two years at Troy, June 1,. 1861. It left the state for Washington on June 28; was stationed at Brightwopd and Hunter's Chapel; established winter quarters at Upton's hill until March 10, 1862; left camp with the 1st brigade, 3d division, 1st corps, Army of the Poto-mac (the Iron Brigade) and marched to Manassas; from there to Falmouth, then to Massaponax and Front Royal. Returning to Falmouth, reconnoitering expeditions were undertaken to Orange Court House and Hanover Court House, where skirmishes occurred: With the 1st brigade, 1st division, 3d corps, Army of Virginia, the regiment fought at White Sulphur Springs, at Gainesville, at Grove-ton, and the second Bull Run, losing in the last battle 66 members killed or mortally wounded out of 341 engaged—over 19 per cent The total loss of the command in this campaign was 183 killed, wounded or missing, Col. Frisby being among the wounded. After a short time in camp at Upton's hill, the regiment moved into Mary-land; was active at South mountain and at Antietam, after which it went into camp at Sharpsburg, where its sadly depleted ranks were •reinforced by the addition of new recruits. On Oct. 30, 1862, the regiment moved to Warrenton; thence to Brooks' station, near Falmouth; participated in the battle of Fredericksburg; established winter quarters at Belle Plain, where in Dec., 1862, a new company, which became Co. F. was added to the regiment, the old Co. F being consolidated with other companies. The regiment took part in the Chancellorsville campaign, then returned for a short time to its camp at Belle Plain, which it left on May 28, 1863, for Albany, and was there mustered out on June 18. The total enrollment of the regiment was 1,154 members and it lost 78 by death from wounds during its term of service and 33 died from other causes. The three years men were transferred to the 76th N. Y. infantry on May 24, 1863. 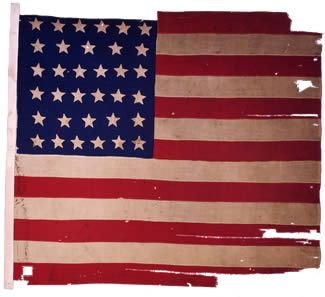 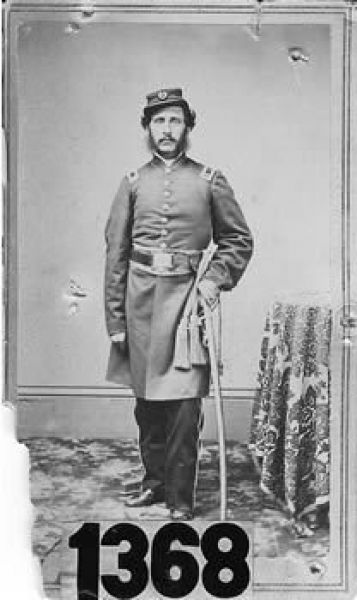 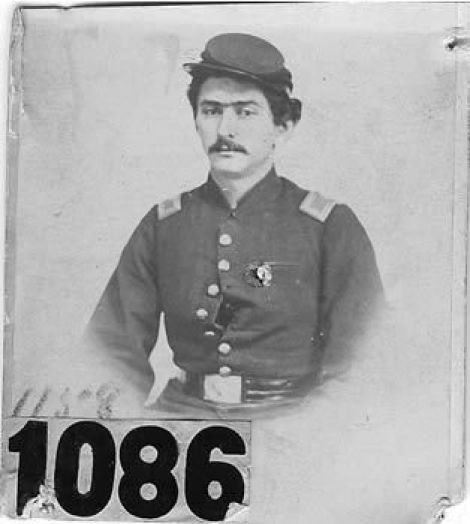 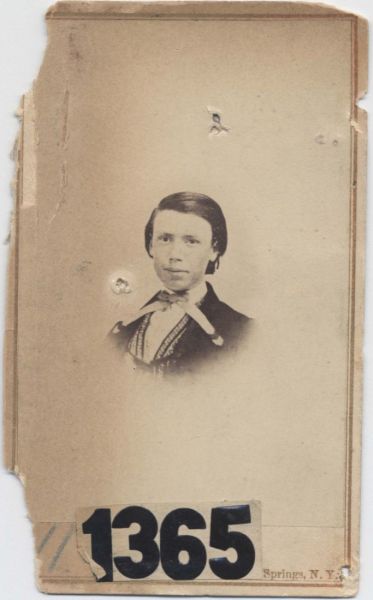 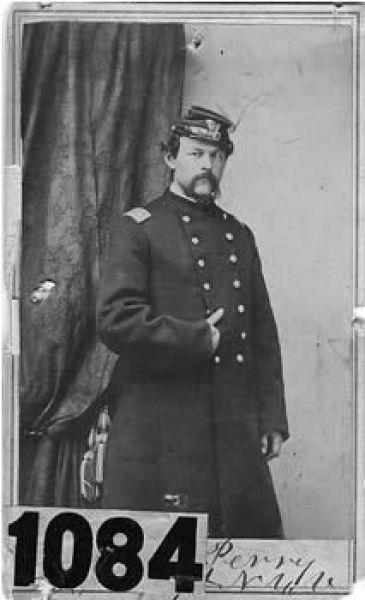 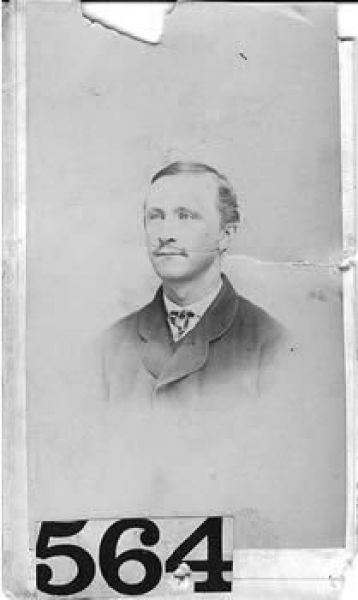 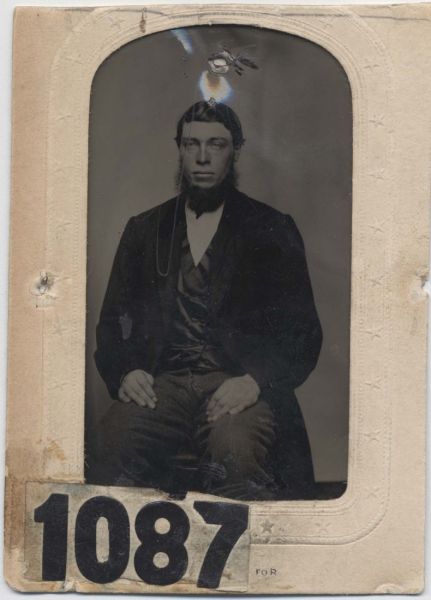 Bryson, John. History of the 30th New York State Volunteers : manuscript, ca. 1895.
Abstract: An unpublished hisory of the 30th New York Infantry Regiment's participation in the Civil War. Most of its recruits came from Rensselaer, Saratoga, and Schenectady counties in New York State. This item contains a detailed narrative of the battles and campaigns in which this regiment was involved along with a roster of officers and enlisted men. This item also includes many newclippings regarding postwar reunions.
Located at the New York State Library Manuscripts and Special Collections.
A partial transcription by Mark Madden is here.

Cuvillier, Leon; and Edward Hale. Letters. 1863.
Abstract: Civil War soldier. Two letters to (Edward) Ned Hale, dated 5 Jan. 1863 and 18 May 1863, describing life in the 30th and 54th New York Volunteer Infantry. A piece of red velvet mentioned in one letter is attached to the letter.
Notes: Holographs.
2 items.
Located at the US Military Academy.

Leggett, Jim F. Letters to his mother, 1861-1862
Abstract: The collection consists of letters of Jim F. Leggett of the 30th New York Infantry Regiment to his mother from 1861-1862. The letters, written from Richmond and Upton's Hill (Va.), discuss Leggett's duties, troop strengths, weather in Virginia, his opinion of army officers, and news of family and friends.
Orignals located at Fort Pulaski National Monument, GA.

Stuart, Jeb. Papers, 1861-1897
Abstract: Chiefly letters and orders of Stuart concerning conditions prior to the first battle of Manassas (Bull Run), the battles of Fredericksburg and Chancellorsville, efforts to secure information about enemy troop movements, commendations for various officers and their commands, the loyalty of William Thomas Magruder, the establishment of a camp near Richmond (Va.) for paroled Confederate cavalry prisoners, the hiring of slaves belonging to Sidney Smith Lee, and personal matters, including the death of his daughter, Flora. Included is a list of prisoners from the 30th Regiment of New York Volunteers.
Number of Pages: 23
Located at Duke Universtiy Library