The following is taken from New York in the War of the Rebellion, 3rd ed. Frederick Phisterer. Albany: J. B. Lyon Company, 1912.
Colonel Anthony Conk received authority, July 28, 1862, to recruit this regiment; it was organized at Brooklyn, and there mustered in the service of the United States for three years September 9, 1862. June 19, 1865, the men not to be mustered out with the regiment were transferred to the 98th Infantry.
The companies were recruited principally: A at Brooklyn, Brookhaven, Flatbush, Hempstead and Jamaica; B, C, D, E, F, G and K at Brooklyn; H at Brooklyn and Smith-town; and I at Brooklyn, Flatbush, Hempstead, Islip and Jamaica.
The regiment left the State September 11, 1862; it served at Camp Hamilton, Department of Virginia, from September 20, 1862; in West's Brigade, 1st Division, 4th Corps, at Yorktown, Va., from April, 1863; in Wistar's Brigade, Department of Virginia, from July, 1863; in Wistar's Division, 18th Corps, from January, 1864; in the District of Curri-tuck, Va., from February, 1864; in the 1st Brigade, 1st Division, 18th Corps, from March, 1864; in the 1st Brigade, 3d Division, 24th Corps, from December, 1864; and, commanded by Lieut.-Col. Thomas Mulcahy, it was honorably discharged and mustered out June 19, 1865, at Richmond, Va.
During its service the regiment lost by death, killed in action, 5 officers, 48 enlisted men; of wounds received in action, 22 enlisted men; of disease and other causes, 2 officers, 78 enlisted men; total, 7 officers, 148 enlisted men; aggregate, 155; of whom 8 enlisted men died in the hands of the enemy.

The following is taken from The Union army: a history of military affairs in the loyal states, 1861-65 -- records of the regiments in the Union army -- cyclopedia of battles -- memoirs of commanders and soldiers. Madison, WI: Federal Pub. Co., 1908. volume II.
One Hundred and Thirty-ninth Infantry.—Cols., Anthony Conk, Samuel H. Roberts; Lieut.-Cols., Samuel H. Roberts, Edgar Perry, Thomas Mulcahy; Majs., Andrew Morris, Thomas Mulcahy, Embre Rogers, Theo. Miller. This regiment, recruited in the counties of Kings and Queens, was organized at Brooklyn, and there mustered into the U. S. service on Sept. 9, 1862, for three years. It left on the nth, about 1,000 strong, and was stationed at Camp Hamilton, Department of Virginia during the ensuing winter. Throughout the year 1863, the regiment served in West's brigade, 1st division, 4th corps, at Yorktown, and in Wistar's brigade, Department of Virginia, taking part in the actions at Fort Magruder, Crump's cross-roads, where it lost 11 men wounded and missing, Chicka-hominy and Forge bridge. Early in Feb., 1864, it was engaged in the action at Bottom's bridge, but sustained no loss. In March it was assigned to the 1st brigade, 1st division (Brooks'), 18th corps, and participated with Gen. Butler's army in May in the campaign against Richmond and Petersburg by way of the James river, being engaged at Swift creek, Proctor's creek, Drewry's bluff and Bermuda Hundred, with a loss of 19 wounded and missing. The 18th corps was then ordered by Gen. Grant to reinforce the Army of the Potomac, arriving in time to share in the bloody work at Cold Harbor, where the 139th fought with great gallantry, and sustaining casualties amounting to 33 killed, 118 wounded and 2 missing. Among the killed was the gallant young Lieut.-Col. Perry. On June 12 it withdrew from Cold Harbor, returned with the corps to Bermuda Hundred, and a few days later shared in the assault on the works of Petersburg, losing 9 killed and wounded. It. then went into position in the trenches on the right of the line, where it lost men almost daily by reason of its proximity to the enemy's pickets and being exposed to incessant firing. In the latter part of August it was relieved and retired within the defenses of Bermuda Hundred. The 1st division, now commanded by Gen. Stannard, took part in the brilliant and successful assault on Fort Harrison, where the 139th lost 41 killed and wounded, and it was lightly engaged at Fair Oaks in October. In Dec., 1864, when the 18th corps was discontinued, the regiment was attached to the 1st brigade, 3d division (Devens'), 24th corps, remaining, however, in the Army of the James. The corps was posted throughout the winter on the north bank of the James in front of Richmond, where the regiment remained until the fall of Petersburg. It entered Richmond without opposition on April 3, 1865, being the third regiment to enter that city. Here it was mustered out June 19, 1865, commanded by Lieut.-Col. Mulcahy. It lost during service 5 officers and 70 men, killed and mortally wounded; 2 officers and 78 men died of disease and other causes, a total of 155. 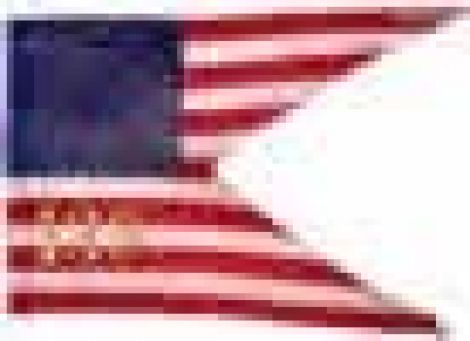 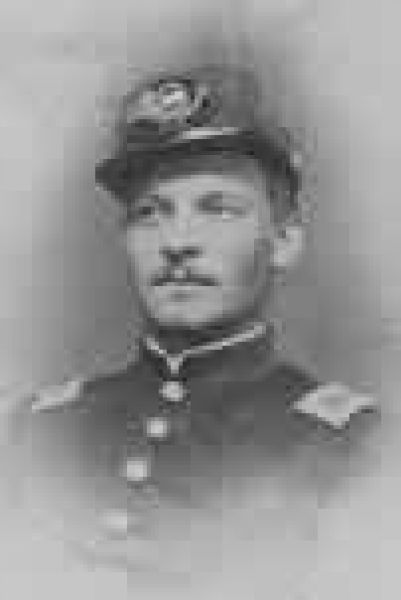 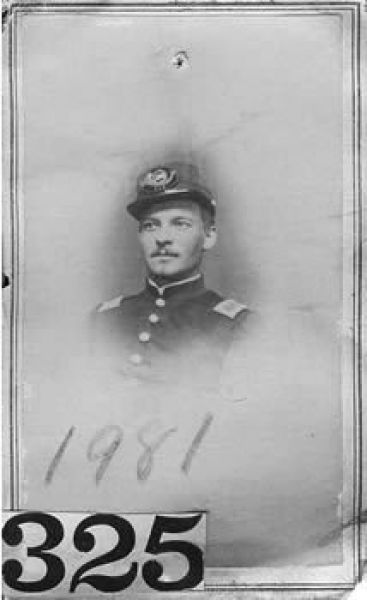 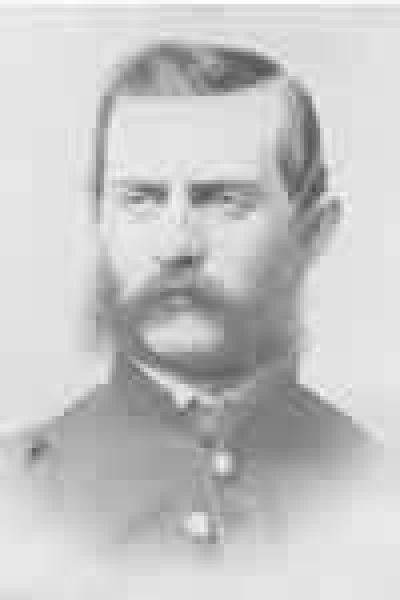 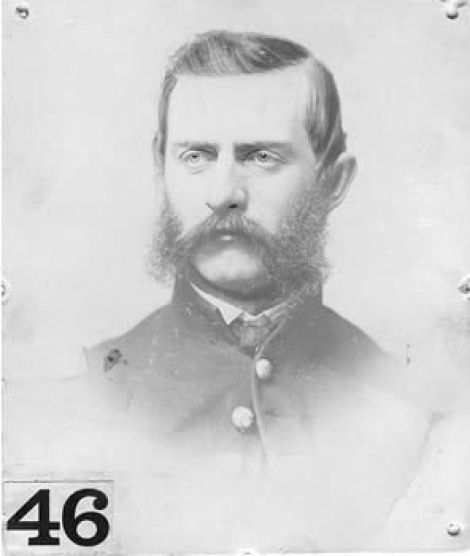 Dutcher, David C.  Papers,1864-1871.
Diary (1864 July 21-1864 Dec. 12) of Army chaplain D.C. Dutcher kept while he was with the 139th New York Infantry Volunteers Regiment. He was primarily in various places in Virginia, including Alexandria, City Point, and near Richmond. ALS (1871 Feb. 2, 3p.) to Mrs. Dutcher concerning her efforts to receive her husband's military pension.
2 items.
Located at Duke University.

Turner, Thomas. Correspondence,1862-1889. 1862-1865 (bulk).
The Turner Letters form one subseries in the War Relics and Reminiscences, a five volume appendix to David Edward Cronin's autobiography, The Evolution of A Life, Described in the Memoirs of Major Seth Eyland, published in 1884. The appendix was compiled by Cronin in the late 1880s and completed in 1892; this subseries appears in Vol. V (pp. 5-54), accompanied by portrait sketches, biographical information ca. 1889, and an 1875 letter to Turner from C.T. Low Townsend, an ex-slave who thanks Turner for teaching him how to read. In letters to his wife and friends from 1862 and 1865, Turner comments on the impatience of the troops in the winter of 1862 and advises a friend to avoid the draft of 1863. He also documents his personal experiences in numerous skirmishes and battles of the eastern Virginia campaign.
.25 linear feet.
Located at the New York Historical Society, New York, NY.

Wagner, John. Correspondence, 1862-1890. 1862-1865 (bulk).
The Wagner Letters form one subseries in the War Relics and Reminiscences, a five volume appendix to David Edward Cronin's autobiography, The Evolution of A Life, Described in the Memoirs of Major Seth Eyland, published in 1884. The appendix was compiled by Cronin in the late 1880s and completed in 1892; this subseries appears in Vol. V (pp. 108-167), accompanied by portrait sketches and correspondence sent to Cronin in 1890. In letters to his family from 1862 and 1865, Wagner details camp life, picket duty, foraging and reconnaissance. He describes an expedition into North Carolina, during which he claims that soldiers of the Mounted Rifles hung several guerrillas, looted their property and burned their houses; other battles and skirmishes are also recounted, along with an incident in which the 18th New Jersey Regiment fired upon a second Union Regiment after mistaking them for Confederates. Wagner seemed to enjoy army life, commenting on his relative inactivity, pay and diet. Politically, he preferred Grant, then McClellan over Lincoln in 1864. Wagner also comments unfavorably on Union generals, mentions his successes at luring Confederate soldiers at the front lines into deserting, and describes how his whole company was vaccinated by doctors.
.25 linear feet.
Located at the New York Historical Society, New York, NY.