Seventy-fifth Infantry.—Cols., John A. Dodge, Robert B. Mer-ritt, Robert P. York; Lieut.-Cols., Robert P. York, William M. Hosmer, Robert B. Merritt, Willoughby Babcock; Majs. Willoughby Babcock, Lewis E. Carpenter, Benjamin F. Thurber, William M. Hosmer, Charles H. Cox. The 75th, known as the Auburn regiment, was composed mainly of members from Cayuga and Seneca counties, and was mustered into the service of the United States at Auburn, for a three years' term, Nov. 26, 1861. It embarked for the south on Dec. 6; was stationed at Santa Rosa island and Fort Pickens, Fla., during its first winter in the service, and formed part of the garrison of Pensacola during the summer of 1862. While here Co. K joined the regiment, which was ordered to New Orleans in September. It was assigned to Weitzel's reserve brigade, which had a brisk fight at Georgia landing. Upon the organization of the 19th corps in Jan., 1863, the regiment became a part of the 2nd brigade, 1st division and moved to Bayou Teche, La. It lost 17 in an engagement at Fort Bisland in April, and in the assaults on Port Hudson, May 27 and June 14 it lost 107 in killed, wounded and miss-.ing, the 1st division bearing the brunt of the fight. After the surrender of Port Hudson, July 9, the troops performed garrison duty. From August to September, the regiment served with the reserve brigade of the 1st division; in September it was assigned to the 3d brigade of the same division; in October it was mounted and attached to the 3d cavalry brigade, and during the winter a sufficiently large number of the men reenlisted to secure the continuance of the 75th as a veteran regiment. While the reenlisted men were on furlough, the remainder of the regiment served with the 14th N. Y. cavalry and rejoined the regiment June 28, 1864. At Sabine Pass, the regiment lost 85 killed, wounded or missing and during Nov., 1863, it was stationed near New Iberia and Camp Lewis, La. In March, 1864, the command entered upon the Red River campaign and in July it was ordered to New Orleans. After the regiment was reunited, in June, 1864, it served until the middle of July with the 1st brigade, 2nd division, 19th corps, and then embarked for Virginia, where it became a part of the Army of the James and joined in the pursuit of Gen. Early in the Shenandoah Valley. It was engaged at Halltown, the Opequan, where the loss was 73 killed, wounded and missing, at Fisher's hill and Cedar creek, where it also suffered severely. The original members not reenlisted were mustered out at Auburn, N. Y., Dec. 6, 1864, and the veterans and recruits consolidated into a battalion of five companies, which was ordered early in Jan., 1865, to Savannah, Ga., and assigned to the 1st brigade, 1st division, 10th corps. The regiment served at Savannah until August, and in April, received the veterans and recruits of the 31st independent company N. Y. infantry. It was mustered out at Savannah, Aug. 3, 1865, having lost 106 by death from wounds, and 109 from other causes.

On November 21, 1861, the 75th Regiment New York Volunteers, or “Auburn Regiment” after the regiment’s home city of Auburn, New York, received a stand… 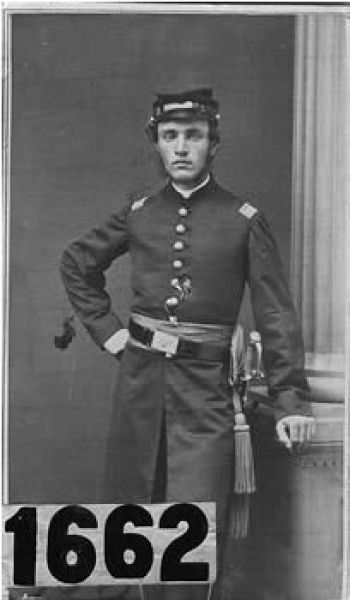 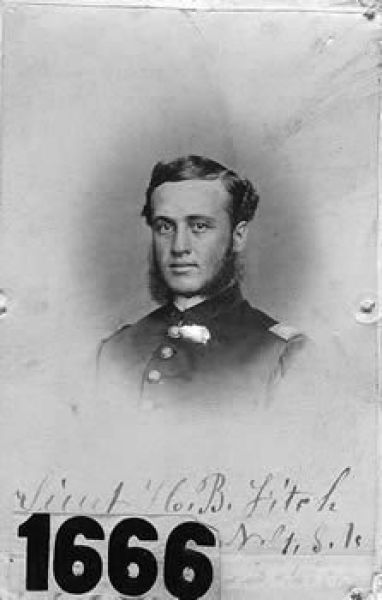 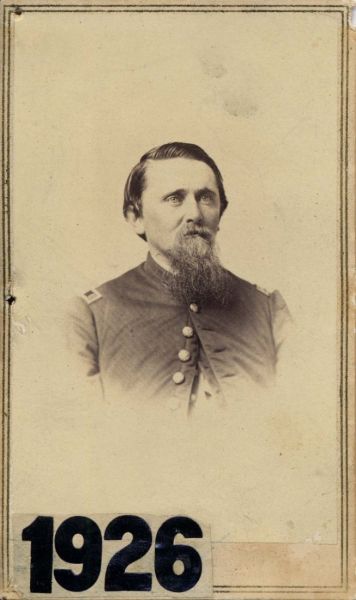 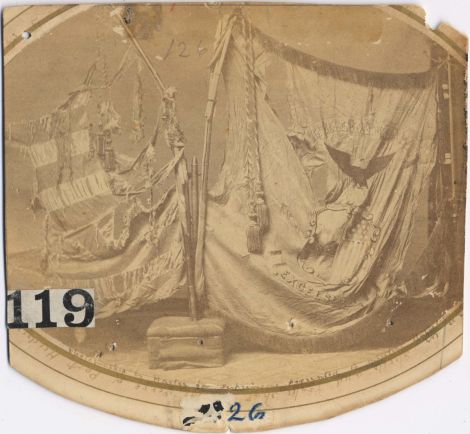 Colors of the 75th NY Inf 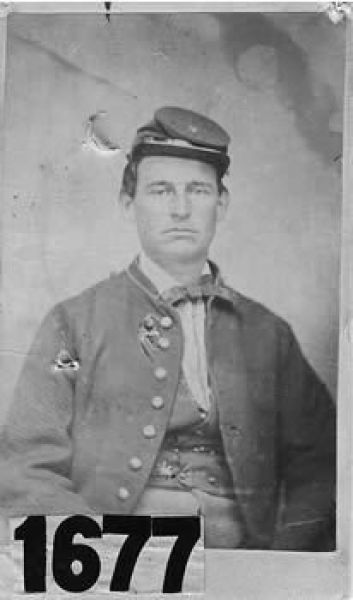 Babcock, Willoughby. Selections from the letters and diaries of Brevet-Brigadier General Willoughby Babcock of the Seventy-fifth New York volunteers, a study of camp life in the Union armies during the Civil war, by Willoughby M. Babcock, Jr. [Albany]: University of the State of New York, 1922. (Division of archives and history War of the rebellion series bulletin no 2.).

Cossum, Frederic. Partial history of the 75th N.Y. Veteran's Vol's, in the War of the Rebellion,vol. 5th. Auburn, N.Y., Knapp, Peck & Thomson, 1892.
Located at the University of Rochester and Hamilton College.

Hoxie, William S. Letter, 1865 May 16.
Description: 1 item (3 p.)
Abstract: Letter written by Hoxie from headquarters in Savannah, Georgia to his sister Jennie (May 16, 1865). Serving with the 75th N.Y., he writes of the capture of Jefferson Davis and the "great glee here in Savannah" as a result.
Note(s): Bio/History: Second Lieutenant in the 75th New York Infantry Regiment.
General Info: Access: open to qualified researchers at The New-York Historical Society.

Mortin, Donald E.  Following the drum : the story of the 75th New York Volunteer Infantry Regiment in the US Civil War told in their own words. Auburn, NY : Dramatic Improvements Pub., 2006

Root, William H. "The experiences of a Federal soldier in Louisiana in 1863. Introduction by Walter Prichard." Louisiana historical quarterly XIX (1936) 635-67.

Sprague, James H. Reminiscence.
Description: 0.1 c.f.
Abstract: "The Civil War Reminiscences of James H. Sprague," a 33-page typewritten transcript of a photocopied ms. (also included) describing the experiences of Sprague, a farmer from Delaware, N.Y., in Co. F., 75th Regiment New York Infantry, which helped hold Fort Pickens in Pensacola, Fla. and was part of the "Weitzel Brigade" in Louisiana. Sprague was taken prisoner by Confederate forces at Cedar Creek, Va., jailed at Salisbury, N.C., and discharged at Savannah in 1865. The ungrammatical account also describes some experiences of his brother Bowles, who was part of the Ambulance Corps in the same company. File includes a photocopied page describing him from his company's "Descriptive Book."
Located at: the Wisconsin Historical Society Archives.