Recruiting for this regiment, originally the Jackson Light Infantry, was commenced by Col. George B. Hall and Lieut. Col. Henry L. Potter as early as April 25, 1861. In May, 1861, the organization joined the Excelsior Brigade, raised by General Sickles under special authority from the War Department, as its second regiment. It was organized at Camp Scott, Staten Island, and there mustered in the service of the United States for three years between June 20 and July 18, 1861. December 11, 1861, it received its State numerical designation in accordance with the orders of the Secretary of War, dated December 5, 1861. The men of the regiment not entitled to be discharged with it were transferred, July 7, 1864, to the 120th Infantry.
The companies were recruited principally: A and D at Newark, N. J.; B, C and F at New York city; E at Orange, N. J.; G at Philadelphia, Pa.; H at Olean and New York City, I at Great Valley and Colchester; and K at Kingston.
The regiment left the State July 23, 1861; served at and near Washington, D. C., from July, 1861; in Sickles' Brigade, Hooker's Division, Army of the Potomac, from October 15, 1861; in same, 2d, Brigade and 2d Division, 3d Corps, Army of the Potomac, from March, 1862; in 2d Brigade, 4th Division, 2d Corps, Army of the Potomac, from April, 1864; in 4th Brigade, 3d Division, 2d Corps, from May 13, 1864, and, commanded by Lieut-Col. Thomas Rafferty, Col. H. L. Potter being absent on detached service on account of wounds, it was honorably discharged and mustered out July 30, 1864, at New York City.
During its service the regiment lost by death, killed in action, 4 officers, 60 enlisted men; of wounds received in action, 3 officers, 27 enlisted men; of disease and other causes, 1 officer, 73 enlisted men; total, 8 officers, 160 enlisted men; aggregate, 168; of whom 10 enlisted men died in the hands of the enemy.

Seventy-first Infantry.—Cols., George B. Hall, Henry L. Potter; Lieut.-Cols., Henry L. Potter, Thomas J. Leigh, Thomas Raf-ferty; Majs., Thomas Rafferty, Peter McDermott, John Taler. The 71st, the 2nd regiment of the Excelsior brigade, composed of companies from New York city, Olean, Great Valley, Colchester and Kingston, N. Y., Newark and Orange, N. J., and Philadelphia, Pa., was mustered into the service of the United States at Camp Scott, Staten island, June 20 to July 18, 1861, for a three years' term. It left the state for Washington on July 23; served for a time in the vicinity of the city; was attached to Sickles' brigade, Hooker's division; performed guard duty along the Potomac, and in the advance under McClellan was part of the 2nd brigade, 2nd division, 3d corps. It was on trench and picket duty before Yorktown; was present at the battle of Fair Oaks, and lost 118 killed, wounded and missing during the Seven Days' battles. It left the Peninsula to go to the support of Gen. Pope at Manassas and at Kettle Run, Groveton and in the battle of Bull Run (second) lost 114 out of 250 engaged. During the Maryland campaign the regiment was stationed in the vicinity of Washington and marched to Falmouth in November, arriving in time to participate in the battle of Fredericksburg, but did not occupy an exposed position. Winter quarters were established at Falmouth and camp was broken late in April, 1863, for the Chancellorsville campaign, in which the regiment took a prominent part. After returning to camp at Falmouth for a short time, it marched to Gettysburg and there participated in the thick of the fighting with a loss of 91 killed, wounded or missing. It was also engaged in the encounters at Wapping heights, Kelly's ford, in the Mine Run fiasco, and after a comparatively uneventful winter in camp near Brandy Station, Va., entered upon the Wilderness campaign in the 2nd brigade, 4th division, 2nd corps. It was transferred May 13, to the 4th brigade, 3d division, 2nd corps, with which it served until the expiration of its term of enlistment. The regiment was repeatedly in action through the month of May, at the Wilderness, Spottsylvania, the North Anna, Totopotomy, Cold Harbor and Petersburg, and was mustered out at New York city, July 30, 1864, the veterans and recruits being transferred to the 120th N. Y. infantry. It lost during service 94 by death from wounds and 74 from other causes. 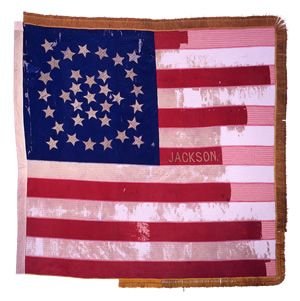 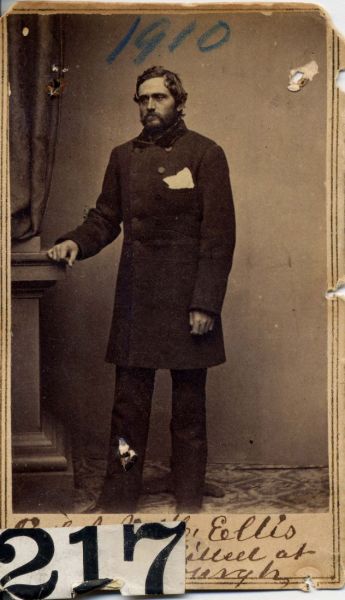 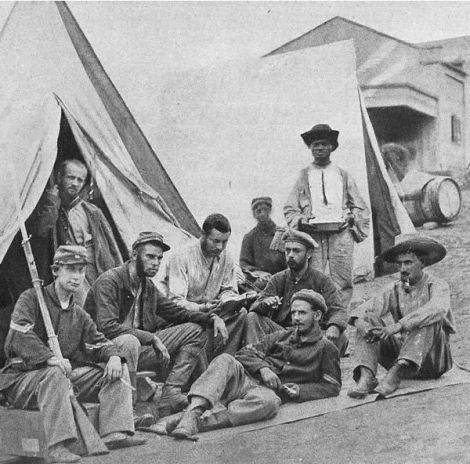 Favill, Josiah M. The Diary of a Young Officer Serving with the Armies of the United States During the War of the Rebellion. Chicago: Donnelly, 1909.

Lyons, Jacob. Diary, 1862-1865.
Description: 3 v.
Abstract: Civil War diary of Lyons, a New York City cigar maker and English immigrant, who served in Virginia with the 71st New York Regiment, 1862- 1863, and the 120th New York Regiment, 1864-1865. Entries from 1862 and 1863 are sketchy; those from 1864 and 1865 are more detailed, describing camping, marching, picketing, skirmishes, battles, and casualties. Of the three volumes, two are somewhat differing versions of entries for 1862 and 1863.
Located in the Southern Historical Collection, University of North Carolina at Chapel Hill.