April 20, 1861, it was ordered to proceed to Washington, D..C.; it left the State April 23, 1861, and May 9, 1861, under the command of Col. Michael Corcoran, it was mustered in the service of the United States for three months; it served at and near Annapolis, Md., from April 27, 1861; at and near Washington and in the 3d Brigade, 1st Division, Army North-East Virginia from May, 1861; it was mustered out in New York city, August 3, 1861.
On its return from this service a large majority of the regiment volunteered for a period of three years, forming the nucleus of the 69th Volunteers.
May 26, 1862, the regiment, then commanded by Col. James Bagley, was again ordered to Washington and was mustered in the service of the United States for three months; it left the State May 29, 1862; served in the defenses of Washington, and was mustered out September 3, 1862, at New York city.
On the return of the regiment from this service again a large portion of it entered the volunteer service as part of an organization known as the 69th Regiment National Guard Artillery, but later as the 182d Volunteers.
June 18, 1863, the regiment was ordered to Harrisburg, Pa., for a service of thirty days. It left the State June 22, 1863, commanded by Colonel Bagley; served at Baltimore, Md., in the 2d Separate Brigade, Middle Department, 8th Corps, and was mustered out of the United States service July 25, 1863, at New York city.
July 6, 1864, the regiment, still commanded by Colonel Bagley, was again mustered in the United States service, but for a period of ninety days; it served in the harbor of New York, and was mustered out October 6, 1864.
In its service in 1861, the regiment lost, killed in action, 1 officer, 37 enlisted men; died of wounds received in action, 2 enlisted men; died of disease, etc., 5 enlisted men; in its service in 1864, died of disease, 2 officers, 1 enlisted man; total, 3 officers, 45 enlisted men; aggregate, 48.
It took part in the advance into Virginia and occupation of Arlington Heights, May 24, 1861; in a skirmish at Blackburn's Ford, July 18, 1861; and in the battle of Bull Run, Va., July 21, 1861, where it lost, killed, 1 officer, 36 enlisted men; wounded, 1 officer, 59 enlisted men; captured 3 officers, 92 enlisted men; aggregate, 192. 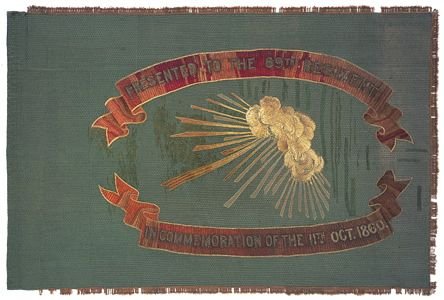 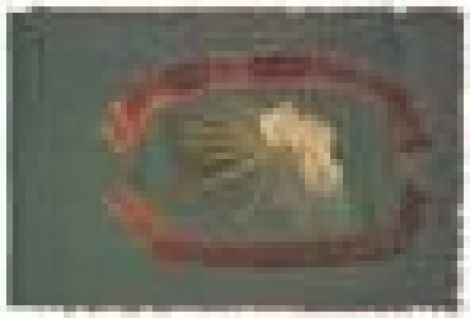 Clarke, Joseph I.C. "The Ballad of the Sixty-ninth." Lyrics only.

Collins F. "Battle of Bull Run." [United States : s.n.,] 1861-1865.
Verse in seven stanzas; first line: Our gallant soldiers they are going to leave their friends to mourn./ Lyrics only./ Other editions attributed to F. Collins./ Text within ornamental border.

Corcoran, Michael. The captivity of General Corcoran, the only authentic and reliable narrative of the trials and sufferings endured during twelve months imprisonment in Richmond and other Southern cities, by Brig.-General Michael Corcoran, the hero of Bull run. Philadelphia: Barclay & co., 1862.

Halpine, Charles Graham. Baked meats of the funeral, a collection of essays, poems, speeches, histories and banquets, by Private Miles O'Reilly, late of the 47th reg't New York volunteer infantry. Collected, revised, and edited, with the requisite corrections of punctuation, spelling, and grammar, by an ex-Colonel of the Adjutant-general's department, with whom the Private formerly served as Lance Corporal of orderlies. New York: Carleton, 1866.
Note: Halpine mustered in 69th infantry as Lieutenant, unassigned, April 20, 1861; Aide de-Camp to Colonel Hunter; mustered out with Regiment, August 3, 1861.

Loback, Tom. Civil War flags of the Irish Brigade and others in the 69th Regiment's Armory collection. S.l. s.n, 1999.