Colonel Eugene A. Kozlay received authority from the War Department, August 30, 1861, to recruit a regiment of infantry. This regiment received its numerical designation October 15, 1861; was recruited principally in Brooklyn and New York city of Germans; received one company of the McClellan Infantry, Col. S. Levy; was organized in camp near Hudson City, N. J., and there mustered in the service of the United States for three years, between September 5 and October 16, 1861. At the expiration of its term the men entitled thereto were discharged and the regiment retained in service. June 22, 1865, the men of the I27th and 157th Infantry, not mustered out with their regiments, were transferred to it.
The regiment left the State October 29, 1861; served in Provisional Brigade, Casey's Division, Army of the Potomac, from October, 1861; in Steinwehr's Brigade, Blenker's Division, Army of the Potomac, from December, 1861; in 1st Brigade, same division, Mountain Department, from April, 1862; in 2d Brigade, 3d Division, 1st Corps, Army of Virginia, from June 26, 1862; in 1st Brigade, 1st Division, 11th Corps, Army of the Potomac, from September 12, 1862; in the Department of the South, 1st Brigade, Gordon's Division, 10th Corps, on Folly Island, S. C., from August, 1863; in Schimmelpfenning's Division, 10th Corps, from January, 1864; on Morris Island in February, 1865; at Charleston, S. C., from March, 1865; and it was honorably discharged and mustered out, under Colonel Kozlay, April 14, 1866, at Charleston, S. C.
During its service the regiment lost by death, killed in action, 2 officers, 29 enlisted men; of wounds received in action, 14 enlisted men; of disease and other causes, I officer, 101 enlisted men; total, 3 officers, 144 enlisted men; aggregate, 147; of whom 26 enlisted men died in the hands of the enemy.

Fifty-fourth Infantry.—Col., Eugene A. Kozlay; Lieut.-Cols., Alexander Hock, William P. Wainwright, Stephen Kovacs, Charles Ashby, Bankson Taylor Morgan; Maj., Louis Von Litrow, Charles Ashby, Stephen Kovacs. The 54th, the "Barney Black Rifles," was composed of men of German origin, recruited in New York city and Brooklyn, and one company of the McClellan infantry. It was mustered into the U. S. service at Hudson City, N. J., Sept. 5 to Oct. 16, 1861, for a three years' term, and left for Washington Oct. 29. It was assigned to the provisional brigade of Casey's division, with which it served until December, when it became a part of Steinwehr's brigade, Blenker's division. It served in the vicinity of Washington until April, 1862, when Blenker's division was ordered to Virginia and assigned to Gen. Fremont's command. The 54th belonged to the 1st brigade and was employed in the region near Strasburg until June 8, when it took an active part in the battle of Cross Keys. On June 26, 1862, the regiment became a part of the 2nd brigade, 3d division, 1st corps, Army of Virginia, and on the 29th of the same month Gen. Sigel took command of the forces formerly commanded by Fremont. During Gen. Pope's campaign the regiment rendered effective service at Fox's ford, Sulphur Springs, at Waterloo Bridge, Groveton and Manassas. The 1st corps became the 11th on Sept. 12, 1862, and the 54th was assigned to the 1st brigade, 1st division, with which it went into winter quarters at Stafford, Va. Camp was broken late in April, 1863, for the Chancellorsville campaign, in which the regiment lost 42 in killed, wounded and missing. After a short rest near Falmouth the march to Gettysburg was commenced. It was in action on July I, and on the 2nd was posted on Cemetery hill. The loss of the 54th was 102 killed, wounded or missing. Camp was occupied near Ha-gerstown, Md., until Aug. 7, when the division was ordered to Charleston harbor and there assigned to the 10th corps, in which the 54th served in the 1st brigade of Gordon's division. It was stationed on Folly island; participated in the siege of Fort Wagner; the bombardment of Fort Sumter; and remained in that vicinity during the winter of 1863-64. At this time a sufficient number of the command reenlisted to secure its continuance in the field as a veteran organization and in the summer of 1864 was posted on James island, where it was actively engaged in July with a loss of 20. In March, 1865, it left this post to enter Charleston, where it received on June 22 the veterans and recruits of the 127th and 157th N. Y., and remained until April, 1866. It was mustered out at Charleston April 14, 1866, having served nearly five years and lost during this period 40 by death from wounds and 102 by death from accident, disease or imprisonment. 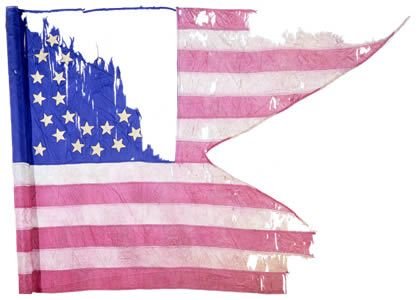 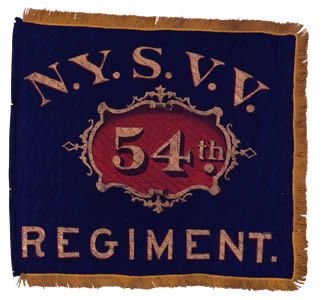 The 54th Regiment NY Volunteer Infantry, or “Schwarze Yaeger,” mustered into service for three years between September 5 and October 15, 1861. When… 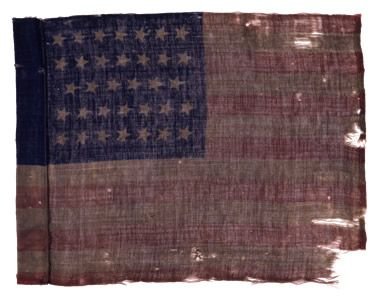 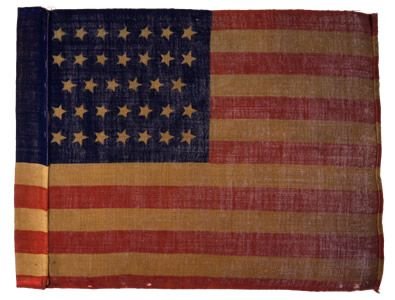 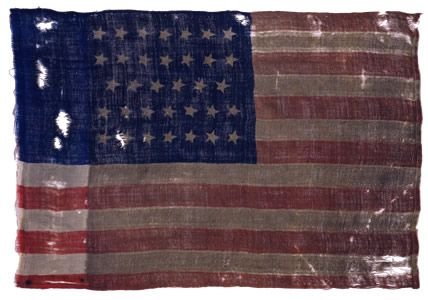 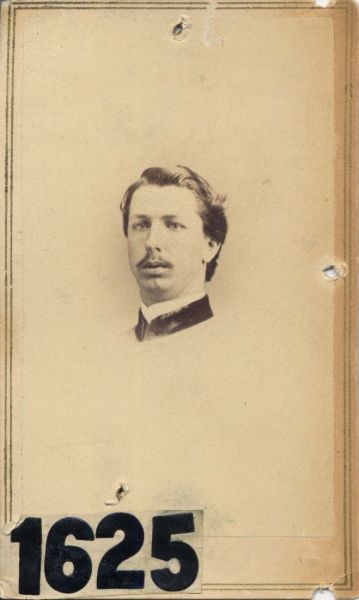 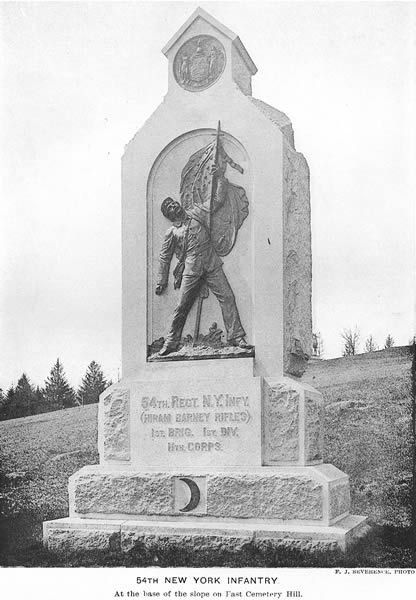 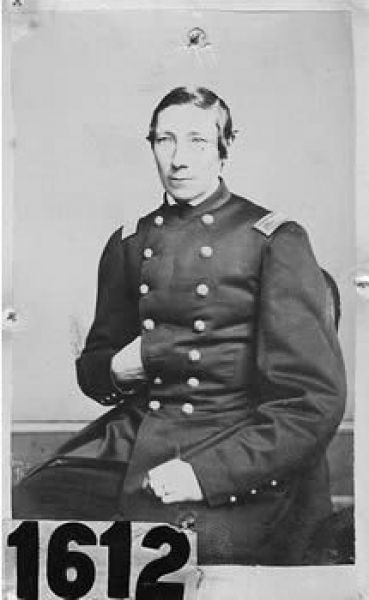 Brahl, Waldemar. Certificate, 1863.
Description: 1 p.
Abstract: This document given to Brahl at the time of his discharge from the New York Volunteers, 54th Regiment, enabled him to receive his pay.
Located at The Balch Institute for Ethnic Studies of The Historical Society of Pennsylvania.

Hunnius, Ado, and Elisabeth Hunnius. Ado. Hunnius papers, 1861-1926.
Description:5 boxes
Abstract: This collection includes photocopies of the records of the Adolph Hunnius family of Leavenworth.
Notes: Box One contains the photocopies of the records of the A. Hunnius family of Leavenworth, the papers of A. Hunnius, and items relating to the Civil War. Box Two contains the German language items and the diary about the Indian Territory and items copied from the War of the Rebellion. Box Three contains the information on the 54th Infantry of New York. Box Four has the poetry, sketches, stories, and essays, as well as some clippings. Box Five contains notes and sketches from Harper's Magazine and the poetry of Elisabeth and Carl Hunnius./ Bio/History: Carl Julius Adolph Hunnius served during the Civil War and kept accurate records of his experiences. These included notes, diaries, sketches, and maps. He spent his life in Leavenworth and after the War developed his talents as a writer, poet, and cartographer.
There are no restrictions on this collection. Arranged chronologically.
Preferred citation: Cite as: Ado. Hunnius papers, 1861-1926, Ms. Coll. Hunnius, Kansas State Historical Society.

Leighton, William E. Records, 1865 June 22-1868 Apr. 24.
Description: 19 items.
Abstract: Chiefly orders and records of the Quartermaster, Provost Marshal and Inspector General Corps of the United States Army in South Carolina; collection includes statement of charges against "Harriet, a freedwoman," for stealing cattle in Cheraw, S.C. and two tri-monthly morning reports for 54th New York Veteran Volunteers. Records detail the undertakings of Lieutenant William E. Leighton of the 1st Maine Battalion, in his duty as Assistant Inspector General for the Military District of Charleston, including an explanation from an unidentified officer for the "deficiency of oats" at his post in Orangeburg, S.C.
Preferred citation: Records of the United States. Army. Department of South Carolina, South Caroliniana Library, University of South Carolina.

Veltford, George. Letter (May 20, 1864)
Description: 1 Item
Abstract: A prisoner of war, Veltford wrote to a friend about being transferred from Libby Prison in Richmond to another facility in Macon, Georgia.
Located at the New York State Library Manuscripts and Special Collections.