In May, 1861, Major Byron commenced recruiting a body of cavalry known as the Lincoln Greens; in June, Col. Christian F. Dickel became connected with it, and July 26, 1861, received authority from the War Department to organize a regiment of cavalry; he took the Lincoln Greens for a nucleus of his regiment which was then known as Dickel's Mounted Rifles. The regiment was organized at New York city; mustered in the service of the United States for three years, between August 10 and November 15, 1861, and designated by the State authorities the 4th Regiment of Cavalry. In November, 1861, two companies recruited, respectively, by Captains Trautwein and de Rosecrantz, for the German Cavalry, a regiment to recruit which Col. G. A. Moltke received authority from the War Department August 20, 1861, but which failed of organization, joined this regiment; Captain Trautwein's company becoming Company H, and Captain de Rosecrantz's company being transferred to the other companies, principally to Company I. In fall of 1861, the company recruited by Capt. John McDonnell for the regiment was consolidated with the other companies. Company K was mustered in the United States service November 15, 1862; Company L, December, 1862; and Company M, February 13, 1863. In August, September, October and November, 1864, the men entitled thereto were discharged, and the recruits and veterans transferred to Companies F, K, L and M, and retained in the service.

February 27, 1865, the battalion commanded by Maj. Edward Schwartz was transferred to the 9th N. Y. Volunteer Cavalry, Company F becoming its Company E, the members of Company K being transferred to Companies B, E, H, M and L, Company L becoming L, and M Company B, of the same.

Fourth Cavalry.—Cols., Christian F. Dickel, Louis P. Di Cesnola; Lieut. -Cols., Ferrier Nazer, Augustus Pruyn, William R. Parnell; Majs., Baron Anton Von Pueehelstein, August Haurand, Augustus Pruyn, William R. Parnell, Edward Schwartz. This regiment, known also as the 1st German cavalry, Dickel's Mounted Rifles and the Lincoln Greens, was organized in New York city, and was mustered into the U. S. service from Aug. 10 to Nov. 15, 1861, for three years. Co. K was mustered in on Nov. 15, 1862; Co. L in Dec, 1862; and Co. M Feb. 13, 1863. The regiment was recruited principally at New York city and Brooklyn, with one company from .Cleveland, Ohio, and one from Philadelphia, Pa. A considerable number of the original members reenlisted for three years in the winter of 1863-64, those whose terms had expired being discharged. The veterans and recruits were organized as a battalion of four companies, F, K, L and M, and continued in the service. March 29, New York Regiments 185 1865, the battalion, commanded by Maj. Schwartz, was transferred to the 9th cavalry as Cos. B, E and L. The regiment, consisting of only eight companies and numbering about 700 men, left the state on Aug. 29, 1861, and was assigned to Blenker's division. During 1862 it was repeatedly engaged with the enemy, serving with the 5th corps, in the Mountain Department, in the cavalry brigade of the ist corps. Army of Virginia, and in the cavalry brigade, ist division, nth corps, Army of the Potomac. It was active at Harrisonburg, Cross Keys, Port Republic, New Market, in Pope's Virginia campaign, fighting at the Rapidan river, Waterloo bridge, Bristoe Station, Salem and White Plains, Groveton, Bull Run, Centerville, Ashby's gap, Berryville, Snicker's gap, Charlestown and Kellysville. The regiment opened the battle of Cross Keys, successfully resisting several charges by the enemy, saving Schirmer's battery from capture, and killing the Confederate Gen. Ashby. Together with the 2nd Mich cavalry, it made the only cavalry charge during the second battle of Bull Run, checked the enemy's advance, and saved many from capture. Col. Dickel resigned on Sept. 10, 1862. and Col. Di Cesnola received his commission the next day. During 1863 it served in the ist and 2nd brigades, 2nd cavalry division, in the ist brigade, 3d cavalry division, and in the 2nd brigade. ist cavalry division, Army of the Potomac. It was heavily engaged during this period at Aldie, Upperville, Culpeper Court House and Raccoon ford, and participated in many other important battles during the year. It joined in the pursuit of Lee's army after the battle of Gettysburg, and shared in the subsequent campaigns in Virginia, ending with the fruitless Mine Run campaign. In 1864 it served with the Army of the Potomac, detached from the cavalry corps at the beginning of Grant's campaign in the spring, but rejoined the corps towards the end of May. In Oct., 1864, it became a part of the Army of the Shenandoah. During the year it took part in all the engagements of the Wilderness campaign; participated in Gen. Sheridan's Trevilian raid, meeting with a loss of 48 killed, wounded and missing at Trevilian Station; was active in the operations before Petersburg; sustained a loss of 25 in killed, wounded and missing at Front Royal; and in Sheridan's campaign in the Shenandoah Valley in the autumn, was active at the Opequan, Fisher's hill and many other important battles. Altogether, the regiment took part in nearly 150 battles and skirmishes and was frequently praised by its commanding generals. After one of the brilliant charges of the regiment at Aldie, Gen. Kilpatrick took off his saber and presented it to the intrepid Col. Di Cesnola. In a third charge Di Cesnola's horse was shot from under him and he was captured. For gallantry displayed in the capture of the colors of the 3d Va., at Front Royal, Sergt. Harry J. Mandy and Pvt. Frank Leslie were awarded medals of honor by Congress. While in service the 4th lost 5 officers and 52 enlisted men killed in action and died of wounds; 3 officers and 54 men died of disease, accident and all other causes; a total loss by death of 8 officers and 106 men, 14 of whom died in prison. The portion of the regiment still in service at the close of the war were mustered out as part of the 9th cav., at Cloud's mills, Va., July 17, 1865. (See 9th N. Y. Cav.) 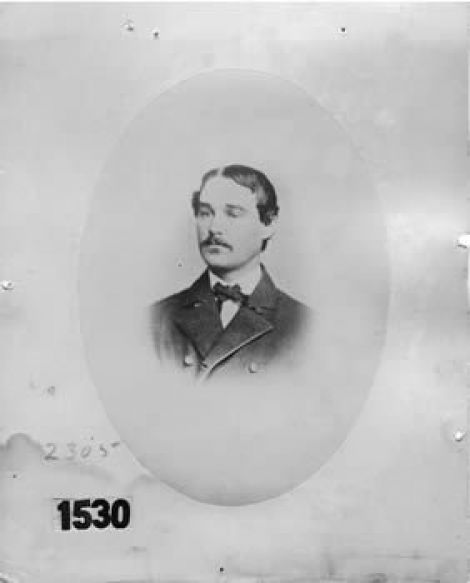 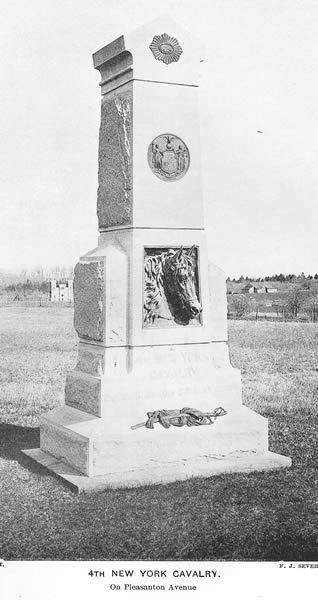 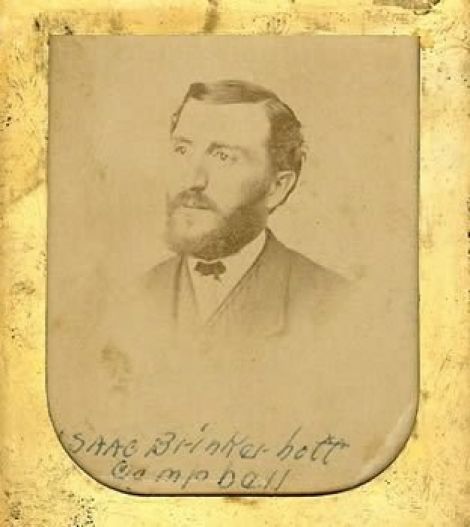 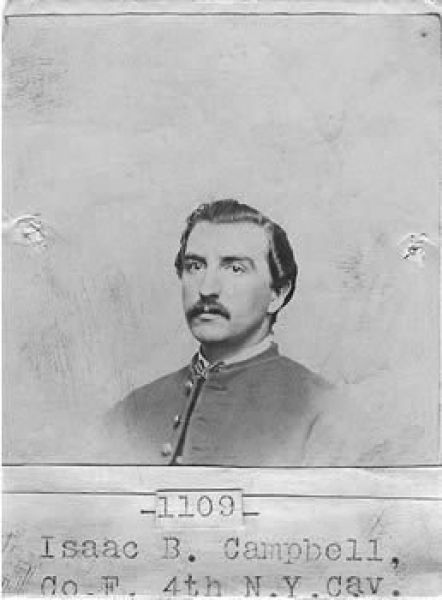 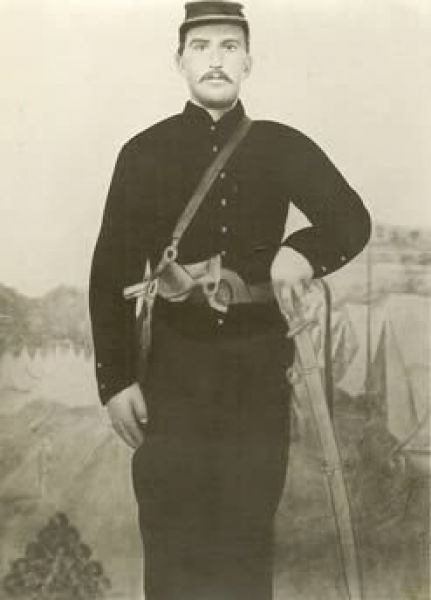 Duganne, A. J. H., Patrick A. Schroeder, and Octavius Brooks Frothingham. The fighting Quakers: A true story of the war for our union. Farmville Print, 1866.

Duganne, Augustine Joseph Hickey. The fighting Quakers, a true story of the war for our Union, by A. J. H. Duganne, with letters from the brothers to their mother and a funeral sermon, by Rev. O. B. Frothingham. By authority of the Bureau of military record. New York: J, P. Robens, 1866.

Newburger, Alexander. Alexander Newburger papers, 1864.
Diary (1864 Apr. 27-July 23) describing routine military matters, camp life, drinking and music in the camps, the Spotsylvania, Petersburg, and Wilderness campaigns, and the impressment of African Americans into Union work details.
Original located at the Library of Congress.
Thank you to Robert Moran for the digital copy.

Paine, Edwin B. Letters, 1864
8 pages.
Letters, 1864, of Edwin B. Paine, 4th New York Cavalry, at camp near Washington, D.C., and Smithfield, Virginia, Topics include troop movements, capture of prisoners, picket duty, and battles around Smithfield and Petersburg, Virginia.
Accession 43342. Located at the Library of Virginia in Richmond, Virginia.
Thank you to Ed Worman for pointing out this resource.