June 19, 1863, Col. Newton B. Lord received authority to recruit this regiment, which received its numerical designation October 8, 1863, and was organized at Sackett's Harbor, where its companies were mustered in the service of the United States for three years: A to G September 3, H September 4, I and K September 17, and L and M September 22 and 23, 1863, respectively.

The regiment left the State September 30, 1863, and served in the 22d Corps from October, 1863, Company F at Portsmouth, Va., from October, 1863; all at Portsmouth, Va., in the Department of Virginia from November, 1863; in Heckman's Division, 18th Corps, from January, 1864; in the defenses of Portsmouth, Va., in the district of East Virginia, Department of Virginia and North Carolina, from April, 1864; in 1st Brigade, Kautz's Division, Cavalry, Army of the James, from December 3, 1864; Company D at Fort Pocahontas, Va., in Separate Brigade, defenses of Bermuda, from January, 1865; Company F at Fort Powhattan, Va., and Company G in 1st Brigade, Mackenzie's Division of Cavalry from March, 1865; Company I with the Provisional and 10th Corps in March, 1865.

The regiment was honorably discharged and mustered out under the command of Col. David M. Evans July 31, 1865, Companies E and H at Fort Monroe, the other companies at Manchester, Va.

Twentieth Cavalry.—Cols., Newton B. Lord, David M. Evans; Lieut.-Cols., David M. Evans, Jacob S. Gates; Majs., Charles F. Smith, John G. Cudworth, John Bower Preston, Hiram H. Carpenter, Jacob S. Gates, John O'Hara, Patrick Fitzpatrick. The 20th, called the McClellan cavalry, was organized in the summer of 1863 at Sacket's Harbor, and was there mustered into the U. S. service during the month of September for three years. The companies of which it was composed were recruited in the counties of Jefferson, Lewis, St. Lawrence, Oswego, Onondaga and Albany. Col. Lord, who had been authorized on June 19, 1863, by Gov. Seymour to recruit this regiment, had previously commanded the 35th infantry throughout the bloody series of battles of 1862, and many of his men reenlisted in the 20th cavalry. The regiment left the state on Sept. 30, about 1,200 strong, and was stationed at Portsmouth, Va., as part of the 22nd corps until Jan., 1864, when it was assigned to Heckman's division. i8th corps, remaining at Portsmouth until April, when it was transferred to the District of East Virginia, Department of Virginia and North Carolina. In Dec, 1864, it joined the ist brigade, Gen. Kautz's cavalry division. Army of the James, with which it remained until the close of the war. Part of this time, Co. D was on detached service at Fort Pocahontas; Co. F at Fort Powhatan; Co. G in the ist brigade, Mackenzie's division; and Co. I with the provisional and loth corps. The heaviest casualties sustained by the 20th were at Smithfield, Va., in Feb., 1864, when it lost 21 men captured. It was active at Suffolk, Currituck, Chuckatuck, Wood's mills. South Quay, Winton, N. C, Guiam's Ford, N. C., Jamestown island, Murfree's depot, siege of Petersburg, Darbytown road, campaign of the Carolinas, and in the Appomattox campaign. Its losses were not heavy, owing to the fact that it was largely employed in garrison duty and siege operations. It was mustered out on July 31, 1865, Cos. E and H at Fortress Monroe, and the other companies at Manchester, Va. The regiment lost while in service 7 enlisted men killed and died of wounds; 2 officers and 121 men died of disease, accidents, in prison, etc., a total of 130. 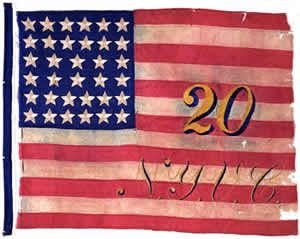 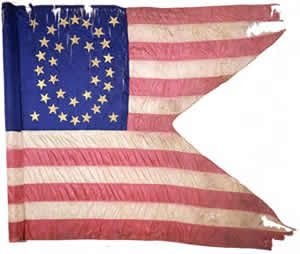 The NYS Battle Flag Collection includes two guidons carried by the 20th Cavalry. Each silk swallowtail guidon conforms to the “stars and stripes”… 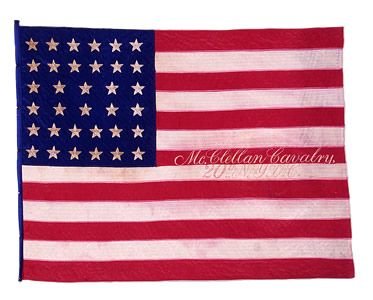 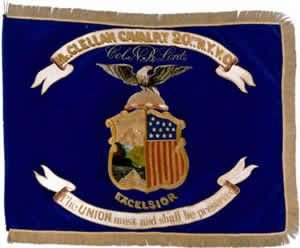 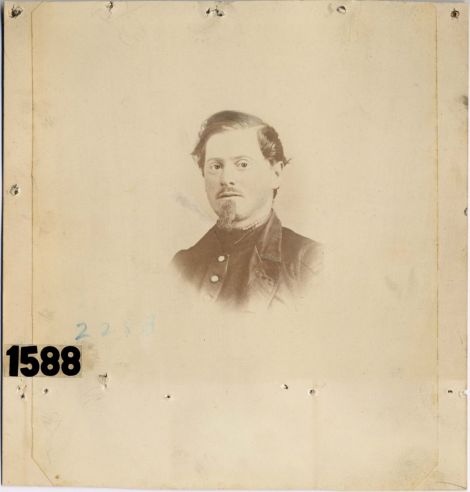 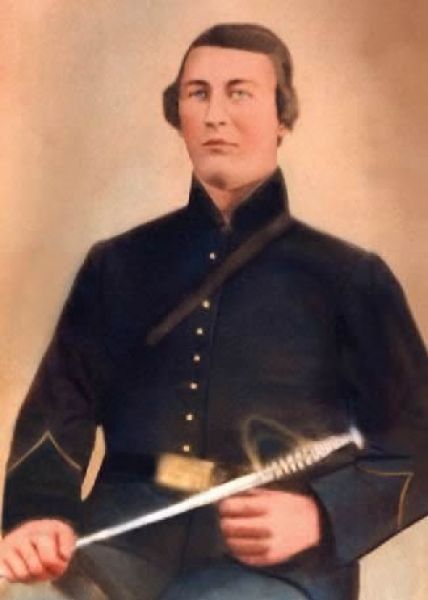 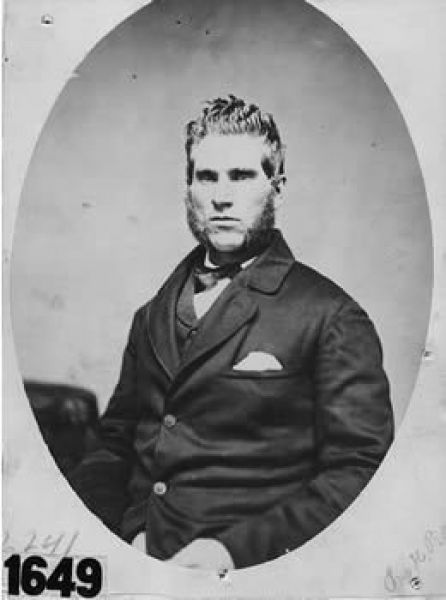 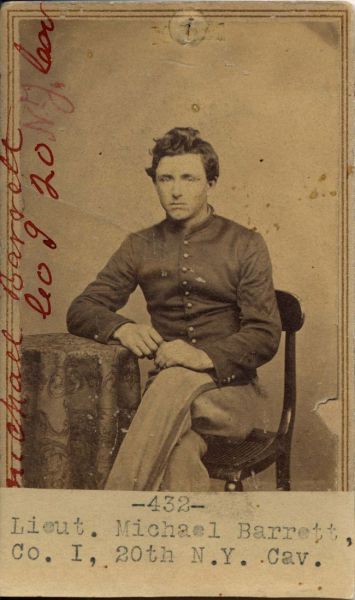 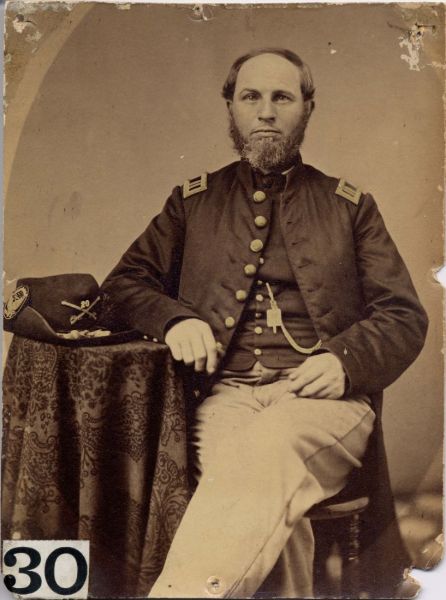 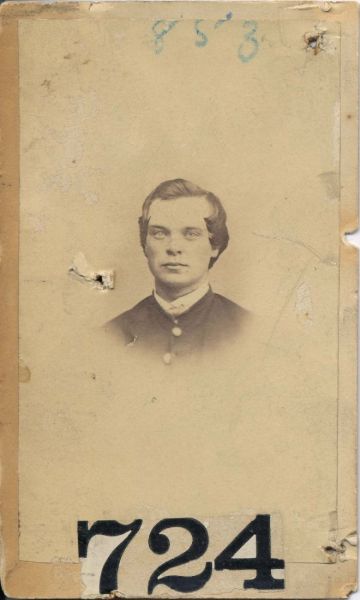 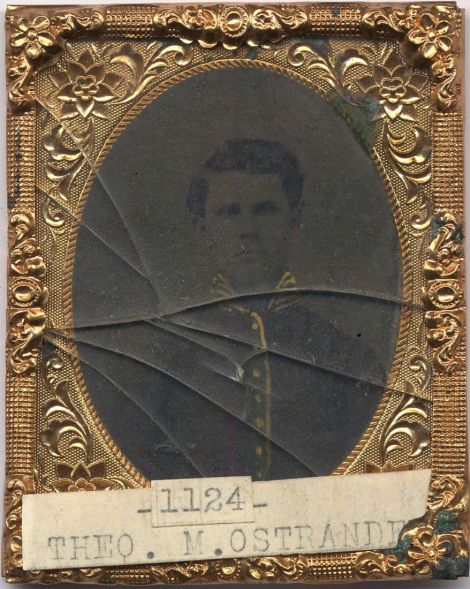 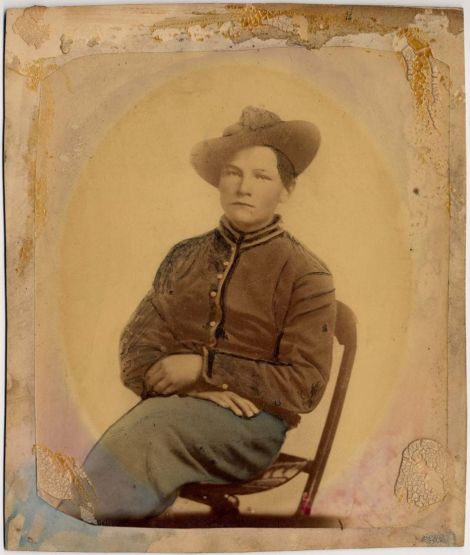 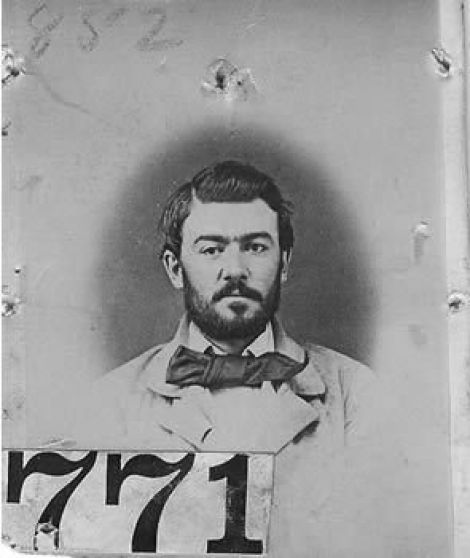 Eliason, Robert E. and Curt Davis. "Echoes from the Fall of Richmond: The Instruments and Career of Bandmaster George R. Choate." Journal of American Musical Instrument Society. XL 2014. 75-111, 223-227, 273.
Supplemental source material is here.
Copyright 2014.
PDF reprint courtesy of the Journal of the American Musical Instrument Society.
Distribution of PDF is permitted as long as this acknowledgement remains.

Sanderson, Harold I. Whispers from the past a source book of Civil War veterans' personal histories. Watertown, N.Y. Minuteman Press 1992.

Wolcott, Walter. The military history of Yates County, N.Y. comprising a record of the services rendered by citizens of this county in the army and navy, from the foundation of the government to the present time. Penn Yan, N.Y. Express Book and Job Print. House 1895.