First Veteran Cavalry.—Cols., Robert F. Taylor, John S. Platner; Lieut. -Cols., John S. Platner, Charles A. Wells; Majs., Charles A. Wells, Charles W. Ringer, James E. Williams, J. M. Guion, Jerry A. Sullivan, E. D. Comstock. This regiment was organized at Geneva and was originally intended to become the 17th cavalry, but the designation was changed before the organization had commenced. On Sept. 17, 1863, the men enlisted for Cos. A and B, 17th cavalry, were transferred to it. The various companies were principally recruited in the counties of Ontario, Seneca, Wayne, Monroe, Erie and Chemung. A and B were mustered into the U. S. service at Elmira, July 31 and Sept. 8, respectively, for three years, and the others at Geneva from Oct. 10 to Nov. 19. In Oct., 1864, Co. M was consolidated with Co. A, and a new Co. M was mustered in at Elmira for a service of one year. The regiment left the state by detachments from July to Nov., 1863, and served in the Department of Washington until Feb., 1864. It was composed of excellent material, chiefly veterans of the 27th and 33d infantry. Attached to the 1st brigade, ist division, cavalry of West Virginia, its first battle occurred at Upperville, in Feb., 1864. It lost 35 men at Snickersville on March 6. and 38 on the loth at Kabletown, Maj. Sullivan being among the killed. It suffered severely at New Market in May, where it lost 65 killed, wounded and missing. Continuous hard service followed, the regiment being actively engaged at Woodstock, Newtown, New Market, Harrisonburg, Piedmont, Waynesboro, Cheat mountain, Diamond hill, Lynchburg, White Sulphur Springs, Bunker Hill, and near Martinsburg, Leetown, Sharpsburg, Sandy Hook, Charlestown and Winchester. In Aug., 1864, attached to the 2nd cavalry division. Army of West Virginia, it fought at Duffield Station, Cedar creek, Berryville, Charlestown and Falling Waters, and was then ordered to remount camp, Md., where it remained until the end of Oct., 1864. In November it was engaged at Nineveh and Rude's hill without loss, as part of the Army of the Shenandoah. It participated in no more pitched battles. Under command of Col. Platner it was mustered out at Camp Piatt, W. Va., July 20, 1865, having lost while in service 4 officers and 47 men killed and mortally wounded; 87 men who died of disease, accidents, in prison, etc., a total of 138. 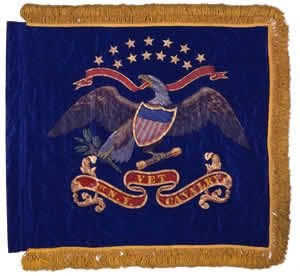 This blue, silk standard generally conforms to the 1861 U.S. Army Regulations. The standard features a painted Arms of the United States with thirteen… 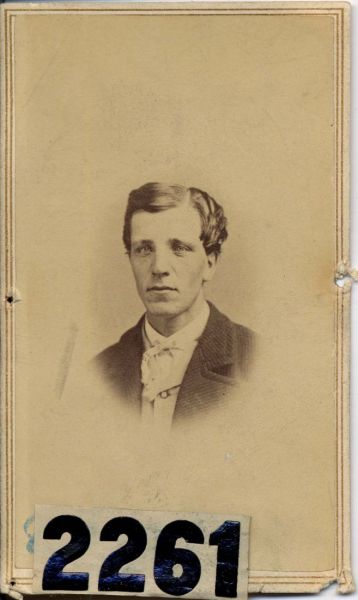 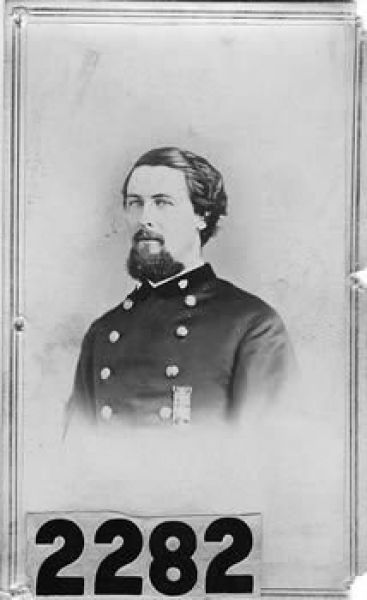 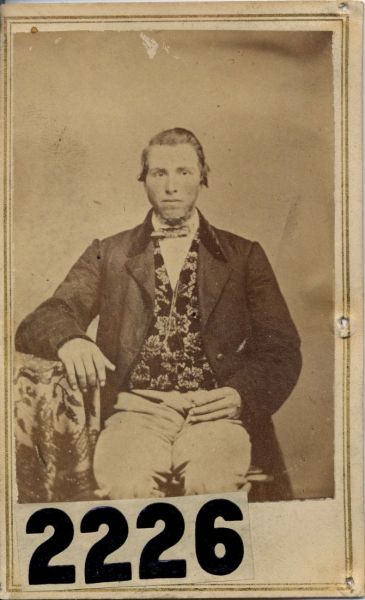 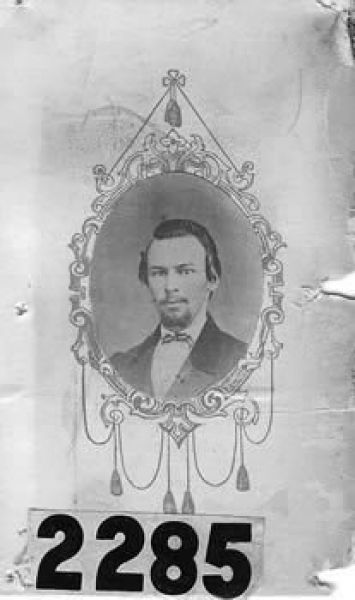 New York (State). Adjutant General's Office. Registers of the New York regiments in the War of the Rebellion. J.B. Lyon, 1894-1906.