Battery originally Company D of the 2nd militia, later 82nd regiment of infantry. It served detached from its regiment and was known as Battery B, until December 7,1861, when it received it numerical designation.
Mustered out: June 24, 1865.

This battery was originally Company D — the howitzer company — of the 2d Militia, later 82d Infantry. It served detached from its regiment, and was known as Battery B, N. Y. Volunteer Artillery, until, December 7, 1861, it received its numerical designation from the State. It was recruited and organized in New York city and left the State, commanded by Capt. Thaddeus P. Mott, May 19, 1861. It was mustered in the service of the United States for three years, June 17, 1861, at Washington, D. C, and shortly thereafter detached from its regiment and converted into a light battery. At the expiration of its term of service the men entitled thereto were discharged, and the battery continued in service. It served at and near Washington, D. C., from May, 1861; in W. T. Smith's Brigade, Division Potomac, from August 4, 1861; in Hancock's Brigade, Smith's Division, Army of the Potomac, from October, 1861; in same brigade and division, 4th Corps, from March, 1862; in 2d Division, 6th Corps, from May, 1862; in 1st Division, 4th Corps, from September 15, 1862; in 3d Division, 6th Corps, from October, 1862; in the 2d Division, 6th Corps, from November, 1862; with the Light Division, 6th Corps, from April, 1863; in the Artillery Brigade, 6th Corps, from May, 1863; in the Artillery Reserve, Army of the Potomac, from July 10, 1864; in the Artillery Brigade, 6th Corps, from December, 1864, and June 24, 1865, commanded by Capt. W. A. Harn, it was honorably discharged and mustered out at New York city, having lost by death during its service, killed in action, 12 enlisted men; of wounds received in action, 2 enlisted men; of disease and other causes, 4 enlisted men; total, 18.

Third Independent Battery.—Capts., Thaddeus P. Mott, William Stuart, William A. Harn. This battery was recruited and organized in New York city soon after the outbreak of the war, leaving the state for Washington on May 19, 1861, commanded by Capt. Mott. It was originally Co. D—the howitzer company—of the 2nd militia, later the 82nd N. Y. infantry, and served detached from the regiment until Dec, 1861. It was mustered into the U. S. service at Washington on June 17, 1861, for three years. As a part of the 82nd it participated in the first battle of Bull Run, and attached to W. T. Smith's brigade, Potomac division, it was twice in action at Lewinsville in Sept., 1861. The following spring it moved on the Peninsular campaign with the 2nd division, 6th corps, taking part in the siege of Yorktown, the battles of Lee's mill, Williamsburg, Chickahominy, and the Seven Days' battles, At Lee's mill it lost II men killed and wounded, and during the Seven Days' battles it performed gallant service under the personal command of Capt. Mott, sustaining a loss of 10 men killed, wounded and missing at White Oak swamp bridge. At the end of the Peninsular campaign, Capt. Mott resigned and was succeeded by Capt. William Stuart. Attached to the 1st division, 4th corps, it took part in the battle of Antietam, in the battle of Fredericksburg it was with the 6th corps, and was attached to this corps during the remainder of its active service. In the spring of 1863 it moved on the Chancellorsville campaign, being engaged at Franklin's crossing, Marye's heights and Salem Church; then took part in the battle of Gettysburg, and the subsequent campaigns in Virginia, ending with that of Mine Run. In the spring of 1864, it took part in all the great battles of the Wilderness campaign, leading up to the siege of Petersburg. It remained before Petersburg from June, 1864, to April 2, 1865, during which period it sustained a loss of i killed and 6 wounded. It then engaged in the Appomattox campaign, being active at the final assault on the works of Petersburg, Sailor's creek and Appomattox Court House. The original members (except veterans) had been mustered out on the expiration of their term of service and the battery, composed of veterans and recruits, was continued in service. On June 24, 1865, commanded by Capt. Harn, it was mustered out at New York city, having lost 14 men killed and mortally wounded and 4 men who died of disease. 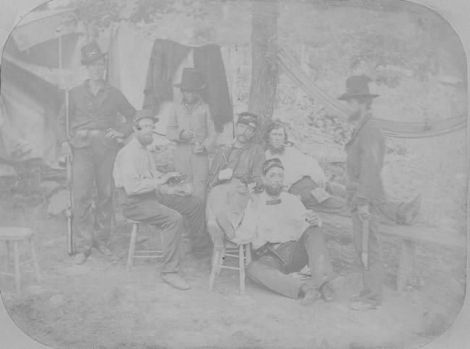 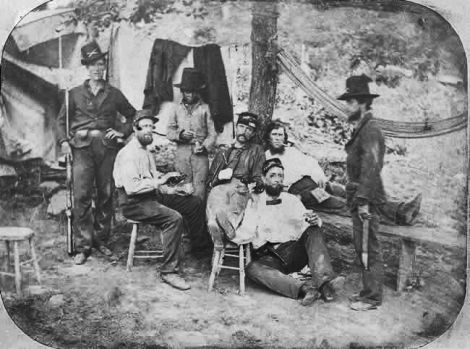 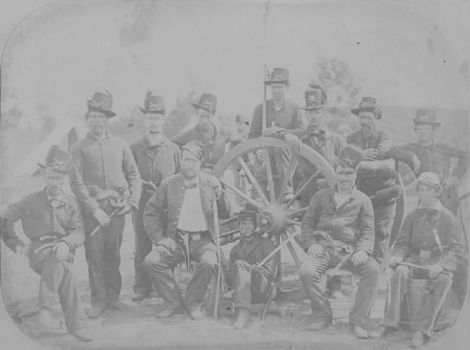 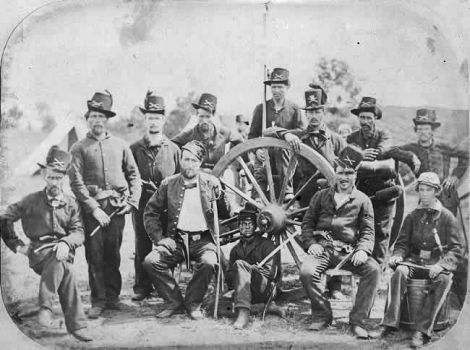 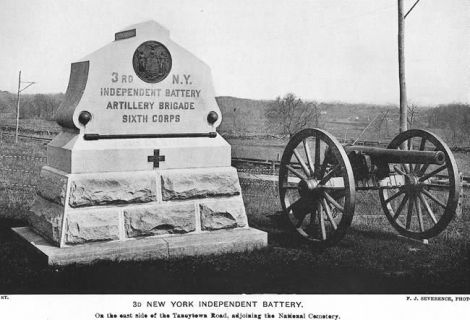