The following is taken from New York in the War of the Rebellion, 26th ed. Frederick Phisterer. Albany: J. B. Lyon Company, 1912.

This battery was recruited and organized at Rochester, and, commanded by Capt J. Warren Barnes, left the State December 4, 1862. It was mustered in the United States service for three years February 25, 1863, at New Orleans, La. On its journey to the Department of the Gulf it was wrecked twice and was en route fifty-one days. It received, December 20, 1864, a number of men by transfer from the 18th and 21st Batteries. The battery served in the defenses of New Orleans, La., from February, 1863; in the 4th Division, 19th Corps, from September, 1863; at Port Hudson, La., from December, 1863; in the 2d Division, 19th Corps, from February, 1864; in the 1st Division, 19th Corps, from March, 1864; in the District of Morganza, La., from July, 1864; in the Reserve, 2d Division, Department of the Gulf, from November, 1864; in the Artillery Brigade, 13th Corps, from March, 1865. Commanded by Lieut. Adam Beattie, the battery was honorably discharged and mustered out at New Orleans, La., September 12, 1865, having, during its service, lost by death of disease and other causes, 34 enlisted men.

Twenty-sixth Independent Battery.—Capts., J. Warren Barnes, George W. Fox. The 26th Battery, "Barnes' Rifle Battery," was recruited and organized at Rochester, and left the state on Dec. 4, 1862, en route by transport to the Department of the Gulf. On the passage it was wrecked twice and was en route 51 days, finally reaching New Orleans, where it was mustered into the U. S. service for three years, on Feb. 25. 1863. The battery was employed for a j'ear in garrison and guard duty at New Orleans and at Port Hudson, and in March, 1864, was attached to the ist division, 19th corps, with which it moved on the Red River campaign, engaging at Cane river crossing, Avoyelles prairie and Mansura. On its return it served in the District of Morganza and then in the reserve 2nd division, Department of the Gulf. In the artillery brigade, 13th corps, it was engaged at Spanish Fort, Fort Blakely, and Mobile in the spring of 1865, and was mustered out at New Orleans, commanded by Lieut. Adam Beattie, Sept. 1, 1865. Its loss during service was 34 enlisted men who died of disease and other causes. 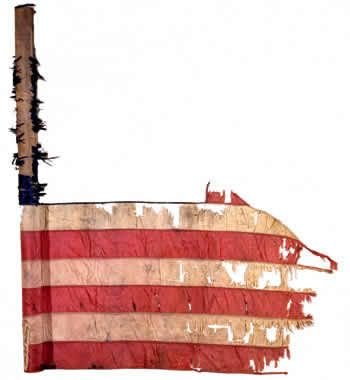 The NYS Battle Flag Collection includes two flags carried by the 26th Independent Battery including this silk, swallowtail guidon in the “stars and… 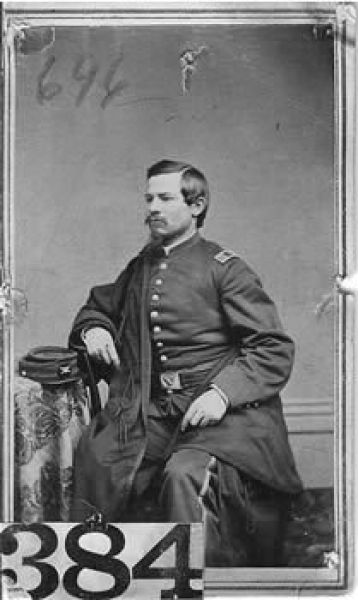 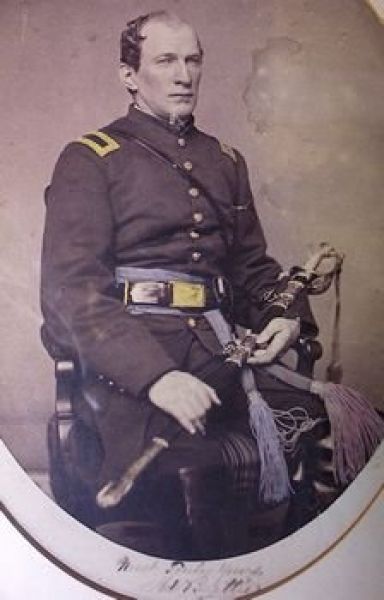 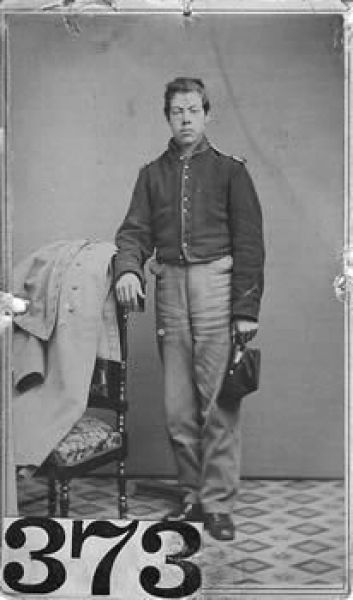 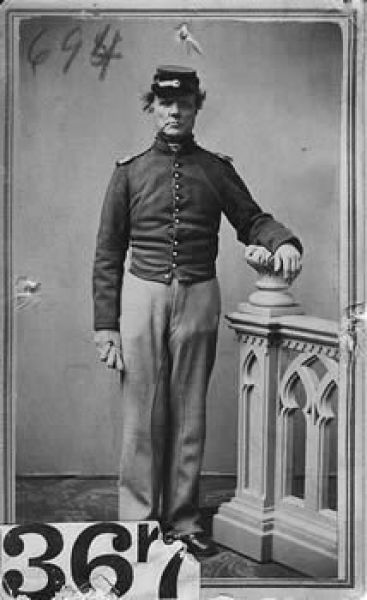 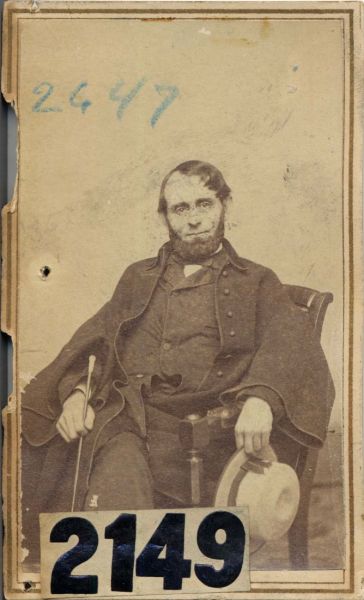