Captain Terrence J. Kennedy received, October 18, 1861, authority to recruit this battery. It was recruited and organized at Auburn, and there mustered in the service of the United States for three years, November 23, 1861. At the expiration of its term of service, the men entitled thereto were discharged and the battery continued in service.

First Independent Battery.—Capts., Terrence J. Kennedy, Andrew Cowan. This battery was recruited and organized at Auburn by Capt. Kennedy in the fall of 1861. It was mustered into the U. S. service on Nov. 23, for three years, and left the state on Dec. 4. On the expiration of its term of service the original members, except veterans, were mustered out and the battery, composed of veterans and recruits, continued in service until June 23, 1865, when it was mustered out at Syracuse, N. Y., commanded by Capt. Cowan. It was stationed during the winter of 1861-62 at Washington and in the spring of 1862 was assigned to the 6th corps, with which it moved on the Peninsular campaign, taking part in the siege of Yorktown, the battles of Lee's mill, Williamsburg and the Seven Days. On its return from the Peninsula it was subsequently engaged in the Maryland campaign, with small loss at Antietam and Fredericksburg. In the spring of 1863 it was assigned to the artillery brigade, 6th corps, and participated in the battles of Marye's heights, Salem Church, Deep Run crossing, Gettysburg (where it lost 12 killed and wounded), and in the subsequent Virginia campaigns, ending with that of Mine Run. Still with the 6th corps it fought through the bloody battles of the Wilderness campaign, leading up to the investment of Petersburg, where it was in the trenches from June i8 to July 9, 1864. It then took part in Sheridan's campaign in the Shenandoah, being engaged at the Opequan, Fisher's hill and Cedar creek besides numerous lesser engagements. At Cedar creek its loss was 23 killed and wounded. In Jan., 1865, it was again ordered to Petersburg, where it was engaged on March 25 with a loss of 5, and then took part in the Appomattox campaign ending with the surrender of Lee. It lost during service 2 officers and 18 men killed and mortally wounded; 38 men died of disease and other causes, a total of 58. 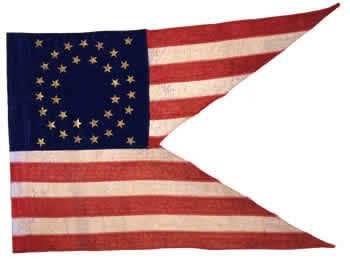 The NYS Battle Flag Collection includes one flag carried by the 1st Independent Battery, a silk, swallowtail guidon in the “stars and stripes” pattern…

No muster roll for this unit 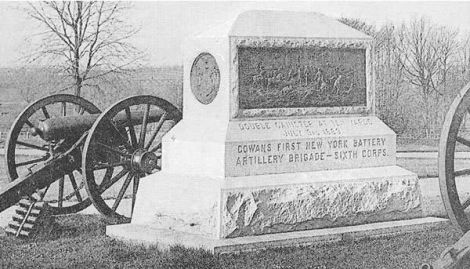 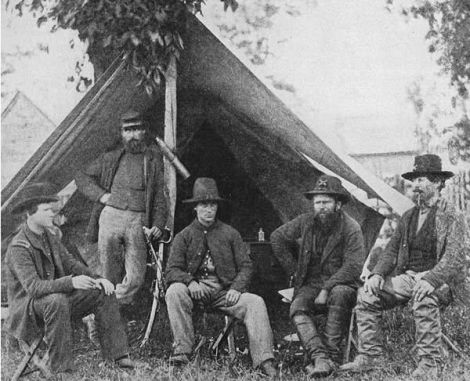 Cowan And His Men, May 1862, Just After The First Fight
Taken from Photographic History of the Civil War Volume V Poetry and Eloquence, Francis Trevelyan Miller, editor-in-chief. New York: the Trow Press, 1911. Page 29. 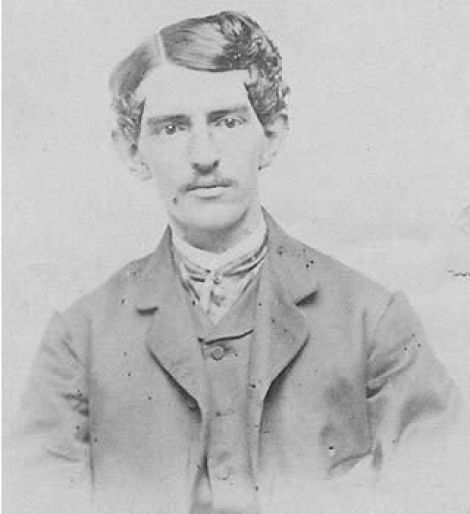 Emerson, St. Clair. Letter, 7 June 1864.
4 pages.
Letter, 7 June 1864, from St. Clair Emerson (b. ca. 1840), 1st New York Light Artillery Regiment, at Cold Harbor, Virginia, to his sister, Mrs. Joshua Traver of Montezuma, Cayuga County, New York. Emerson alludes to his participation in the ongoing Battle of Cold Harbor, makes tentative predictions about the fall of Richmond and the end of the war, discusses irregularities in the mail service, and shares news of his father’s aborted attempt to join the war effort.
Accession 42714. Located at the Library of Virginia in Richmond, Virginia.
Thank you to Ed Worman for pointing out this resource.

The reunion of Cowan's battery on the battlefield of Gettysburg, July 3rd, 1886. The twenty-third anniversary of the battle, with a sketch of the Battery, from 1861 to 1865. 1886.
Cover title: The First New York Independent Battery of Light Artillery, Artillery Brigade, Sixth Corps, Army of the Potomac, 1861 to 1865.

Shapley, Charles H. Letter, 19 June 1864.
4 pages.
Letter, 19 June 1864, from Charles H. Shapley (1838-1888), 1st New York Light Artillery, near Petersburg, Virginia, to his sister Alvira A. Shapley (b. ca. 1848) in Cortland County, New York. Subjects include the movement of his unit, skirmishes, a description of the city, having his photograph taken, and the impeding hanging of an African American.
Accession 41190. Located at the Library of Virginia in Richmond, Virginia.
Thank you to Ed Worman for pointing out this resource.