Battery E, Capt. John Stocum, principally recruited at Bath, Avon and Mitchellsville, was mustered in the United States service September 13, 1861, at Elmira. It served at and near Washington, D. C., from November, 1861; in Smith's Division, 4th Corps, Army of the Potomac, from March, 1862; in the 2d Division, 6th Corps, from May, 1862; from August, 1862, with the 1st Battery; with Battery L, from June 20, 1863; in Artillery Brigade, 5th Corps, Army of the Potomac, from March, 1864; as a mortar battery before Petersburg from June, 1864; in the Artillery Reserve, Army of the Potomac, but attached to the 9th Corps, from January, 1865. It was mustered out and honorably discharged, commanded by Capt. Angell Matthewson, June 16, 1865, at Elmira.

Battery E, Capt. John Stocum, recruited at Bath, Avon and Mitchellsville, was mustered in at Elmira, Sept. 13, 1861. Capt. Charles C. Wheeler succeeded to the command in Jan., 1862, and Capt. Angel Matthewson in May, 1864. It was stationed at Washington during the winter of 1861-62, and served during the Peninsular campaign with Smith's division, 4th corps, until May, and then in the 2nd division, 6th corps. In Aug., 1862, it was attached to the 1st N. Y. battery; from June 20, 1863, to Battery L; in the Wilderness campaign it was attached to the artillery brigade, 5th corps; and then served as a mortar battery before Petersburg until 1865, when it was in the artillery reserve, attached to the 9th corps until the end of the war. The battery took part in the engagements about Yorktown, at Lee's mill, Williamsburg, Mechanicsville, Garnett's farm, White Oak Swamp, Glendale, Malvern hill, Centerville, Chancellorsville, Gettysburg, Robertson's tavern, Wilderness, Spottsylvania, North Anna, Totopotomy, Bethesda Church, first assault on Petersburg, Fort Stedman and the fall of Petersburg. It lost during service 1 officer and 4 men killed and mortally wounded; 1 officer and 12 men died of disease and other causes, a total of 18. It was mustered out of service, commanded by Capt. Matthewson, at Elmira, June 6, 1865.

HISTORICAL SKETCH.
Battery E, First Regiment New York Light Artillery, was raised in the counties of Steuben and Livingston. Under command of Capt. John Stocum. the company went into barracks at Elmira, N. Y., where it was mustered into the United States service, September 13, 1861. Leaving Elmira in November, it proceeded to Washington, where it encamped during the winter of 1861-62. In March, 1862, it was assigned to Smith's Division, of the Fourth Corps, Army of the Potomac, and in the same month embarked on transports at Alexandria, Va., en route for the Peninsular campaign. The battery was now under command of Capt. Charles C. Wheeler, Captain Stocum having been discharged January 27, 1862.

Battery E was prominently engaged at the siege of Yorktown, in April, 1862, and was in action in the reconnoissance and skirmish near Lee's Mill, April 6th. In this affair the enemy's artillery sent a percussion shell, from a 10-pounder Parrott, which passed through the corner of an ammunition chest on a limber belonging to one of Wheeler's guns. This shell exploded twenty-nine cannon cartridges and two case shot in one compartment of the chest, and set fire to the packing tow in the other compartment. Sergt. David L. Smith and Artf. James H. Hickox promptly passed water upon the burning tow, which Priv. William H. Kershner pulled out with his hands, and thus prevented the explosion of the remaining ammunition. Gen. D. E. Keyes, the commander of the Fourth Corps, mentions this incident in his official report of the skirmish, and adds words of praise for the excellent conduct of the battery.

Wheeler's four guns were in action again on May 5th, at the battle of Williamsburg, taking position in front of Fort Magruder. Here fell the first man killed in the battery. In this engagement it acted in conjunction with Hancock's Brigade, and under General Hancock's immediate command. Upon the organization of the Sixth Corps in May, 1862, Smith's Division was transferred to that command, the battery going with it.

In company with Davidson's (Third) Brigade, of Smith's Division, Battery E was engaged on May 24th, at the battle of Mechanicsville, but without sustaining any casualties, aside from some horses which were killed. Colonel McKean of the Seventy-seventh New York Infantry, in his official report of this engagement, says that "Wheeler's Battery most effectually riddled the village, driving the enemy's sharpshooters out of the buildings, and causing his artillery to reply at longer and still longer intervals until it was silent."

Battery E suffered considerably from sickness while on the Peninsula, so much so that at the battle of White Oak Swamp, Captain Wheeler reported that he could man only two of his guns effectively. After participating in the Seven Days' battle the battery went into camp at Harrison's Landing, on the James River, where the entire army was resting after the campaign.

The battery becoming reduced in numbers below the point of efficiency, it was attached to Cowan's First Independent Battery in August, 1862, with which it served during the Maryland campaign, at Antietam and Fredericks-burg. Captain Wheeler received an honorable discharge, January 22, 1863. On June 20, 1863, Battery E was transferred to Reynolds' Battery — L, First N. Y. L. A.— with which it fought at Gettysburg, the Wilderness, and Spotsyl-vania.

Capt. Henry W. Davis, formerly an officer in Winslow's Battery — D — was assigned to Battery E in May, 1864, but he was killed at the battle of the North Anna River, May 23, 1864, while endeavoring to rally a line of infantry behind Mink's Battery.

While before Petersburg, in June, 1864, Battery E was reorganized under the command of First Lieut. James B. Hazelton, and assigned to duty in the trenches, where it was placed in charge of some Coehorn mortars. It was now in the Fifth Corps, and formed part of Major Fitzhugh's Brigade of the Reserve Artillery. Lieut. Angell Matthewson, of Winslow's Battery — D — was commissioned captain and assigned to the command of Battery E.

Under command of Lieut. George H. Barse, the battery participated in the final campaign, taking an active part in the assault which resulted in the fall of Petersburg, after which it accompanied the Fifth Corps to Appomattox.

It returned to Elmira, under the command of Captain Matthewson, where it was mustered out June 6, 1865. 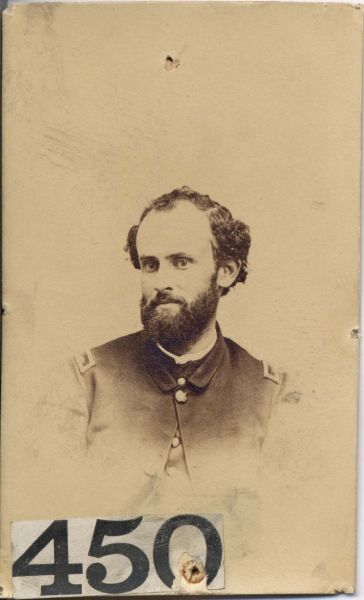 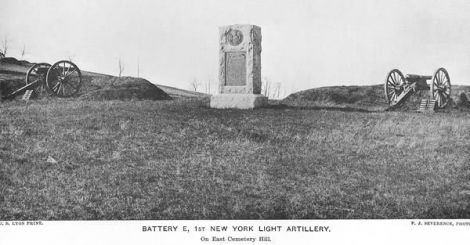 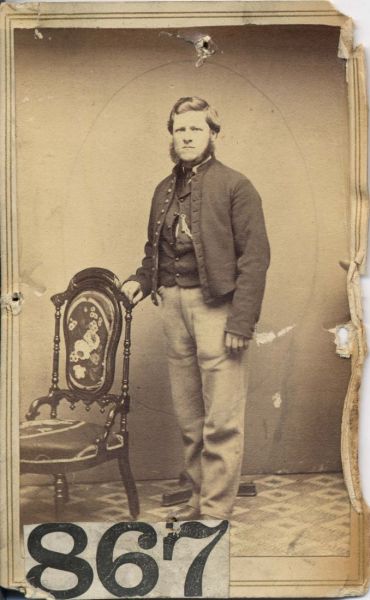 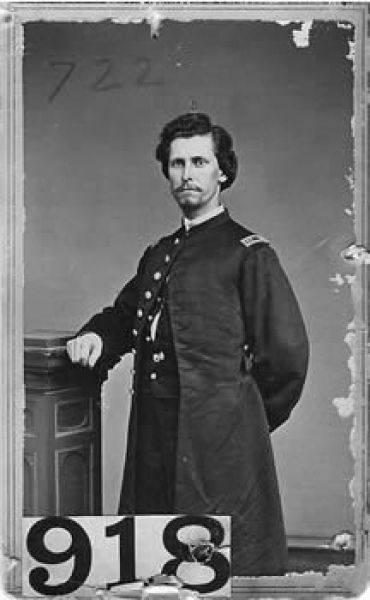 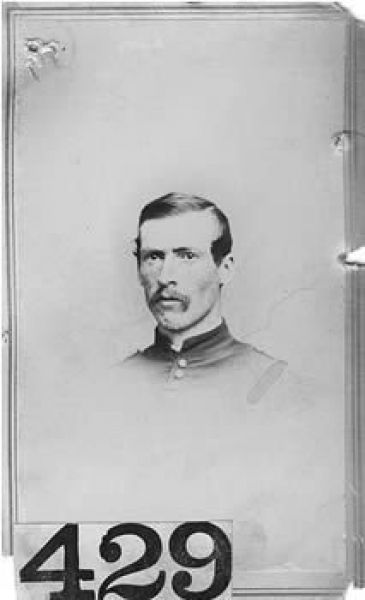