Battery B, Capt. Rufus D. Pettit, was recruited at Elmira and Baldwinsville and was mustered into the U. S. service Aug. 30, 1861. In November it received by transfer a number of men belonging to Capt. Busteed's Chicago light battery (C) and in Sept., 1863, a number of men from the 14th N. Y. battery. Most of its service was with the 2nd corps, the reserve artillery and the artillery brigade, 5th corps. Army of the Potomac. It participated in the siege of Yorktown. the battles of Fair Oaks, Seven Days', Antietam, Fredericksburg, Chancellorsville, Gettysburg, the Mine Run campaign, Wilderness, Spottsylvania, North Anna, Totopotomy, Bethesda Church, Petersburg, Weldon railroad, Poplar Grove Church, Hatcher's run, Hicksford raid, White Oak ridge, Five Forks, fall of Petersburg and Appomattox Court House. It was mustered out and discharged at Elmira, June i8, 1865, under Capt. Robert E. Rogers. It lost during service 16 killed and died of wounds; 10 died of disease and other causes; total deaths, 26. It has the distinction of ranking nth among all the light artillery batteries in the service, in point of loss in battle. Its loss at Gettysburg was particularly heavy, amounting to 10 killed, and 16 wounded. Capt. Hazard, commanding the artillery brigade, 2nd corps, speaking of the third day's fighting at Gettysburg, says in his report: "Battery B, 1st New York artillery, was entirely exhausted; its ammunition expended; its horses and men killed and disabled; its commanding officer, Capt. J. M. Rorty, killed, and senior 1st Lieut. A. S. Sheldon severely wounded. In the death of Capt. Rorty the brigade has lost a worthy officer, a gallant soldier, and an estimable man. He had enjoyed his new position but one day, having assumed command of Battery B, on July 2, as it was about to engage the enemy." 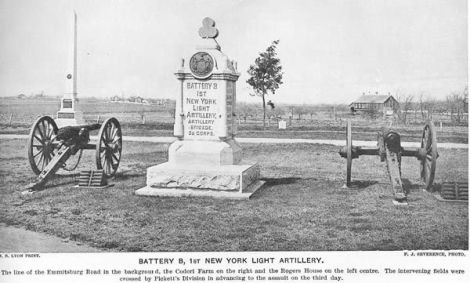 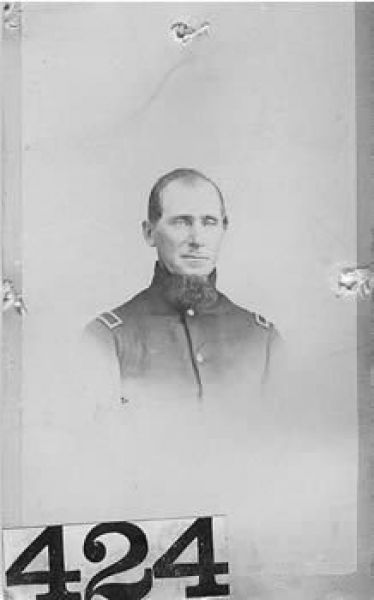 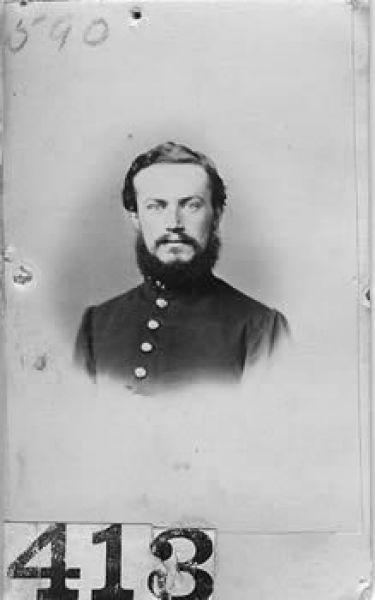 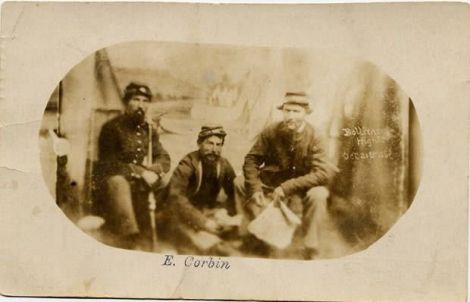 Private Elbert Corbin and others, Battery B, 1st New York Light Artillery
Elbert Corbin in middle Bolivar Heights - October 21st, 1862 On back of photograph - "E Corbin soon after the Battle of Antietam on Bolivar Hts Va. Taken by the man who took the War book come to you (see following comment). The two Infantry men are The Pennsylvania Buck Talers [Tails]. I made this Negative from a tin type. E. Corbin" A digital scan of this image as well as the transcription was donated by Tom Corbin, great-grandson of Elbert Corbin. 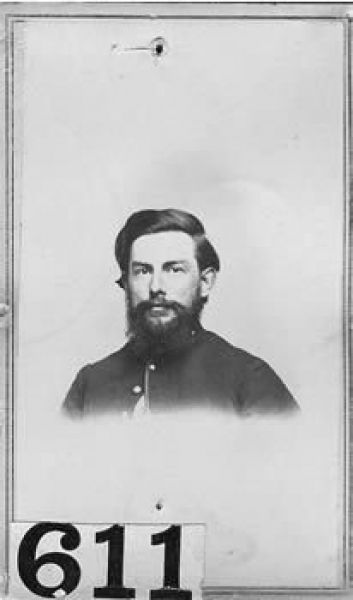 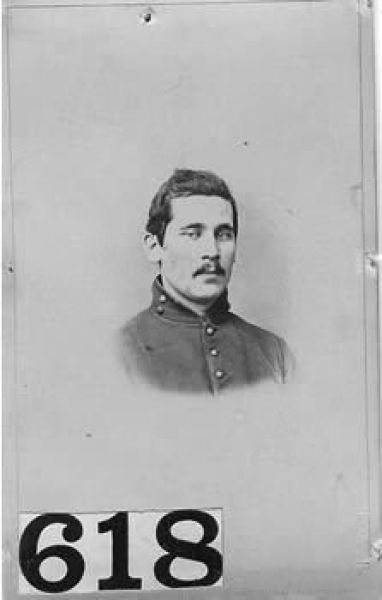 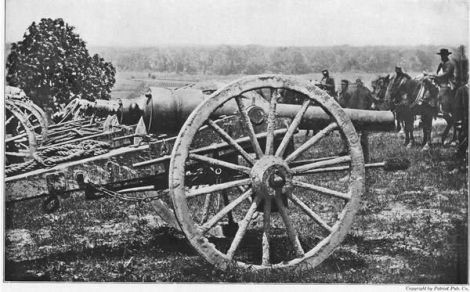 The Guns That Got There 1st Artillery Regiment (Light) Battery B
Mud, according to Napoleon, is the fifth important element in war. Here we see the guns of Pettit's Battery, Company B, First New York Artillery, which had just conquered in a contest with mud. On the night of May 30th the swollen Chickahominy had swept away most of the recently constructed bridges. Some of the Federal Artillery had managed to get across, but the soil was so water-soaked that it was almost impossible to move the guns which were needed for the battle of the two following days. During the night of May 31st Pettit's command dragged their guns through the mud up from the river to Richardson's division on the right of the Federal line near the railroad; caisson and gun carriage had sunk to the very hubs, as their condition shows. Of all the artillery that had been ordered up these were the only guns able to answer at the dawn of June 1st. Taken from Photographic History of the Civil War Volume I The Opening Battles, Francis Trevelyan Miller, editor-in-chief. New York: the Trow Press, 1911, page 280.