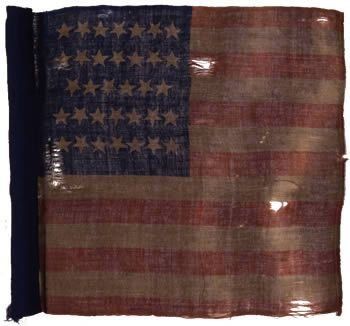 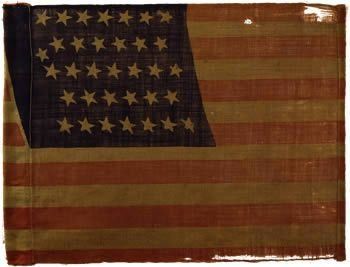 Two 34-star printed wool camp colors in the US national pattern as prescribed in General order No. 4, Headquarters of the U.S. Army, dated 18 January 1862. One camp color features a typical star pattern of five horizontal rows with seven stars in each of the upper two, and bottom two rows with six stars in the indented center row. The other camp color features an atypical star pattern with one star printed seemingly between the 2nd and 3rd row, six stars in the 4th row rather than the center row, and a skewed, or angled, canton. The printing process no doubt contributed to the flag’s awkward layout.