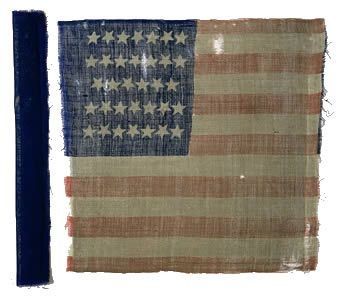 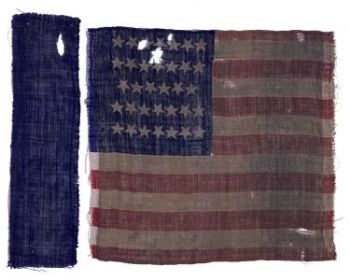 Printed wool camp colors in the US national pattern as prescribed in General Order No. 4, Headquarters of the U.S. Army, dated 18 January 1862. These early-war camp colors include 34 white stars in five horizontal rows. A piece of blue wool is believed to have been added to each flag to serve as a sleeve when the flag received a netting treatment in 1974. After State Parks textile conservators removed the 1974 netting treatment, the sleeve remained detached from the flag as it was prior to the netting treatment.