This regiment, located in New York city, was ordered to proceed to Washington, D. C, April 20, 1861. It left the State with eight companies April 28, 1861, commanded by Col. C. Schwarzwaelder, and was mustered in the United States service for three months May 1, 1861, at Washington, D. C. A company of the 2d Militia was transferred to it as Company K, May 28, 1861. It served at Washington from May, 1861, and in General Patterson's army at Hagerstown, Martinsburg, Charlestown, Bolivar Heights and Knoxville, Md., from July 1, 1861. August 7, 1861, it was mustered out at New York city. Measures to reorganize it as a volunteer regiment for three years' service failed.
May 27, 1862, the regiment was ordered to proceed to Washington, D. C., for a service of three months; June 6, 1862, this order was revoked.
June 18, 1863, the regiment, then commanded by Col. Louis Burger, was ordered to proceed to Harrisburg, Pa., to serve thirty days; it left the State (ten companies) June 19, 1863; served at Harrisburg, Marysville, Carlisle and Chambersburg, Pa., under General Yates, in the 1st Brig., Dana's Div., Dept. of Susquehanna, and was mustered out of the United States service at New York city July 22, 1863.
The regiment, not now in existence, took part in the occupation of Arlington Heights, Va., May 24, 1861.

The Fifth Regiment was organized in the city of New York. It is composed of German citizens. At the time of its departure from the State, it numbered 600 men. The following were the field officers :
Colonel—Ch. Schwarzwalder.
Lieutenant Colonel—Louis Burger.
Major—George Van Amsberg.
Its position in the Militia organization is in the Second Brigade, First division. The regiment was originally organized as artillery, but doing duty as infantry. By Special Orders No. 60, of April 20th, 1861, Major General Sandford, commanding First divi¬sion, was directed to detail two regiments in addition to the Sixth, Seventh, Twelfth and Seventy-first for immediate service, to report forthwith to the President at Washington, and subsequently by Special Orders No. 103, of April 28th, he was instructed to detail the Fifth as one of such regiments, and provide for their immediate transportation to Washington, and for the issue to them of one month's supplies.
Before leaving the State, Colonel Van Buren, the Paymaster General, paid over to the regiment on State account, $3,509.40. The regiment left New York on the 29th of April, on board the steam transport Kedar, for Annapolis, they proceeded thence to Baltimore, at which place and in its vicinity, a good portion of their three months' service was rendered, particularly at what is termed the "Relay House," where they were employed upon guard, picket and scout duty. "Their vigilance frequently prevented serious results to the body of troops stationed at that post." They also did duty along the railroad, which was a special object of their care, thwarting any attempt to place obstacles upon the tracks, and in this respect their services were most valuable, for a large portion of the population of Maryland were then so strongly disaffected towards the Union, that it was necessary to exercise the greatest caution in guarding the lines of communication with the Capital. On the 9th of July, the Fifth crossed the Potomac at Williamsport, and at the time of the battle of Bull Run was serving under General Patterson. The regiment returned to New York on the 2d of August. 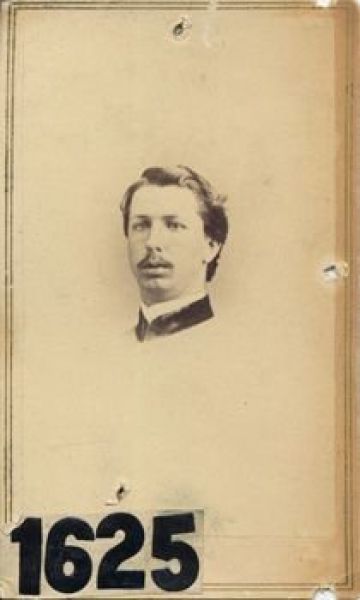 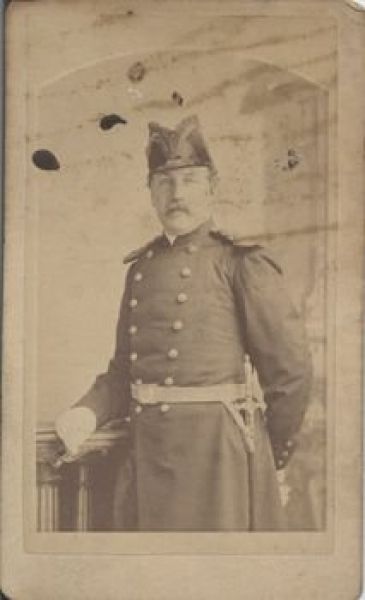