Forty-sixth Infantry.—Cols., Rudolph Rosa, Joseph Gerhardt, George W. Travers; Lieut.-Cols., Germain Metternich, Joseph Ger-hardt, George W. Travers, Ambrose Stevens, Adolph Becker; Majs., Joseph Gerhardt, Julius Parcus, Theodore Kohle, Ambrose Stevens, Peter French. The 46th, known as the Fremont Rifle regiment was composed of Germans, recruited in New York city, where the regiment was mustered into the U. S. service on July 29 to Sept. 16, 1861, for a three years' term. It left on Sept. 16, 800 strong, for Washington, where it was assigned to the 1st brigade, Sherman's division and quartered at Annapolis. Early in Novem-ber it was assigned to the Department of the South, embarked for Hilton Head, where it arrived on the 7th after a stormy voyage, and was stationed there until the following month, when it was moved to Tybee island, Ga., remaining there during the winter of 1861-62; and participating in the siege of Fort Pulaski. In June, 1862 it was sent to James island, S. C., where it was engaged on the 8th. It next was in action at Secessionville, and in July was ordered to return to Newport News, where it was assigned to the 2nd brigade, 1st division, 9th corps, with which it took part in the battles of Sulphur springs, Bull Run (second), Chantilly, South mountain and Antietam. In September, it was assigned to the 1st brigade, 1st division, 9th corps and in November, to the 2nd bri-gade once more. It was held in reserve at Fredericksburg, and then went into winter quarters at Falmouth. About the middle of June, 1863, the corps joined Gen. Grant at Vicksburg. There the regiment participated in the siege operations, then in the pursuit to Jackson and the fighting in that vicinity in July. In June it was transferred to the 3d brigade, 2nd division, and in August, returned to the 2nd brigade, 1st division. After the fall of Vicksburg the corps was ordered to Knoxville, being engaged on the march at Blue Springs and Campbell's station. The 46th was stationed at Knoxville during the siege, and during the winter the major portion of the regiment reenlisted and received veteran furlough. Upon the return of the 9th corps from Knoxville to Cincinnati, in April, 1864, the original members of the 46th not reenlisted proceeded to New York and were there mustered out on April 12. The veteran regiment served with the 2nd brigade, 4th division, 5th corps, Army of the Potomac, from May 30 to June 11, 1864; was then attached to the 2nd brigade, 3d division, 9th corps, with which it served until September, and was then transferred to the 2nd brigade, 1st division, 9th corps. It was active at the Wilderness, Spottsylvania, the North Anna, Totopotomy, and Cold Harbor; suffered heavy loss at Petersburg in the assaults of June 16-19, and at the mine explosion in July; participated in the actions at the Weldon railroad, Poplar Spring Church, Hatcher's run, Fort Stedman, and the final assault on April 2, 1865. Soon after the fall of Petersburg, the regiment was ordered to Washington, where it was mustered out July 28, 1865. The total loss of the regiment was 327 killed, wounded and missing, 109 members dying from wounds during the term of service and 89 from other causes. 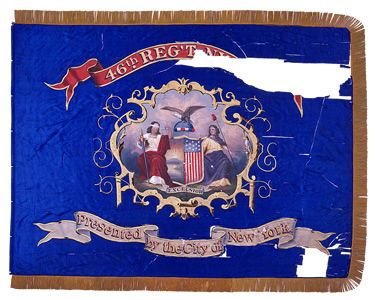 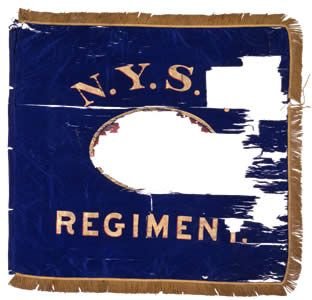 Between July and September 1861 the 46th Regiment NY Volunteer Infantry, or “Fremont Rifles,” mustered into service for three years. These two silk… 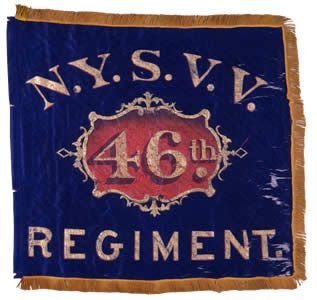 Between July and September 1861 the 46th Regiment NY Volunteer Infantry, or “Fremont Rifles,” mustered into service for three years. When their… 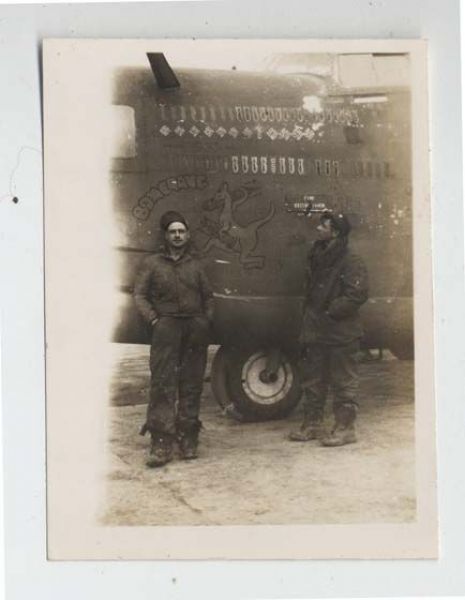 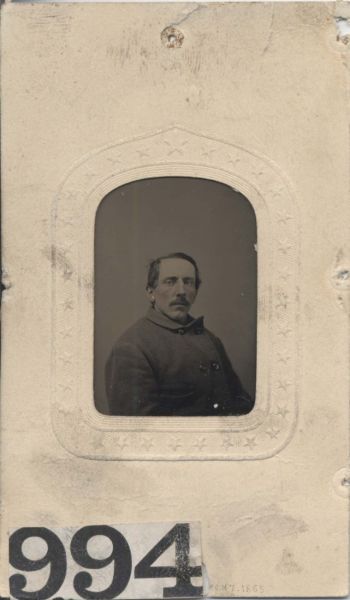 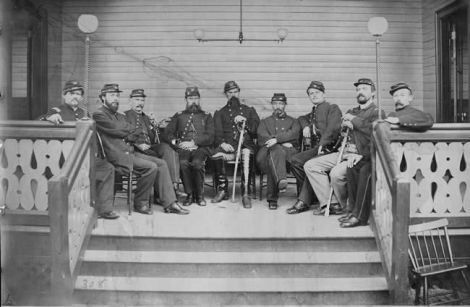 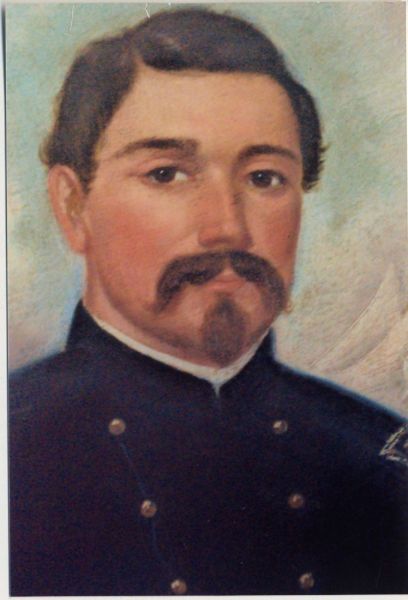 Mettendorf, Ernst. Between triumph and disaster : The history of the 46th New York Infantry from 1861 to 1865. A German regiment in the American Civil War. A computer-generated translation of the original German version with 39 pictures.. Eden, NY: [the author] 2012.
Thank you to Mr. Mettendorf for agreeing to make this freely available online.