This regiment, Col. George Von Amsberg was organized in New York city, where it was recruited almost wholly of Germans, and mustered in the service of the United States for three years September 9, 1861; it received its numerical designation from the State September 14, 1861. Part of the Honved Regiment, Col. Edward Count Wratislaw, was consolidated into this regiment. At the expiration of its term of service, the men entitled thereto were discharged, principally October 8, 1864, and the regiment retained in service.
The regiment left the State October 9, 1861; served in Stand's Brigade, Blenker's Division, Army of the Potomac, from October 12, 1861; in 1st Brigade, same division, Mountain Department, from April, 1862; in the 1st Brigade, 1st Division, 1st Corps, Army of Virginia, from June 26, 1862; in the same brigade and division, nth Corps, Army of the Potomac, from September 12, 1862; in the 1st Brigade, 3d Division, 11th Corps, Army of the Potomac, from June, 1863; in the 3d Brigade, 1st Division, 20th Corps, from April, 1864; in the 4th Division, 20th Corps, at Nashville, Tenn., Department of Cumberland, from July 6, 1864; and it was consolidated, under Lt.-Col. Adolphus Dobke, company to corresponding company, with the 58th Infantry, June 30, 1865, at Nashville, Tenn.
During its service the regiment lost by death, killed in action, 4 officers, 31 enlisted men; of wounds received in action, I officer, 17 enlisted men; of disease and other causes, 2 officers, 106 enlisted men; total, 7 officers, 154 enlisted men; aggregate, 161; of whom 3 officers, 19 enlisted men, died in the hands of the enemy.

Forty-fifth Infantry.—Cols., George Von Amsberg, Adolphus Dobke; Lieut.-Cols., Edward C. Wratislaw, Adolphus Dobke, Charles Koch, Joseph Sprangenburgh; Majs., Charles Sempsey, Adolphus Dobke, Charles Koch, Gustavus Korn. The 45th, the 5th German Rifles, recruited in New York-city, was composed mainly of Germans and was mustered into the U. S. service at New York city Sept. 9, 1861, for a three years' term. A month was passed in camp at Jones' wood and Oct. 9, the regiment left for Washington, where it was assigned to the 1st brigade, 5th division and encamped at Hunter's Chapel, Va., for the winter. In April, 1862, the 45th was transferred to the Mountain Department under Gen. Fremont and arrived at Winchester on April 19, remaining there until May I. It participated in the battle of Cross Keys and then retired to Middletown, where many of the men were on the sick list, owing to the constant, severe marches with insufficient food to which the troops had been subjected. Attached to the 1st brigade, 1st division, 1st corps, Army of Virginia, the regiment was ordered to Sperryville, Madison Court House, Gordonsville, Cuylersville, Cedar mountain and White Sulphur springs, took part in the second battle of Bull Run, and then encamped at Lewinsville from Sept. 3 to 21. It was next stationed until Nov. 3 at Centerville, where the brigade and division became a part of the nth corps, Army of the Potomac, and were successively posted at Thoroughfare gap, Aldie and Chantilly. On Dec. 11, as part of Gen. Sigel's reserves, the 45th arrived at Falmouth and after the battle of Fredericks-burg was withdrawn to Stafford Court House, where winter quar-ters were established. In the Chancellorsville movement in May, 1863, the 45th was closely engaged with a loss of 76 in killed, wounded and missing, and in June it was assigned to the 1st bri-gade, 3d division, nth corps and marched to Gettysburg, where it participated in the three days' battle with the loss of 224 in killed, wounded and missing. Gathering together its scattered ranks the regiment moved west and in October participated in the battle of Wauhatchie, Tenn. It then moved to Chattanooga, shared in the Rossville campaign, and was present at Missionary ridge in November. At the opening of the Atlanta campaign in the spring of 1864, the 45th was assigned to the 3d brigade, 1st division, 20th corps, with which it served until July, being in action at Resaca, Dallas and Kennesaw mountain. In July it was attached to the Department of the Cumberland at Nashville and remained there until the close of the war. The original members not reenlisted were mustered out on Oct. 8, 1864, but the command was retained as a veteran regiment until June 30, 1865, when it was consolidated with the 58th N. Y. and with it mustered out at Nashville Oct. 1, 1865. During the term of service the regiment lost 53 by death from wounds and 108 by death from other causes. 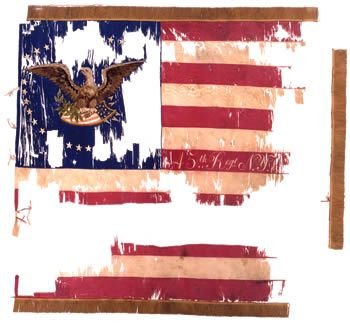 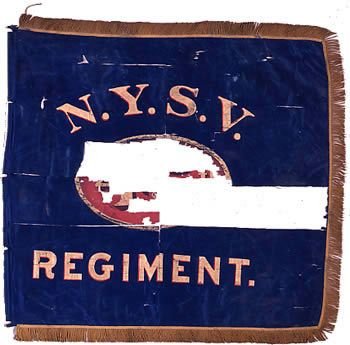 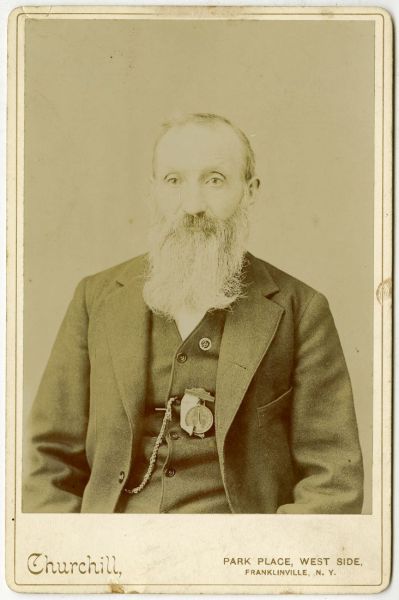 Vanderhoef, James W. Civil War letters of Captain James W. Vanderhoef (Company D, 45th and 71st New York Regiments
Description: 1 sound cassette (ca. 28 min.) :; Dolby processed.
Abstract: Captain Vanderhoef writes excellent letters of the battles in which he participated (Bull Run and Chancellorsville); and then very dynamically, he writes as a prison-of-war from Libby Prison (2 letters) and prison in Columbia, SC (1 letter)-- he was captured in action at Gettysburg, and then parolled.
Notes: Title from inlay card./ 19 letters (1861-1865); plus 13 letters.
Located at the Brooklyn Public Library.