This regiment, Col. Walter Phelps, Jr., was accepted by the State and numerically designated May 14, 1861; organized at Troy and there mustered in the service of the United States, for two years, June 6, 1861. The three years' men of the regiment, but a few, were in June, 1863, transferred to the 76th and 93d N. Y. Volunteers. The companies were organized: A at Waterford and Cohoes; B and I at Fort Edward; C at Keeseville; D at Cambridge; E and F at Glens Falls. The first Company G was organized May 7 and disbanded June 1, 1861; the second Company G, originally The Whitehall Light Guards, was organized at Whitehall; Company H at Sandy Hill, and Company K at Port Henry. The men were recruited principally in the counties of Albany, Clinton, Essex, Saratoga, Warren and Washington.
The regiment left the State June 28, 1861; passing through Baltimore, Md., it had one man killed by a mob; it served at and near Washington, D. C, from July 1, 1861; in Keyes' Brigade, Division of Potomac, from August 4, 1861; in same brigade, McDowell's Division, Army of the Potomac, from October 15, 1861; in Augur's Brigade, from January, 1862; in 2d Brigade, 3d Division, 1st Corps, Army of the Potomac, from March 13, 1862; in 1st Brigade, King's Division, Department of Rappahannock, from May, 1862; in 1st Brigade, 1st Division, 3d Corps, Army of Virginia, from June 26, 1862; in same brigade and division, 1st Corps, Army of the Potomac, from September 12, 1862; and it was honorably discharged and mustered out, under Colonel Phelps, June 19, 1863, at Albany.
During its service the regiment lost by death, killed in action, 7 officers, 42 enlisted men; of wounds received in action, 4 officers, 19 enlisted men; of disease and other causes, 1 officer, 27 enlisted men; total, 12 officers, 88 enlisted men; aggregate, 100; of whom 1 enlisted man died in the hands of the enemy.

Twenty-second Infantry.—Col., Walter Phelps, Jr.; Lieut.-Cols., Gorton F. Thomas, John McKee, Jr., Thomas J. Strong; Majs., Johrr McKee, Jr., George Clendon, Jr., Thomas J. Strong, Lyman Ormsby. The 22nd, known as the 2nd Northern New York regiment, was composed of four companies from Washington county, three from Essex, two from Warren and one from Saratoga county and was mustered into the U. S. service at Camp Rathbone, Troy, on June 6, 1861, for two years. A fortnight later it moved to Albany, where it remained until June 28, when it left for Washington. It encamped on Meridian hill until July 24, when it moved to Arlington heights, where it was assigned to Gen. Keyes' brigade, which in March, 1862, became the 3d brigade, 3d division, 1st corps. Winter quarters were occupied at Upton's hill until March 10, 1862, when the regiment joined in the movement to Centerville, but returned to Upton's hill immediately afterward, and proceeded to Falmouth in April. In June the regiment became a part of the 1st brigade, 1st division, 3d corps, Army of Virginia, and in Sept., 1862, the same brigade and division, was made part of the 1st corps, Army of the Potomac. This brigade was known as the Iron Brigade before the Iron Brigade of the West was formed. At Manassas the loss of the regiment was 180 killed, wounded or missing, out of, 379 engaged, of whom 46 were killed or mortally wounded, or over 12 per cent. of 24 officers present, 19 were killed or wounded, 9 mortally, among them Lieut.-Col. Thomas. The first week of September was spent in camp at Upton's hill and it next advanced to South mountain, where it was closely engaged, then to Antietam, where again the loss was heavy. About the middle of November,; the command arrived at Falmouth and participated in the battle of Fredericksburg, being stationed on the extreme left of the army. It then returned to camp at Falmouth and joined in the "Mud March," after which it went into winter quarters at Belle Plain, On April 28, 1863, camp was broken for the Chancellorsville movement, during which the regiment was held in reserve and met its only loss at Pollock's Mill creek, where 10 men were wounded while acting as rear-guard. The regiment was mustered out at Albany, June 19, 1863, having lost 72 men by death from wounds and 28 by death from other causes. 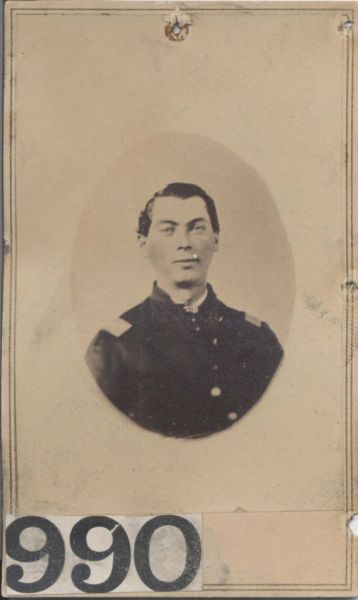 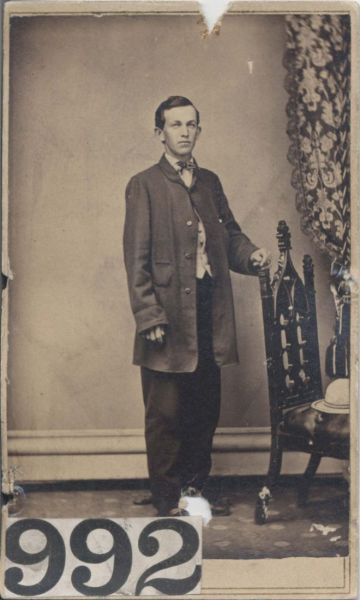 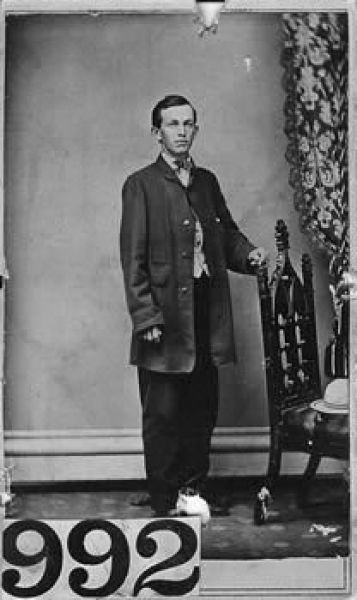 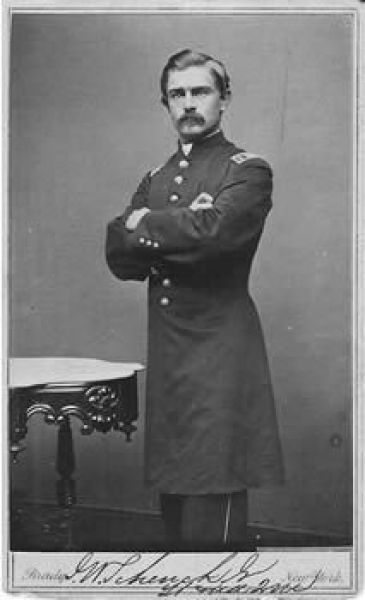 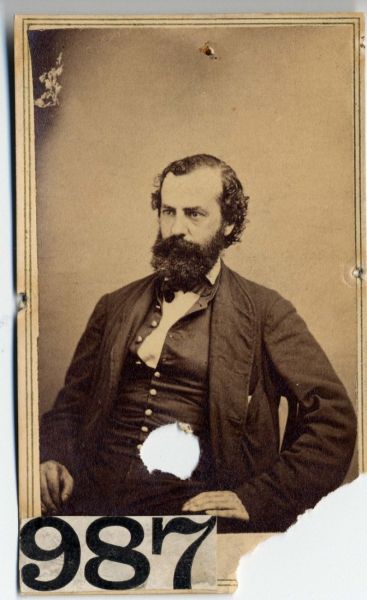 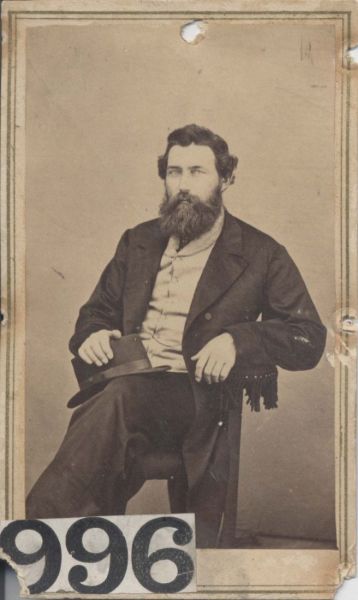 Cunningham, Roger. '"Always a Storm Centre:" The Trials and Tribulations of Lt. Col. Asa Bird Gardiner.' The Journal of America's Military Past. (Fall, 2006) 5-28.

Ranger, Frederick E. Letters, 1862.
6 pages.
Letters, 1862 and n.d., sent from Frederick E. Ranger, 22nd New York Infantry Regiment, while on duty in Virginia. Includes letter, n.d., sent to an undetermined recipient asking for clothes and letter, 4 May 1862, sent to Fred Ranger, his father in Warren County, New York, concerning troop morale, his opinion of generals and military leadership, and family matters. There are also typed transcripts of the letters.
Accession 40757. Located at the Library of Virginia in Richmond, Virginia.
Thank you to Ed Worman for pointing out this resource.