First Infantry.—Cols., William H. Allen, Garret Dyckman, J.. Frederick Pierson; Lieut-Cols., Garrett Dyckman, J. Frederick Pierson, Francis A. Leland; Majs., James M. Turner, J. Frederick Pierson, James P. Clancy, Joseph Seamans. The ist regiment, recruited in New York city, was mustered into the U. S. service for a two years' term, at Staten island, April 22 to 24 and May 3 to 7, 1861, and was the first regiment to be accepted for that length of time. On May 26 it embarked for Fortress Monroe; was there stationed until June 10, when it received orders to move to the support of the force at Big Bethel and was active at the battle of that: name. Returning to camp until July 3, the regiment was then ordered to Newport News and remained there until June 3, 1862, receiving during the winter over 370 recruits. The most noteworthy incident of this period was the attack on the fortifications by the Merrimac on March 8, 1862. On June 6, 1862, the 1st was assigned to the 3d brigade, 3d division, 3d corps, Army of the Potomac; was engaged at Peach Orchard and Glendale during the Seven Days' battles, losing in the latter battle 230 members killed, wounded and missing; was active at Malvern hill, where it was transferred to the 2nd brigade, 1st division, 3d corps, and ordered to Yorktown, thence to Manassas, where it participated in the battle of Aug. 30. It fought at Chantilly and then remained in the defenses of Washing-ton until Oct. 11, when it was attached to the 3d brigade, moved to Edwards' ferry, Middleburg and finally Falmouth, where it was stationed until the battle of Fredericksburg, in which it took part. Winter quarters were established at Falmouth until May 2 and 3, 1863, when the 1st was engaged at Chancellorsville, and on May 25, 1863, was mustered out at New York. During the two years' service, the regiment lost by death 113 members, 79 from wounds and 34 from other causes. 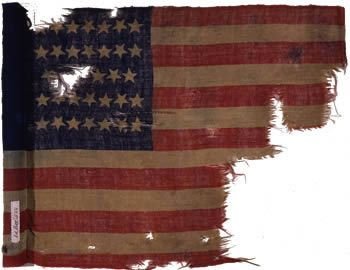 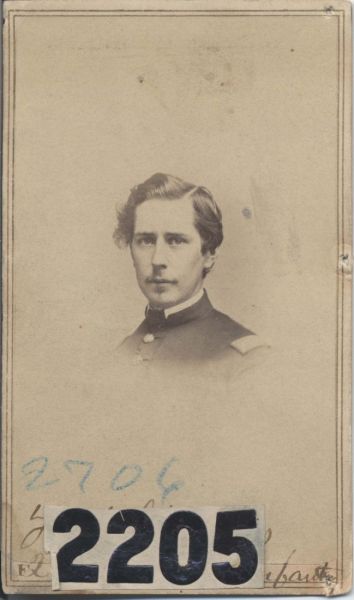 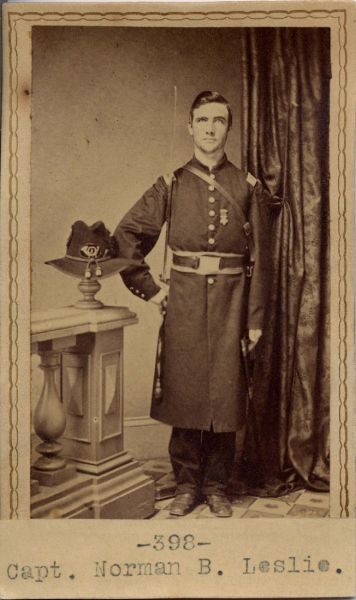 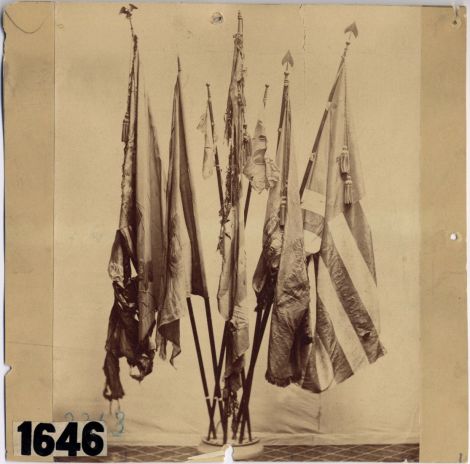 Colors of the 1st New York or New Hampshire Infantry 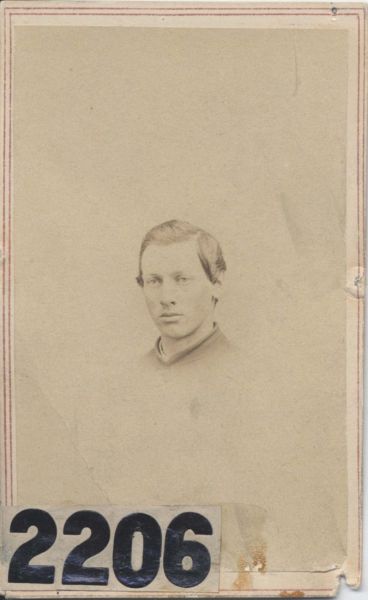 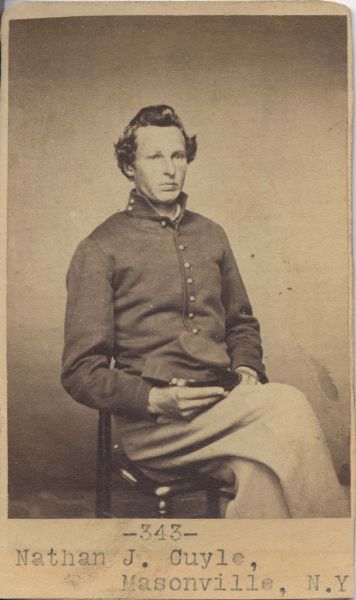 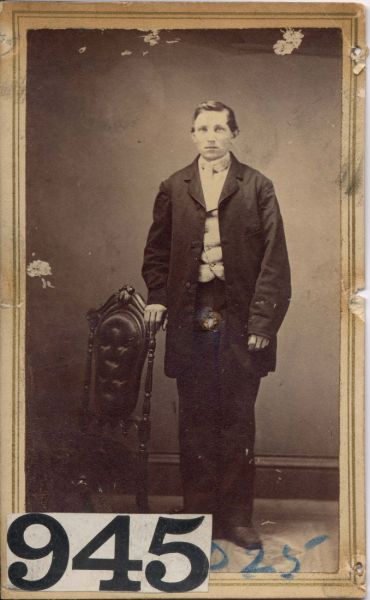 Miscellaneous items, 1822-1900.
Abstract: Three letters, Aug. 1863 and Sept, 1864, from E.H. Eggleston of the 2nd Ohio Infantry mostly discuss the activities of his regiment in West Virginia and Tennessee with references to Morgan's raid into Ohio and his actions in Kentucky. Two letters, 1861, from John Lorighner at Camp Orr, Penn. discuss camp life, the war and family news. One letter, April 1862, from R.R. Blair in Annapolis, Md. discusses being stationed in that city. One letter, Nov. 1864, from Leonard Mitchelson with the 124th Ill Inf., Co. F in Vicksburg, Miss. discusses activities at Vicksburg, family and friends, and the celebration of Lincoln's re-election. Discharge, Dec. 1863, of Samuel J. Clark of the 9th New York Infantry due to Illness. Copy of letter from John Andrews, Governor of Mass., to Gen. Joseph Totten recommending William E. Hall for appointment to West Point. Account of clothing, Nov. 1863-June 1865 for the 91st Penn. Infantry, Co. C signed by Lt. Joseph Everhart. Attendance record, June 1861, for the 1st New York Regiment, Co. D signed by 1st Lt. C.F. Ingersoll. Gibson County, Tennessee document verifying election of C. Nummo as County Clerk. 1822 promissory note of Elias Bancroft to Mr. Rector. Photocopy of letter, 1900, from Dr. Gustav A.H. Wendlandt requesting a certificate to practice medicine in Wisconsin on moving from Springfield, Ill to Princeton, Wis. Received medical degree from University of Berlin in Germany.
Located at the Abraham Lincoln Presidential Libary.

Robbins, Harvey. The Adventures and Escapes of Harvey Robbins and family from the Rebels, near Yorktown, Virginia. [Baltimore: Sherwood and Co., 1861] 22 pp.