This regiment, still in existence and located in Brooklyn, was organized July 5, 1847; there were changes in the organization a few years later, again in April, 1859, and in 1860. It was disbanded May 7, 1898, except one battalion of four companies which had volunteered to enter the United States service; authority was given to reorganize the regiment, May 15, 1898. November 28, 1898, such portion of the regiment as had been organized was disbanded, and authority was given to re-establish the regiment, the battalion which was in the United States service forming the nucleus of the new organization. Companies L and M were organized March 11, 1899; February 8, 1900, the regiment was constituted a regiment of heavy artillery and designated 13th Regiment of Heavy Artillery. It was in the service of the State during the Draft riots in July and August, 1863; the Orange riots, July 12, 1871; the Railroad riots, July, 1877; the Switchmen's strike at Buffalo, August, 1892; the Quarantine disturbances at Fire Island, September, 1892, and the Motormen's strike at Brooklyn, January, 1895. The battalion which volunteered to enter the United States service as part of the 22d Regiment, N. Y. Volunteer Infantry, in the war with Spain, was mustered into such service May 24, 1898, and was mustered out November 23, 1898.

The regiment (eight companies) left the State April 23, 1861, Col. Abel Smith in command, en route to Washington, D. C. It was mustered in the service of the United States for three months; served as infantry at Annapolis and Baltimore, Md., and was mustered out August 6, 1861, at Brooklyn.
In December, 1861, quite a portion of the regiment entered the volunteer service for three years as members of an organization which received the State designation 87th Volunteers.
May 26, 1862, the regiment was again ordered to Washington, D. C.; it left the State May 30, 1862, commanded by Col. Robert B. Clark; was mustered in the United States service for three months, May 28th; served at Suffolk, Va., as part of the 7th Corps, and was mustered out at Brooklyn, September 12, 1862.
June 18, 1863, the regiment, then commanded by Col. John B. Woodward, was ordered to Harrisburg, Pa., and it left the State June 20, 1863, to serve thirty days. It served as infantry in the 2d Brigade, 1st Division, Department Susquehanna, and was mustered out of the United States service July 21, 1863, at Brooklyn.
The regiment lost in its service in 1861, died of disease, 5 enlisted men; in that of 1862, died of disease, I, and of accident, i enlisted man; in that of 1863, died of disease 1 enlisted man, total 8; and it took part in the following engagements, etc.:
Near the Light-house at Smith's Point, Chesapeake Bay, Md., May 18, 1861, and near Fort Washington, Pa., July 2, 1863.

THIRTEENTH REGIMENT N. Y. S. MILITIA.
The Thirteenth regiment is in the Fifth brigade, Second division of the State militia organization, and whs organized in the city of Brooklyn. The following were the field officers.
Colonel—Abel Smith.
Lieutenant Colonel—Robert B.Clark.
Major——.
On the 20th of April, 1861, by Special Orders No. 59, from the commander-in-chief, General H. B. Duryea (commanding Second division N. Y. S. M.) was directed to detail two regiments for immediate service to report forthwith to the President, and to serve until relieved by other regiments, General Duryea to procure the requisite transportation by fastest steamer, and one month's supplies. The regiment went on the 23d of April by steamer Marion to Annapolis; strength at time of departure from State, 486.
On the 7th of May, 1861, General Duryea was directed by Special Orders No. 132, to cause to be mustered into the service of the State a number of men sufficient to raise, the strength of Col. Smith's (Thirteenth) regiment to 793 men; and after they should be properly armed and equipped, they were ordered to proceed by railroad or steamer to join their regiment, then serving at Annapolis, and there to be mustered into the service of the United States.
The Thirteenth served at Annapolis under command of General Butler until the 19th of June, quartered in the buildings of the United States Naval Academy. During that time, detachments from the regiment were employed in searching for the light-ships which had been removed by the rebels. Two were found, recaptured and brought to Annapolis. Expeditions were also sent to the eastern shore of Maryland,? which were successful in finding many stand of arms there concealed. The engineer corps of the Thirteenth was engaged in rebuilding the railroad from the station at Annapolis to the pier of the Naval Academy. This branch was opened May 17th, and the event was celebrated with great rejoicings. On the 19th of June the regiment was ordered to Baltimore, where the balance of its term of service was passed—the members voluntarily remaining ten days longer than the term of their enlistment, at the request of General Dix.
The following account of the scenes attending the embarkation and departure of the regiment from Brooklyn, is taken from an account written at the time:
The regiment embarked amidst the most intense enthusiasm of the citizens of Brooklyn, who congregated by thousands lining the streets from the City Hall to the Armory in Cranberry street, near Henry street, to see them off. It was announced that the regiment would take up the line of march at 8 o'clock A. M.
The old members of the regiment had all been provided with arms and equipments, but the new recruits, comprising by far the larger portion of the force, were devoid of nearly everything excepting shoes and other articles of clothing; the great requisite, muskets, knapsacks, and blankets, were missing. All was bustle and confusion. Carts were sent to New York for muskets, and about noon they arrived. The other equipments came along by degrees, and were furnished to the men, but there were not enough of equipments for the number of men enrolled. The total number equipped was about 480. Some 200 were left behind, who were subsequently supplied with equipments and sent on to join the regiment. At about 3 o'clock in the afternoon, after undergoing inspection, the drums beat, the band struck up a patriotic strain, and the Thirteenth marched to Fulton street and thence to the Fulton ferry. The crowd of spectators was immense. The head of the regiment reached the ferry at 4 o'clock, and shortly after embarked on the ferry boat Atlantic which had been specially provided for the purpose. The ferry boat conveyed the troops to the steamer Marion, lying in the North River.
As they left the dock, the band played several familiar airs, and Captain Smith's Company of light artillery, stationed on the wharf, fired a salute of 34 guns, while the vast crowds there assembled testified by loud and continued hurrahs their admiration of the Thirteenth. 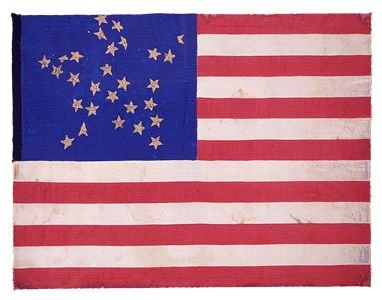 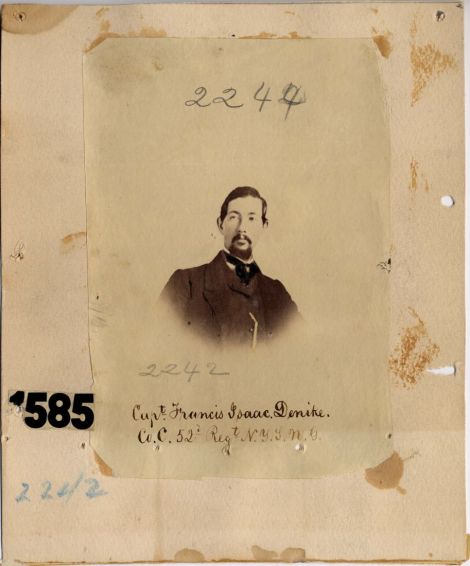 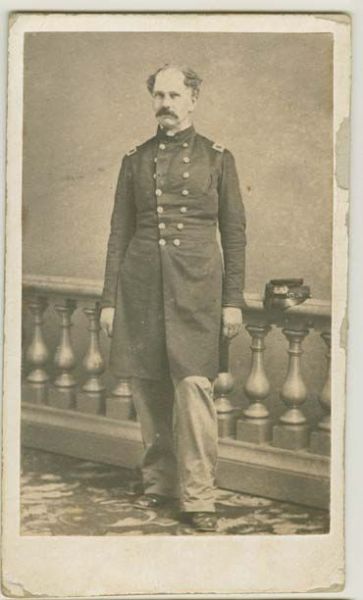 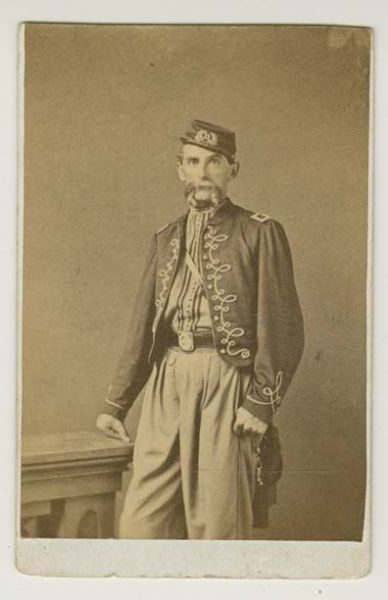 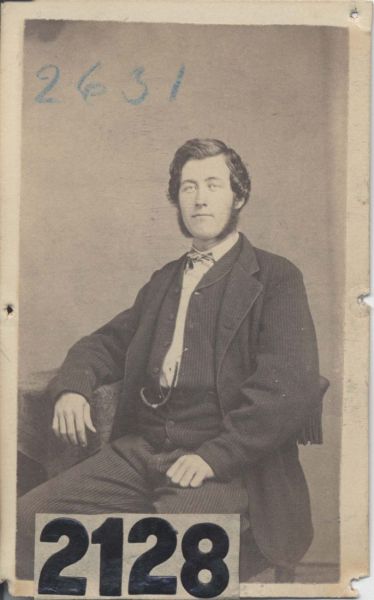 Bingham, Luther G. The little drummer boy, Clarence D. McKenzie, the child of the thirteenth regiment, N.Y.S.M., and the child of the mission sunday school. New York: Board of Publication of the Reformed Protestant Dutch Church, 1861.