April 21, 1861, the regiment, ten companies, commanded by Colonel Butterfield, left the State en route to Washington, D. C., where it was mustered in the United States service, for three months, May 2, 1861. It served at and near Washington from May, 1861, and in the Army, Department of Pennsylvania (General Patterson); and was mustered out at New York city, August 5, 1861.
After the regiment's return from this service a large number of its members entered the volunteer service, for three years, in an organization known as the I2th Militia, which was, in January, 1862, consolidated with the 12th Volunteers.
May 27, 1862, the regiment, nine companies then commanded by Col. William G. Ward, was again ordered to Washington, D. C., and left the State, June 6, 1862; it was mustered in the United States service for three months, served at Harper's Ferry, W. Va., in the 4th Brigade; volunteered to stay over its term of service, and was surrendered with Harper's Ferry; it was mustered out at New York city, October 8, 1862, and declared exchanged January 11, 1863.
June 18, 1863, the regiment, ten companies, was ordered to Harrisburg, Pa., and it left the State, under Colonel Ward on the 20th; it was mustered in the service of the United States, for thirty days, served in General Yates' command at Fenwick, Pa., and in the 1st Brigade, Dana's Division, Department Susquehanna, and July 20, 1863, was mustered out of that service at New York city.
The regiment lost, died of disease, in its service of 1861, two enlisted men,; and it, or portions of it, took part in the following engagements, etc.:
Occupation of Arlington Heights, Va., May 24, 1861; skirmish near Martinsburg, Va., July 12, 1861; skirmish near Bunker Hill, W. Va., July 15, 1861; skirmish on Maryland Heights, Md., September 12-13, 1862; siege and surrender of Harper's Ferry, W. Va., September 12-15, 1862 (30 officers and 530 enlisted men were surrendered). 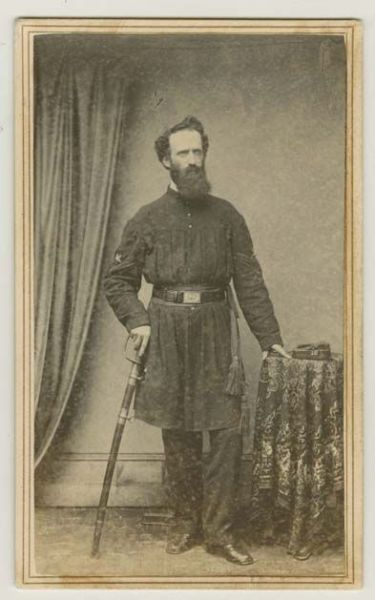 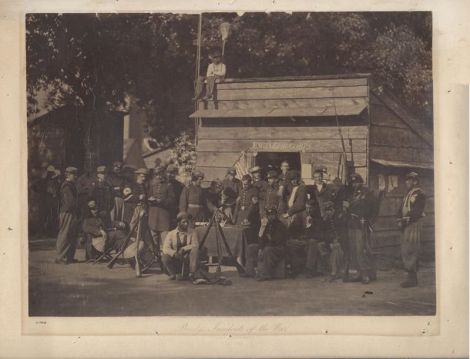 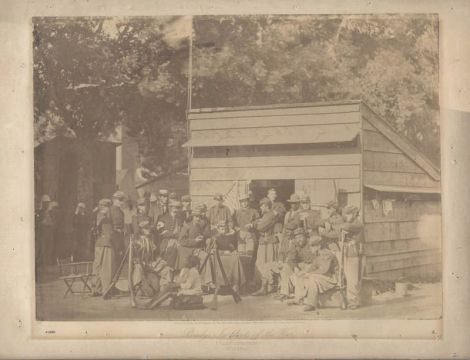 Barlow, Francis C. Francis C. Barlow letters, 1861-1865.
Description: 1 box.
Abstract: Letters sent by Francis C. Barlow to his mother Almira in Brookline, Mass. and brothers, 1861-64, while serving with the 12th New York State Militia and the 61st New York Volunteer Infantry. Barlow describes various campaigns including Antietam, Maryland, where he received a groin wound; Chancellorsville, Virginia; Gettysburg, Pennsylvania where he was left for dead on the battlefield; the siege of Petersburg, Virginia, and other campaigns; and warns his mother not to believe rumors of his death. Also includes letters received by Barlow from other army personnel regarding promotions and commands, 1865; and typewritten transcriptions of the letters.
Located at the Massachusetts Historical Society.

Dowley, Morris Francis. History and honorary roll of the Twelfth regiment infantry, N.G.S.N.Y., containing a full and accurate account of the various changes through which the organization has passed since the date of its formation (1847) to the present. Also biographical sketches of General Butterfield, Ward, and Barlow and Rev. Stephen H. Tyng, Jr., as well as the names and rank of several hundred members of the "Twelfth" who rose to distinction during the War for the suppression of the great rebellion, by M. Francis Dowley. New York: T. Farrell & Son, 1869.

Report of the proceedings in connection with the monument erected by Maj.-Gen. Daniel Bntterfield, at Fredericksburg, Va., in honor of the Fifth corps, Army of the Potomac, and presentation of a tablet by the 12th N.Y. regiment association to the Oneida historical society, Utica, New York. [n. p., 1900] 39 p. 3 plates (illus., 2 ports.).