This regiment, still in the service as a battalion, located at Albany, was organized in 1860. Company A was also known as the Albany Zouave Cadets, and B as the Washington Continentals. The regiment served the State in the so-called "Anti-Rent War" in the Helderberg Mountains, in summer of 1865, and at West Albany during the Labor and Railroad riots in July, 1877.

February 17, 1881, Companies A, B, D and K, of the loth Regiment, were detached therefrom and organized as the l0th Battalion, the l0th Regiment, with its remaining companies, being then disbanded; the designation of Company K was changed to C, October 1, 1884. Company B was organized as an independent company, the "Washington Continentals," July 4, 1854; joined militia as a company of light artillery, attached to the 76th Regiment, August 28, 1856; assigned to the 29th Regiment December 26, 1860; became the nucleus and Company B of the 10th Regiment December 29, 1860; mustered in service of United States as Company B, 177th Volunteers, November 21, 1862, for nine months; mustered out September 10, 1863; it became Company B, 10th Battalion, February 17, 1881; during the War of the Rebellion the company furnished sixty officers to N. Y. Volunteers. Company A was organized as an independent company about June 7, 1860, and known as the "Albany Zouave Cadets" it joined the National Guard, 10th Regiment, December 29, 1860; it became Company A, 10th Battalion, February 17, 1881; during the War of the Rebellion the company furnished for the armies of the United States about seventy-five commissioned officers. Company D was organized July 2, 1861, as Company D, 10th Regiment. Company C was organized April 5, 1877. April 28, 1898, the battalion was made part of the 1st Regiment, National Guard, composed of organizations of the 3d Brigade, its companies becoming Companies A, B, C and D, of this regiment, with which they entered the service of the United States as part of the 1st Regiment, N. Y. Volunteer Infantry, May 20, 1898, and were mustered out of such service February 20, 1899.

The 10th Regiment left the State December 16, 1862, having volunteered and been accepted as a regiment of volunteers for service of nine months, and was known in such service as the 177th Volunteers, which see for officers. 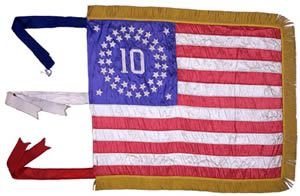 This pair of silk general guide flags in the US National pattern conform to the 1889 U.S. Army Regulations. Each flag's canton includes 44 embroidered… 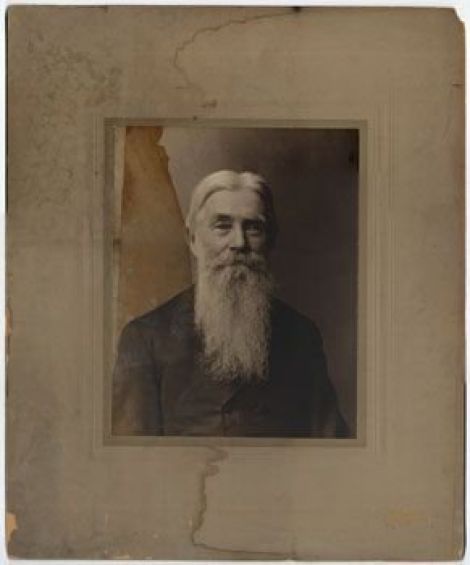 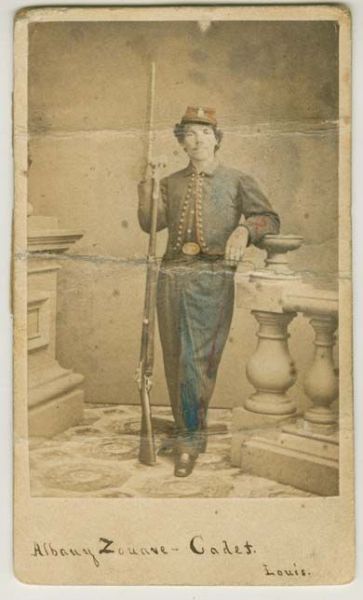 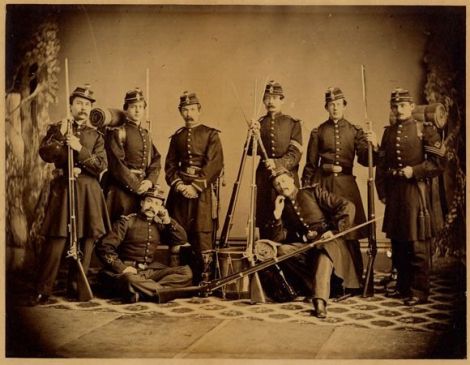 Studio Portrait of a Group of Soldiers from the New York National Guard, 10th Regiment, ca. 1864