The following is taken from New York in the War of the Rebellion, 3rd ed. Frederick Phisterer. Albany: J. B. Lyon Company, 1912.
October 3, 1862, Col. Theodore W. Parmele received authority to recruit this regiment for the Metropolitan Brigade; it was recruited under the auspices of the metropolitan police of New York city, principally in that city; organized at Riker Island, and there mustered in the service of the United States for three years; Company A, October 15; B and G, October 17; C, October 18; D, October 20; I, October 22; F, November 5; E and K, November 6; H, November 10; headquarters, November 13, 1862.
The regiment left the State December 7, 1862; it served in the 2d Brigade, Emory's Division, Department of the Gulf, from December, 1862; in the 3d Brigade, 1st Division 19th Corps, from March, 1863; in the 1st Brigade, 1st Division, 19th Corps, from August, 1863; at Baton Rouge, La., from September, 1863; and, under Col. Benjamin F. Gott it was consolidated with the l62d Infantry company with corresponding company, February 17, 1864.
During its service the regiment lost by death, killed in action, 1 officer, 19 enlisted men; of wounds received in action, 3 enlisted men; of disease and other causes, 1 officer, 59 enlisted men; total, 2 officers, 81 enlisted men; aggregate, 83.

The following is taken from The Union army: a history of military affairs in the loyal states, 1861-65 -- records of the regiments in the Union army -- cyclopedia of battles -- memoirs of commanders and soldiers. Madison, WI: Federal Pub. Co., 1908. volume II.
One Hundred and Seventy-fourth Infantry.—Cols., Theodore W. Parmelee, Benjamin F. Gott; Lieut.-Cols., Benjamin F. Gott, James M. Vanderburgh; Maj., Stephen D. Beekman. The 174th, or the 5th National Guard, was recruited in New York city under the auspices of the Metropolitan police; it was organized at Riker's island, and there mustered into the U. S. service for three years on Nov. 13, 1862. The regiment left the state on Dec. 7, sailing for Louisiana, where it was assigned to the 2nd brigade of Emory's division. During the preliminary operations against Port Hudson, in the 3d brigade, Augur's division, 19th corps, it skirmished on the Clinton plank road, was engaged at Plains store, and then took part in the, long siege of Port Hudson, during which it sustained a loss of 14. in killed, wounded and missing. After the fall of Port Hudson it was severely engaged at Cox's plantation, under command of Maj. George Keating, losing 18 killed, 29 wounded and 7 missing, the heaviest loss sustained by any regiment in the action. The remainder of the year was spent by the regiment in post and garrison duty at Baton Rouge, and on Feb. 8, 1864, it was consolidated with the 162nd N. Y. (q. v.) During its independent existence it lost by death, I officer and 22 men killed and mortally wounded; I officer and 59 men from disease and other causes—total deaths, 83. 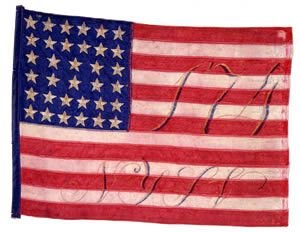 Dunham, Marshall. Marshall Dunham photograph album circa 1861-1865. Baton Rouge, La. : LOUISiana Digital Library, 1861-1865?
This photograph album was compiled by Sgt. Marshall Dunham of the 159th New York Infantry Regiment and consists of photographs taken in Louisiana during the Civil War. They are categorized according to cities, with the largest group being New Orleans. The album includes photos of buildings and street scenes.
Online at: www.louisianadigitallibrary.org/cdm4/index_LSU_MDP.php?CISOROOT=/LSU_MDP
200 digital images.
Located at Louisana State University.

Parmele, Theodore W.  Extra bounty! : Families of recruits provided for. By the liberal contribution of the Grocers' Committee, the Fifth Metropolitan Guard Col. T.W. Parmele, is enabled to offer an extra cash bounty of $10 for each recruit in addition to other bounties. The families of recruits are also provided for by the Metropolitan Police Fund, and have the gratuitous services of the physicians of the Police Department at their own homes. Headquarters, Howard St., near Broadway. New York, N.Y. : s.n., 1862.
1 sheet ([1] p.) ; 16 x 31 cm.
Located at The Library Company of Philadelphia.