The following is taken from New York in the War of the Rebellion, 3rd ed. Frederick Phisterer. Albany: J. B. Lyon Company, 1912.
Colonel Leonard Boyer received authority, August 23, 1862, to recruit this regiment in the then 20th Senatorial District of the State; it was organized at Mohawk, and there mustered in the service of the United States for three years October 14 and 15, 1862.
The companies were recruited principally: A at Herkimer, Little Falls and Mann-heim; B at Warren, Ohio, Richfield, Norway, Newport, Russia and Wilmurt; C at Mohawk and Morris; D at Stark, Springfield, Warren, Otsego and Richfield; E at Litchfield, Winfield, Danube, Schuyler, Columbia and Springfield; F at Little Falls, Fairfield, Mannheim, Warren, Newport and Danube; G at Otego, Butternuts, Oneonta, Otsego and Exeter; H at Hartwick, Laurens, New Lisbon, Pittsfield, Milford and Maryland; I at Roseboom, Otsego, Worcester, Laurens, Burlington, Springfield, Richfield, Hartwick, New Lisbon and Stark; and K at Frankfort, Warren, Roseboom, German Flatts, Little Falls, Worcester, Richfield, Columbia and Herkimer.
The regiment left the State October 25, 1862; it served in the Provisional Brigade, Afcercrombie's Division, defenses of Washington, from October, 1862; in the District of Washington, 22d Corps, from February, 1863; in the 1st, Terry's, Brigade, 1st, Cor-coran's, Division, 7th Corps, Department of Virginia, at Suffolk, from April 22, 1863; in Terry's Division, 4th Corps, from June, 1863; in 1st Brigade, 1st Division, 7th Corps, in July, 1863; in New York city, Department of the East, from July 16, 1863; in 1st Brigade, 2d Division, 2d Corps, from October 18, 1863; in 2d Brigade, 2d Division, 2d Corps, from March, 1864; in 4th Brigade, 1st Division, 2d Corps, from June 21, 1864; in 1st Brigade, 2d Division, 2d Corps, from July, 1864; and, commanded by Col. James E. Cur-tiss, it was honorably discharged and mustered out July 13, 1865, near Washington, D. C.
During its service the regiment lost by death, killed in action, 4 officers, 48 enlisted men; of wounds received in action, 22 enlisted men; of disease and other causes, 1 officer, 91 enlisted men; total, 5 officers, 161 enlisted men; aggregate, 166; of whom 28 enlisted men died in the hands of the enemy.

The following is taken from The Union army: a history of military affairs in the loyal states, 1861-65 -- records of the regiments in the Union army -- cyclopedia of battles -- memoirs of commanders and soldiers. Madison, WI: Federal Pub. Co., 1908. volume II.
One Hundred and Fifty-second Infantry.—Cols., Leonard Boyer, Alonzo Ferguson, George W. Thompson, James E. Curtis; Lieut.-Cols., Alonzo Ferguson, George W. Thompson, Timothy O'Brien, James E. Curtis, Edmund G. Gilbert; Majs., George R. Spaulding,. Timothy O'Brien, James E. Curtis, Edmund C. Gilbert, Charles H. Dygert. This regiment, recruited in the counties of Herkimer and Mohawk was organized at Mohawk and was there mustered into the U. S. service on Oct. 15, 1862. The regiment left on the 25th and was stationed in the defenses of Washington until the succeeding April, when it was ordered to Suffolk and assigned to Terry's-brigade, Corcoran's division, 7th corps. After sharing in the defense of Suffolk, it served under Gen. Keyes on the Peninsula and in July was ordered to New York city during the draft riots, remaining there until October, when it joined the Army of the Potomac and was assigned to the 1st brigade, 2nd (Webb's) division, 2nd corps. In this command it shared in the Mine Run campaign, being engaged at Robertson's tavern. In the Wilderness campaign it fought in Gibbon's division, 2nd corps and was active in all the series of battles ending with the surrender of Lee at Appomattox. Its heaviest losses occurred at the Wilderness, Spottsylvania, North Anna river, Cold Harbor, first assault on Petersburg, Weldon railroad, Strawberry Plains, Reams' station and Boydton plank road. Its losses during the whole campaign amounted to a total of 303 killed, wounded and missing. Its last battle was at Farmville two days before Lee's surrender. Under the command of Col. Curtis it was mustered out near Washington, D. C., June 13, 1865, and returned home with only 256 men, having lost during service 4 officers and 68 men, killed and died of wounds; I officer and 91 men died of disease and other causes; total deaths, 166. Private John Weeks was awarded a medal of honor for gallantry. 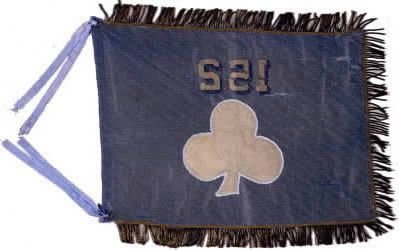 Colonel Leonard Boyer received authority in August 1862 to recruit a regiment from the 20th Senatorial District. Organized at Mohawk, the 152nd… 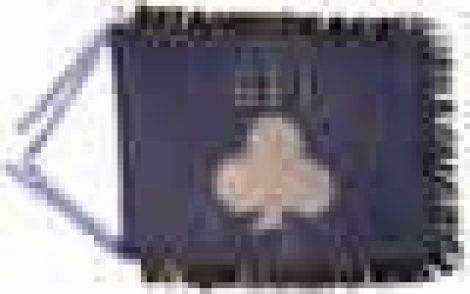 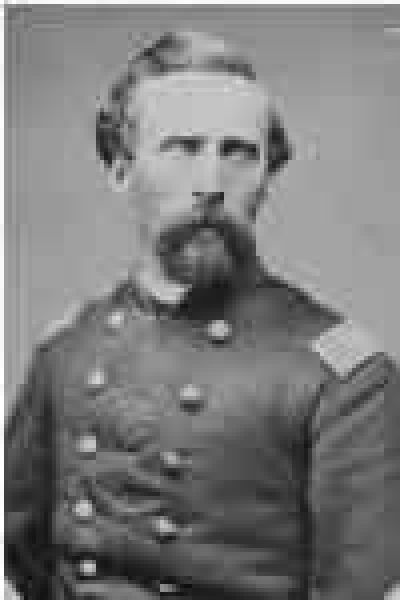 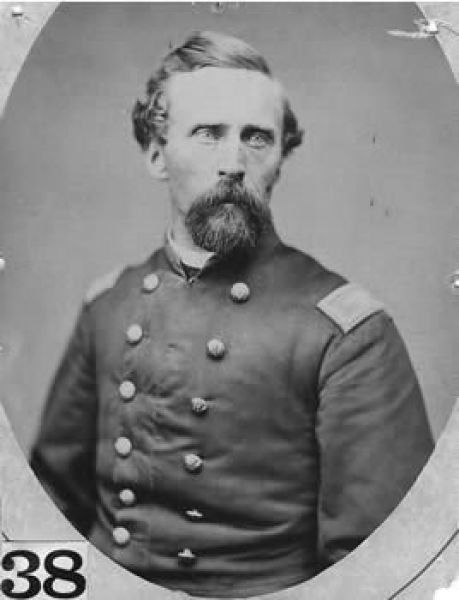 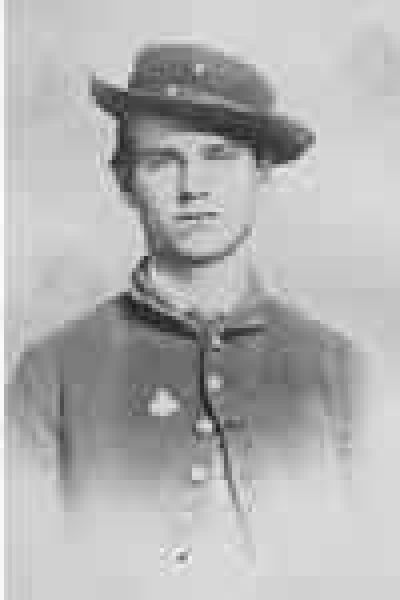 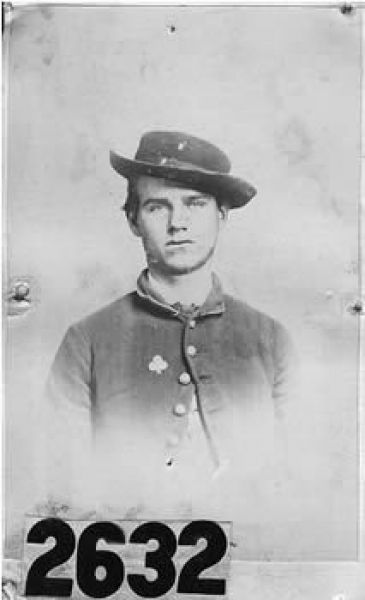 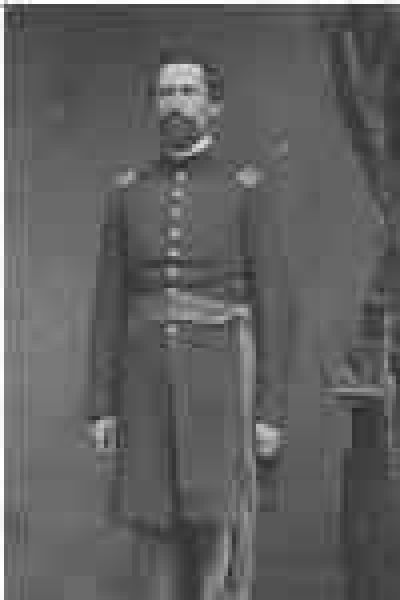 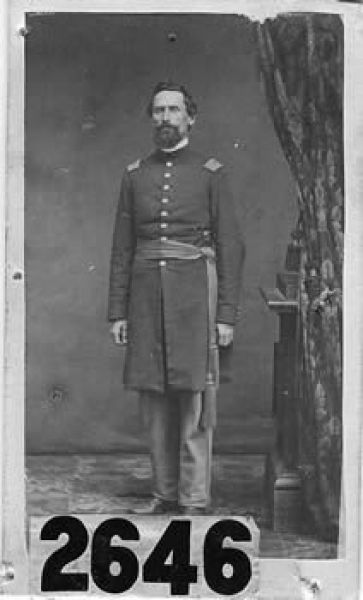 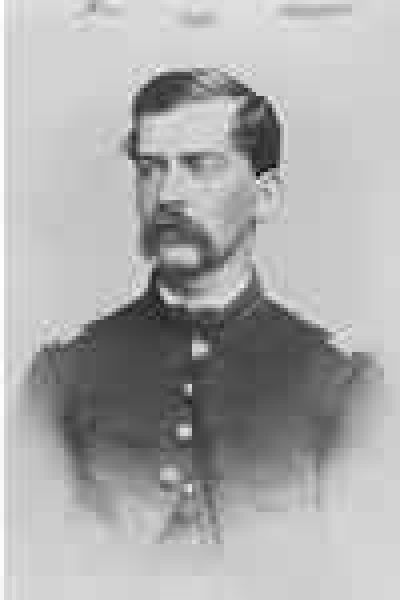 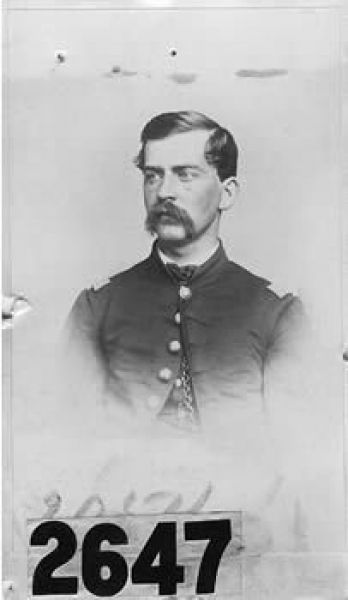 McCann, Matthew. Letter, May 1864.
3 leaves.
Letter, 5 and 14 May 1864, from Matthew McCann of Company F, 152nd New York Regiment, to his wife Eliza in Herkimer County, New York, informing her on 5 May that his regiment was moving, and on 14 May describing the battles of the Wilderness and Spotsylvania Court House, stating the number of wounded and killed from his company, and thanking God that he was uninjured. Also includes the letter’s envelope.
Accession 38747. Located at the Library of Virginia in Richmond, Virginia.
Thank you to Ed Worman for pointing out this resource.

Roback, Henry. The veteran volunteers of Herkimer and Otsego counties in the war of the rebellion being a history of the 152nd N. Y. V. With scenes, incidents, etc., which occured in the ranks, of the 34th N. Y.,97th N. Y., 121st N. Y.,2d N. Y. heavy artillery, and 1st and 2d N. Y. mounted rifles;also the active part performed by the boys in blue who were associated with the 152d N. Y. V. in Gen. Hancock's Second army corps during Grant's campaign, from the Wilderness to the surrender of Gen. Lee at Appomattox Court House, Va. Utica, N.Y.,: Press of L.C. Childs & son, 1888.

White, Lori. "Not a man, nor patriot, nor a christian that will shrink from duty" :
the Elijah Keith Civil War papers, 1862-1865. S.l. : s.n., 2007.
The Keith family of Milford, New York, exchanged over three hundred letters during the course of the Civil War. The Elijah Keith Civil War papers include the correspondence of two family members who served in the Union Army, and in most cases the letters of both the sender and recipients have survived. Utilizing the letters' contents, regimental histories, government reports, and secondary histories, my thesis considers the war's impact and meaning to the entire family and focuses in particular on Elijah Keith. A minister, father, and farmer, Elijah followed his son Charles into the army and enlisted in the 152nd Regiment of the New York State Volunteers (N.Y.S.V.). He left a myriad of responsibilities behind, but believed his enlistment fulfilled obligations every Christian owed their God and country. Keith pursued duty, as defined by northern Protestantism and the reigning political culture of the North, into war and believed the expansive threat of slavery made his sacrifice necessary. Poor health and other circumstances prevented him from ever participating in battle, but his experiences are unique and varied. From upstate New York he traveled to Virginia, performed guard duty in New York City at the close of the 1863 draft riots, and witnessed the war's human cost in two different military hospitals. Elijah speaks eloquently about all these topics and documents how the realities of military service challenged his beliefs. Elijah struggled with loneliness, illness, desertion, his family's patriotic indiscretions, and Charles' death in battle. His faith in God and country prepared him for disappointments, however, and provided a language to explain the hardships he faced. Despite the emotional and physical pain the war caused, Elijah believed it was fought for God's purposes -- to preserve the United States and its values from slavery. Experience shed away his idealism, but Elijah remained faithful to the religious and political values that defined his life and relationships. iv., 62 l. : ill. ; 29 cm.