The following is taken from The Union army: a history of military affairs in the loyal states, 1861-65 -- records of the regiments in the Union army -- cyclopedia of battles -- memoirs of commanders and soldiers. Madison, WI: Federal Pub. Co., 1908. volume II.
One Hundred and Forty-seventh infantry.—Cols., Andrew S. Warner, John G. Butler, Francis C. Miller; Lieut.-Cols., John G. Butler, Francis C. Miller, George Harney, James Coey; Majs., Francis C. Miller, George Harney, Dudley Farling, Alex. R. Penfield, James Coey. This was an Oswego county regiment, organized at Oswego and there mustered into the U. S. service on Sept. 23, 1862. It received by transfer on Jan. 25, 1865, the remnant of the 76th N. Y. The regiment left the state on Sept. 25, 1862, and after serving for a time in the defenses of Washington, north of the Potomac and in the provisional brigade, provost guard, Army of the Potomac, it was placed in the 1st division, 1st corps. It was under fire for the first time at Fitzhugh's crossing below Fredericksburg, one of the preliminary movements of the Chancellorsville campaign, losing a few men killed and wounded. It was in reserve at Chancellorsville and sustained no losses. In the 2nd (Cutler's) brigade, 1st (Wadsworth's) division 1st corps, and commanded by Lieut.-Col. Miller, it marched on the field of Gettysburg. "The brigade— Cutler's—was the first infantry to arrive on that field and to it fell the honor of opening that famous battle, the first volley coming from the rifles of the 56th Pa. When Cutler's troops were forced back, the order to retire failed to reach the 147th, as Col. Miller fell wounded and senseless just as he received it, and so the gallant band, under Maj. Harney, continued to hold its ground. A temporary success near by enabled the regiment to retire in good order; but not all, for of the 380 who entered that fight, 76 were killed or mortally wounded, 146 were wounded, and 79 were missing; total, 301." (Fox's, Regimental Losses in the Civil War.) The regiment took part in the Mine Run campaign—the last campaign of the 1st corps—sustaining a few casualties, and then went into winter quarters at Brandy Station. In March, 1864, when the 1st corps was broken up, it was assigned to the 3d brigade, 4th (Wadsworth's) division, 5th (Warren's) corps, and was actively engaged in all the battles of the corps during Grant's bloody campaign of 1864-65. While in the 5th corps it took part in the battle of the Wilderness, Spottsylvania, North Anna river, Totopotomy, Cold Harbor, first assault on Petersburg, siege of Petersburg, Weldon railroad, Poplar Spring Church, Boydton road, Hatcher's run, White Oak ridge, Five Forks and Appomattox. The total casualties of the regiment from the opening of the campaign in May, 1864, until Lee's surrender, amounted to 477 killed, wounded and missing. It was mustered out near Washington, D. C, June 7, 1865, under. Col. Miller. The total enrollment of the regiment during service was 2,102, of whom 581 were killed or wounded; 9 officers and 159 men were killed or mortally wounded; 2 officers and 177 men died of disease and other causes; total deaths, 11 officers and 336 men. 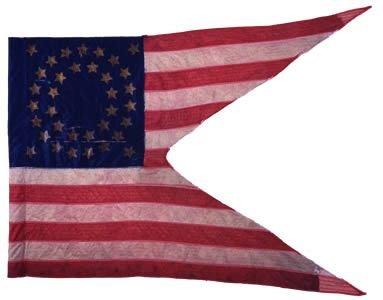 Preliminary Bibliography of Materials Related to the History of the 147th NY Volunteer Regiment.
Compiled by Thomas Ebert, updated January, 2011.

Case, Nathan B.  Civil War letters,1862-1863.
Transcriptions of letters written by Nathan Case, who served with the 147th New York Infantry during the Civil War, sent to his sister and brother Henry. The letters incorporate common Civil War themes and show the life of an infantry private. Topics include seeing Abraham Lincoln during a review, health problems, number of soldiers in the hospital, need for stamps and paper, lack of supplies, high cost of items like boots, mud, home front patriotism, and Republican politics. Also discussed is furlogh, deserters, lack of pay, news from home, and Case's experience crossing the Rappahannock. An interesting discussion of soldiers' morality and drinking habits is found in Case's letter to his sister.
0.1 linear ft. (1 folder).
Located at the Wisconsin Veterans Museum Research Center.

Case, Samuel F. Correspondence,1861-1865.
Personal and financial correspondence of Case and his wife. Most of the letters came to Case as president and cashier of the Citizen's National Bank of Fulton; however, they reflect many of the events of the Civil War and contain information on the 110th, 147th, and 184th New York regiments.
29 items.
Located at Duke University.

Cooke, Sidney Granger. The first day of Gettysburg, a paper prepared and read before the Kansas commandery of the Military order of the loyal legion of the United States (read November 4, 1897).

Huguenin, George. Diary. Syracuse, N.Y.: Jan. 7th 1889.
The author writes out more fully of his diary kept during the War of 1861-65.
Available online at: http://hugueninfamily.wordpress.com/

Hoffman, John W. "General Hofmann on the Action of the 147th New York at the Opening of the Battle." National Tribune, June 5, 1884.

Johnson, Crisfield. ... History of Oswego County, New York. : With illustrations and biographical sketches of some of its prominent men and pioneers. Philadelphia: L.H. Everts & co, 1877, 1991.

Lee, Edward. Prison, camp and pulpit, the life of a city missionary in the slums. Oswego: R.J. Oliphant, printer, 1889.

Lyman, Henry H. "BATTLE OF GETTYSBURG: Opened by Cutler’s Brigade, and Not by Any Single Regiment." National Tribune, August 25, 1887.

Schenck Family, (Martin and Edward Schenck). 147th New York Infantry, Co. D. Papers (1856-1873).
4 boxes.These papers include letters of Martin B. Schenck and Edward C. Schenck, both of whom served in the147th New York Infantry during the Civil War. Martin's letters discuss his position as a commissary clerk in an army hospital. Meanwhile, Edward wrote about having spent most of his time on garrison duty in Washington, D. C. These letters also contain information about fellow soldiers from Fulton, New York and vicinity.
Located at the New York State Library Manuscripts and Special Collections.

Smith, A. P. (Abram P.) History of the Seventy-sixth regiment New York volunteers : what it endured and accomplished; containing descriptions of its twenty-five battles; its marches; its camp and bivouac scenes; with biographical sketches of fifty-three officers and a complete record of the enlisted men. Cortland, N.Y: Truair, Smith and Miles, printers, Syracuse, 1867.
In December,1864,the 76th Regiment was mustered out, its veterans and recruits being transferred to the 147th New York infantry.
Available online at: http://www.archive.org/details/historyofseventy00smit

Warner, Andrew. Correspondence (1861-1864).
14 items.
A group of letters related to Warner's involvement with the Union Defense Committee of New York, an organization that assisted soldiers being transported from New York to the front lines of battle.
Located at the New York State Library Manuscripts and Special Collections.

Whiting, Harriet A. Harriet Whiting letters,1854-1902.
The collection contains correspondence from various family members in the states of New York and Wisconsin from 1854 to 1902. The letters from her husband and nephew, both of whom served in the Civil War for Oswego County infantry regiments, represent the attitudes and tragedies caused by the conflict. The collection also includes letters describing farm life in Wisconsin during the middle and late 19th century.
1 box ; 27 x 40 x 13 cm.
Located at the State University of New York at Oswego.

Wiltse family. John M. Wiltse letters,1865.
The collection contains copies and transcripts of letters written to John M. Wiltse from January to March of 1865. The majority of the letters were produced by family members and friends from Palermo, New York. The content of the letters focus mainly upon family health matters and local events in Oswego County.
1 folder 34 pages.
Located at the State University of New York at Oswego.