July 19, 1862, Gen. Jesse Segoine, as Colonel, received authority to recruit this regiment in the counties of Cayuga and Wayne; it was organized at Auburn and there mustered in the service of the United States for three years August 20, 1862. The men not to be mustered out with the regiment were transferred, June 4, 1865, to the 4th Artillery.

The companies were recruited principally: A at Marion, Palmyra, Ontario and Walworth; B at Clyde and Savannah; C at Auburn, Palmyra, Rose Valley, Victory, Montezuma, Summer Hill and Sterling; D at Lyons, Sodus, Galen and Williamson; E at Arcadia, Sodus, Williamson, Marion and Palmyra; F at Port Byron, Auburn and Weedsport; G at Auburn and Genoa; H at Auburn, Cato, Ira, Conquest and Sterling; I at Moravia, Venice, Locke, Ledyard, Niles, Sempronius and Scipio; and K at Union Springs, Springport, Genoa, Aurora, Moravia, Scipio and Ledyard.

One Hundred and Eleventh Infantry.—Cols., Jesse Segoine, C. Dugald McDougall, Lewis W. Husk; Lieut-Cols., Clinton D. Mc-Dougall, Seneca B. Smith, Isaac M. Lusk, Aaron P. Seeley, Lewis W. Husk, Sidney Mead; Majs., Seneca B. Smith, Isaac M. Lusk, James H. Hinman, Lewis W. Husk, Joseph W. Corning, Sidney Mead, Reuben J. Meyers. No regiment sent out by the state saw harder service than the gallant 111th. It was organized at Auburn from companies recruited in the counties of Cayuga and Wayne,— the Twenty-fifth senatorial district-and was mustered into the U. S. service, Aug. 20, 1862. It left the city the following day for Harper's Ferry, where it had the misfortune to be surrendered with that ill-fated garrison the following month. The men were paroled at Camp Douglas, Chicago, and in Dec., 1862, were declared exchanged and went into winter quarters at Centerville, Va. Later the regiment was assigned to the 3d (Alex. Hays') brigade, Casey's division, 22nd corps, where it remained until June, 1863. Col. Fox, in his account of the three hundred fighting regiments, speaking of the 111th, says: "On June 25, 1863, the brigade joined the 2nd corps which was then marching by on its way to Gettysburg. The regiment left two companies on guard at Accotink bridge; with the remaining eight companies, numbering 390 men, it was engaged at Gettysburg on the second day of the battle, in the brilliant and successful charge of Willard's brigade, losing 58 killed, 177 wounded, and 14 missing; total, 249. The regiment did some more good fighting at the Wilderness, where. it lost 42 killed, 119 wounded, and 17 missing; total, 178—over half of its effective strength. Its casualties in the fighting around Spottsylvania amounted to 22 killed, 37 wounded, and 13 missing. From Gettysburg until the end, the regiment fought under Hancock in the 2nd corps, participating in every battle of that command. While on the Gettysburg campaign, and subsequently at Bristoe Station, Mine Run and Morton's ford, the regiment was attached to the 3d brigade, 3d division (Alex. Hayes'). Just before the Wilderness campaign it was placed in Frank's (3d) brigade, Barlow's (1st) division. This brigade was composed entirely of New York troops, the 39th, 111th, 125th, and 126th, to which were added in April, 1864, the 52nd and 57th, and later on, the 7th N. Y.; all crack fighting regiments." The regiment lost 81 killed and wounded during the final Appomattox campaign. It was mustered out near Alexandria, Va., June 3, 1865. The regiment bore an honorable part in 22 great battles. Its total enrollment during service was 1,780, of whom 10 officers and 210 men were killed and mortally wounded; its total of 220 killed and died of wounds is only exceeded by four other N. Y. regiments—the 69th, 40th, 48th and 121st—and is only exceeded by 24 other regiments in the Union armies. It lost 2 officers and 177 men by disease and other causes—total deaths, 404— of whom 2 officers and 74 men died in Confederate prisons. 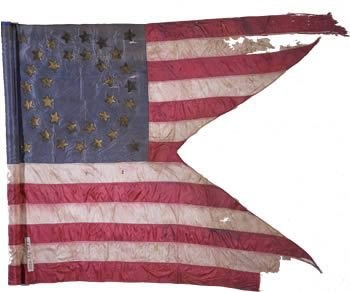 Drummond, Robert Loudon. Recollections.
Recollections of an Auburn, N.Y., lawyer of his service during the Civil War with the 111th New York Infantry Regiment, contained in an address, 1914, given at Salisbury, N.C., where he had been imprisoned; and other speeches and a letter about his war service and imprisonment.7 items.
Located at the University of North Carolina, Chapel Hill.

Hutchins, Daniel B. Daniel B. Hutchins journals, 1864 - 1866.
2 volumes.
Abstract: Daniel B. Hutchins was raised in Wayne County, N.Y., and worked as a school teacher prior to the outbreak of the Civil War. In 1864, Hutchins was enrolled as a sergeant in the 111th New York Infantry, serving in eastern Virginia. In two pocket diaries, covering the years 1864 and 1866, Hutchins recorded his singularly awful experiences as he was transported through a succession of Confederate prison camps, including Libby, Andersonville, Charleston, S.C., and Florence.
Located at the William L. Clements Library, University of Michigan.
Thank you to Jason Longo for pointing out this resource.

Laekner, Simeon. Correspondence, 1863-1864.
Letters addressed to Simeon Laekner of Puttneyville, Wayne County, New York from friends or relatives serving in the Union Army during the Civil War. They were written in Dutch, which presents a problem in verifying information and names with the official records. One of the items was written by Lieut. Andrew Camp, 111th Infantry, Company D, informing that David Laekner, a son, was wounded and in a Washington D.C. hospital. Letters seem to discuss how the unnamed company went from Albany to Washington, and then to camp near Culpeper, Virginia. 3 items.
Located at the New York State Library Manuscripts and Special Collections.

New York Assembly. Proceedings of the Assembly of the State of New York, in relation to the death of James Haggerty, held at Capitol, January 20, 1888. Troy: Troy press co., 1888.

Sentell family. Diaries and letters, 1856-1897.
Diaries (December, 1862-October, 1864) of Edward H. Sentell and letters (1856-1897) of various family members. Diaries include detailed entries by Edward Sentell while serving as Lieutenant in the 160th N.Y.S.V. He describes his voyage to Fort Jefferson, Florida and New Orleans, activities on the Red River in Louisiana, his voyage on the steamer Leary to Virginia in July, 1864, and his stay in Maryland and Virginia until October, 1864 when the entries stop. One box of letters are mostly Civil War letters of William H. Sentell while a sergeant in the 44th N.Y.S.V. in Virginia and as major in the 160th in Louisiana; and Charles Sentell, a soldier in the 111th N.Y.S.V. in Virginia. The postwar letters concern such matters as farming, relatives in Wisconsin, private affairs, etc. 4 v. 97 items.
Located at the New York Historical Society, New York, NY.

Thompson, Samuel. Miscellaneous Civil War letters and records from Oswego, Cayuga, and Oneida counties, New York. 1861-1865.
The collection consists of miscellaneous letters, diaries, and records written by residents of Oswego, Cayuga, and Oneida counties, who partook in the Union effort to put down the rebellion in the South. Descriptions of military life and Civil War battles are included in the collection.
1 folder (16 items).
Located at State University of New York at Oswego.