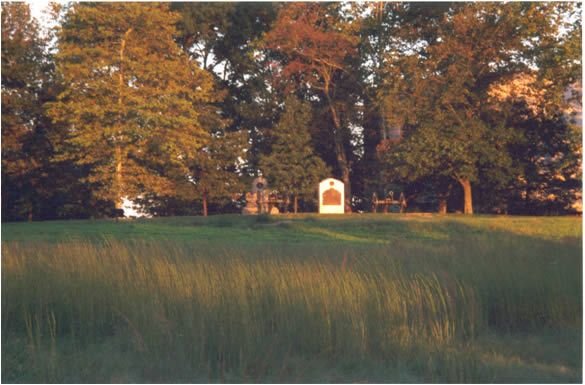 In the golden light of a late summer afternoon, their monument can be discerned from the field across the street. It stands back from the road, within a grove of trees, behind green and weathered artillery pieces that fell silent over 130 years ago. Quite often their monument is missed or simply ignored since it stands so close to the monument for the last civil war soldier who died in 1957. Sometimes, people park in front of it in order to walk back and see the line of monuments near the Bryan barn and never realize that it too, was part of the same line. Similar to hundreds of other regiments, they fought and died for the Union courageously but left no spectacular record of glory. They were involved in the three bloodiest years of the war and were there when the end arrived at Appomattox. At war's end, some remained in the service but most returned to civilian existence and in later years, with reunions and memorabilia, they rejoiced  in their contribution to the Union. However, as the values of the closing century faded and the new era began, their memory faded like the light on a summer evening. Their monument is hardly original, a huge stone trefoil, to celebrate their membership in the famous Second Corps of the Army of the Potomac. Their designation was the 108th New York Volunteers and they are Rochester's Forgotten Regiment.