The following is taken from New York in the War of the Rebellion, 3rd ed. Frederick Phisterer. Albany: J. B. Lyon Company, 1912.
July 18, 1862, Gen. Robert B. Van Valkenburgh was authorized, as Colonel, to recruit this regiment in the counties of Chemung, Schuyler and Steuben; it was organized at Elmira, and there mustered in the service of the United States for three years August 13, 1862. On December 9, 1863, Companies B, C, I and K of the 145th Infantry were transferred to the regiment. The men not entitled to be mustered out with the regiment were, June 5, 1865, transferred to the 60th Infantry.
The companies were recruited principally: A, B, C, D and E at Elmira; F at Addison, Cameron and Campbell; G at Elmira, Bath and Hammondsport; H at Havana and Elmira; I at Corning, Wayland and West Union; and K at Hornellsville, Howard, Elmira and Canisteo.
The regiment left the State August 13, 1862; served in Whipple's Division, Defenses of Washington, D. C., from August, 1862; in 3d Brigade, 1st Division, 12th Corps, Army of the Potomac, from September 12, 1862; in 2d Brigade, same division and corps, from August, 1863; in same brigade and division, 20th Corps, Army of the Cumberland, from April, 1864; and it was honorably discharged and mustered out, under Col. Nirom M. Crane, June 5, 1865, near Washington, D. C.
During its service the regiment lost by death, killed in action, 2 officers, 50 enlisted men; of wounds received in action, 2 officers, 36 enlisted men; of disease and other causes, 131 enlisted men; total, 4 officers, 217 enlisted men; aggregate, 221; of whom 3 enlisted men died in the hands of the enemy.

The following is taken from The Union army: a history of military affairs in the loyal states, 1861-65 -- records of the regiments in the Union army -- cyclopedia of battles -- memoirs of commanders and soldiers. Madison, WI: Federal Pub. Co., 1908. volume II.
One Hundred and Seventh Infantry.—Cols., Robert B. Van Val-kenburgh, Alexander S. Diven, Nirom M. Crane; Lieut.-Cols., Alexander S. Diven, Gabriel L. Smith, Newton T. Colby, William F. Fox, Lathrop Baldwin, Allen S. Sill; Majs., Gabriel L. Smith, Newton T. Colby, William F. Fox, Lathrop Baldwin, Allen S. Sill, Charles J. Fox. This regiment, known as the Campbell Guards, was recruited in the counties of Chemung, Schuyler and Steuben, rendezvoused at Elmira, and was there mustered into the U. S. service for three years, Aug. 13, 1862. It was a fine regiment, noted for its efficiency and discipline, the first regiment from the North organized under the second call, and the first to arrive at Washington, in acknowledgment of which it received a banner from the state and a personal visit from the president. It was raised by two patriotic Members' of the legislature, Robert: B. Van Valkenburg, and Alexander S. Diven, who became colonel and lieutenant-colonel, respectively. It left the state on Aug. 13, 1862; was stationed in the defenses of Washington for a month; was then assigned to the 1st division (Williams), 12th corps (Mansfield), and fought its first battle at Antietam, where it was heavily engaged, losing 63 in killed, wounded and missing. The veteran Gen. Mansfield fell, mortally wounded at Antietam, and Gen. Henry W. Slocum succeeded to the command of the corps. The regiment was again heavily engaged at the disastrous battle of Chancellorsville, where the brunt of the fighting fell on the 3d and 12th corps, and lost in this action 83 killed, wounded and missing, among the killed being Capt. Nathaniel E. Rutter. The regiment was only slightly en-gaged at Gettysburg, and after the battle joined with its corps in pursuit of Lee into Virginia, engaging without loss at Jones' cross-roads and near Williamsport, Md. In September it was ordered with the corps to Tennessee to reinforce Rosecrans, and was stationed along the railroad from Murfreesboro to Bridgeport. In April, 1864, the 12th corps was changed to the 20th, but Williams' division retained its red star. On Dec. 9, 1863, four cos. of the 145th were transferred to the 107th, and in May the regiment moved on the Atlanta campaign. It fought at Resaca, Cassville, and Dallas, and lost 26 killed and 141 wounded at New Hope Church. From June 9 to July 2 it was engaged about Kennesaw mountain; fought at Peachtree creek and took part in the siege of Atlanta; moved in November on Sherman's march to the sea; then took part in the final campaign of the. Carolinas, being engaged at Rock-ingham, Fayetteville, Averasborp (where it lost 46 killed, wounded and missing), Bentonville, .Raleigh and Bennett's house. It was mustered out near Washington, D. C., under Col. Crane, June 5, 1865, having lost during its term of service 4 officers and 87 enlisted men, killed and died of wounds; 131 enlisted men died of disease, accidents, in prison, etc., total deaths, 222. 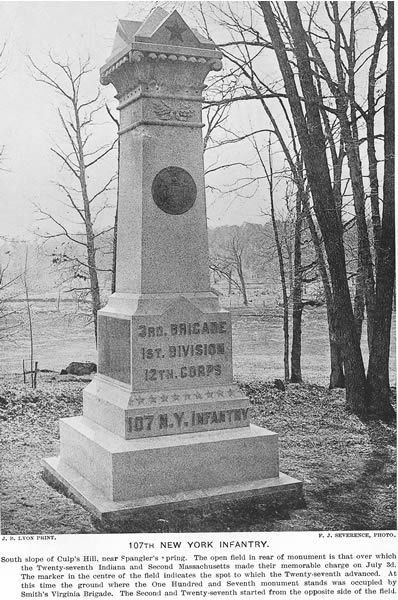 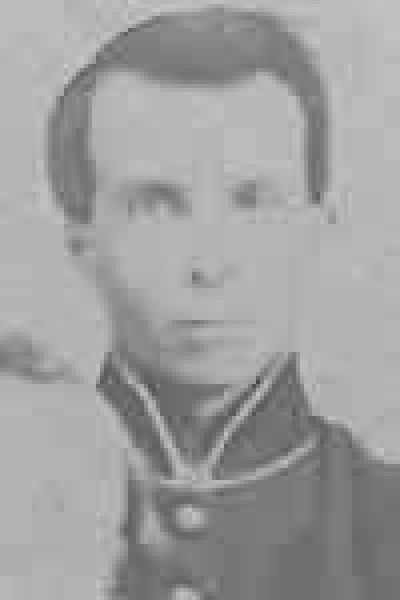 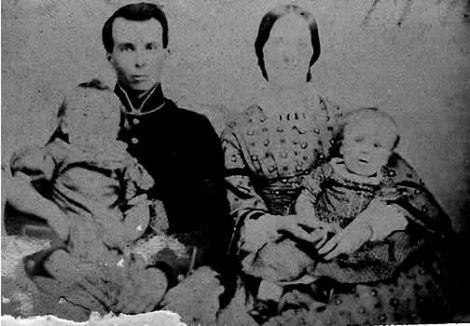 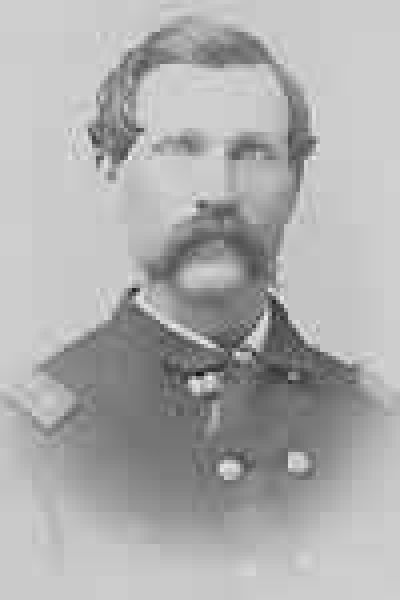 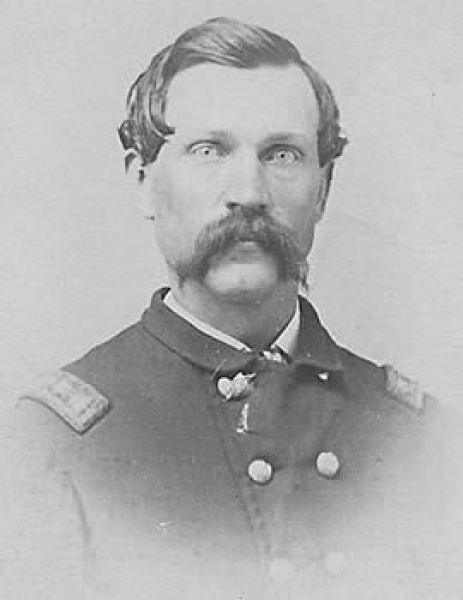 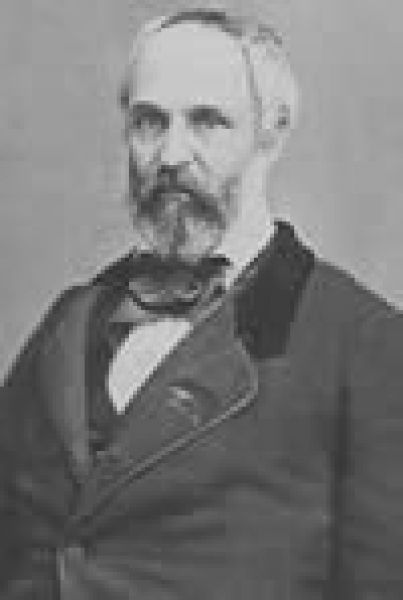 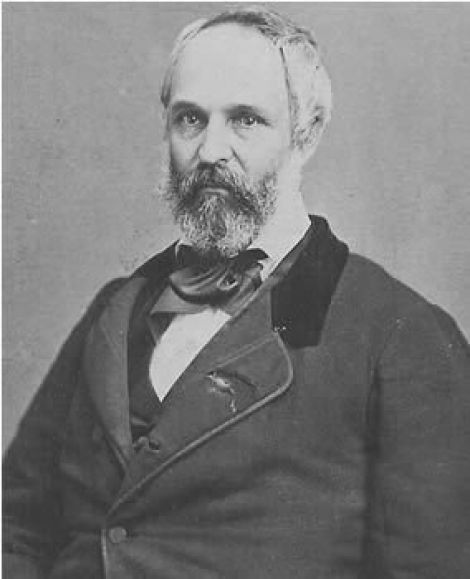 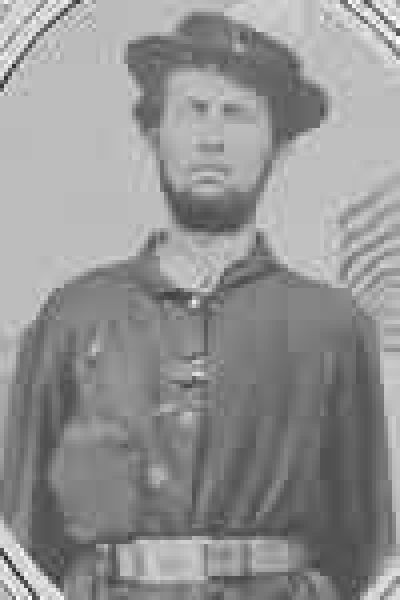 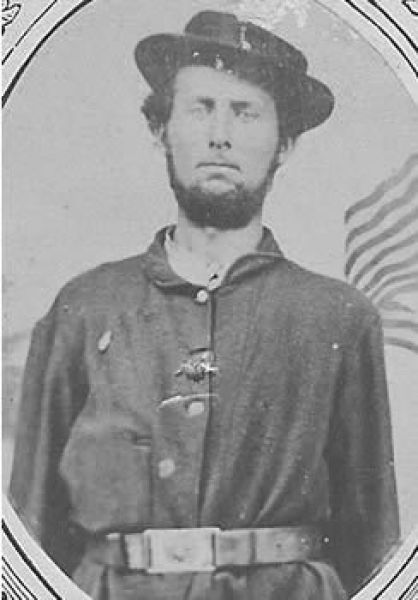 Brockway, Andrew. Letters, 1862-1864.
A group of letters written by Andrew Brockway to his siblings in which he discussed his soldiering activities and experiences. Like many Civil War letters he described camp life and the routine of drill and training exercises. Also, the fear of what the future beheld was well conveyed as death often appeared imminent from disease or battle. In addition, there are some interesting comments about Copperheads, who he believed were responsible for the low morale and desertions among Union soldiers. This record group also includes a letter from John N. Bonney of the same regiment regarding the death of Andrew Brockway in battle.
Located at the New York State Library Manuscripts and Special Collections.

Crane, William. [Report.]
After-action report written by Wm Crane, Col, 107th NY Volunteers that detailed their operations during the campaign April thru August 1864.  His report is dated September 8, 1864 and is from Headquarters 107th NY Volunteers, Atlanta, GA.
Located at the National Archives in the casualty lists of the unit, tucked in amongst the lists.
Resource submitted by Steve Kuhler.

Graham, William. William Graham Letters, 1862 - 1864.
16 letters, most with envelopes. A group of sixteen letters written by William Graham (b. c1836) as a member of Co. B, 107th New York Infantry. Graham was born in Ireland, and worked as a farm laborer in Schuyler County, New York prior to the war. Most of his period of service (August 1862 to June 1865) was spent as a corporal. Twelve of the letters are addressed to Graham's unmarried sister Elizabeth (b. c1841), a domestic in Schuyler County. The 107th New York served in the Army of the Potomac (12th Corps) to October 1863, and thereafter in the Army of the Cumberland (12th and 20th Corps). Five of the letters were written from the Eastern theater, September 1862 to March 1863; most of the content is personal, or news of camp life. The remainder were written from Tennessee and Georgia, October 1863 to October 1864; during this period the regiment performed guard duty on the Nashville & Chattanooga Railroad, served in the Atlanta campaign, and occupied the city of Atlanta. Two Atlanta campaign letters (21 May and 18 July 1864) include substantial military content. And in a long letter of 7 September 1864 Graham writes of his support for Lincoln and the government, and of his contempt for "a stinkin aristocersy of Slave holders." MSN/CW 5064-1 to MSN/CW 5064-16.
Located at The University of Notre Dame.
Thank you to Chris Tweed for pointing out this resource.

Young, John M. The John M. Young collection, 1862-1863.
Collection consists of 41 letters written on 44 sheets of paper, along with 14 envelopes, and 3 other documents. The letters range in date from May 1, 1862 to July 28, 1863. The unassociated envelopes and miscellaneous documents are undated. 58 items.
Located at the State University of New York at Binghamton.