Colonel Robert J. Betge received authority from the War Department, July 22, 1861, to recruit a regiment of infantry. The regiment was organized in New York City and there mustered in the service of the United States for three years, between August 1 and 20, 1861. The men were mostly recruited in New York City, a few in New Jersey, Maryland and Pennsylvania. It was recognized by the State and numerically designated August 19, 1861. The three years' men of the 8th and 29th Infantry, two independent companies, were, in April, 1864, transferred to the regiment, which, at the expiration of its term of service, was retained in the service, the men entitled thereto having been discharged.
The regiment left the State August 24, 1861; served in Blenker's Brigade, Division of Potomac, from August, 1861; in Steinwehr's Brigade, Blenker's Division, Army of the Potomac, from October, 1861; in the Mountain Department, same brigade and division, from April, 1862; in 2d Brigade, 2d Division, 1st Corps, Army of Virginia, from June 26, 1862; in 1st Brigade, 3d Division, 11th Corps, Army of the Potomac, from September 12, 1862; in the 1st Brigade, 1st Division, 11th Corps, Army of the Potomac, from April, 1863; in the 3d Brigade, 3d Division, 11th Corps, Army of the Potomac, from July, 1863; in 2d Brigade, 3d Division, 11th Corps, from March, 1864; in the 4th Division, 20th Corps, from April, 1864; in the District of Nashville, Department of Cumberland, 3d Brigade, defenses N. & C. R. R., from May, 1864; in the District of Allatoona, Ga., from July, 1865; in the District of Savannah, Ga., from November, 1865; and it was honorably discharged and mustered out, commanded by Col. Felix Prince Salm, November 30, 1865, at Fort Pulaski, Ga.
During its service the regiment lost by death, killed in action, 3 officers, 23 enlisted men; of wounds received in action, 2 officers, 19 enlisted men; of disease and other causes, 2 officers, 73 enlisted men; total, 7 officers, 115 enlisted men; aggregate, 122; of whom 8 enlisted men died in the hands of the enemy.

Sixty-eighth Infantry.—Cols., Robert J. Betge, Gotthils De B. D. Inemais, Felix Prince Salm; Lieut.-Cols., John H. Kleesisch, Carl Vogel, Albert Von Steinhausen; Majs., Albert Von Steinhausen, Carl Von Vedell, Robert Rother, Adolph Haack, Arnold Kummer. The 68th, the 2nd German Rifles, was composed of members from New York city, New Jersey, Maryland and Pennsylvania, and was mustered into the U. S. service at New York Aug. I and 20, 1861, for a three years' term. It left for Washington on Aug. 24, was first attached to Blenker's brigade, but in October formed a part of Steinwehr's brigade, Blenker's division, and served in the vicinity of Washington until the spring of 1862, when it was ordered to the Mountain Department and became a part of Fremont's forces. At Warrenton Junction the regiment lost 2 missing, its first loss, and it was active at Cross Keys. On June 26, 1862, it was assigned to the 2nd brigade, 2nd division, 1st corps, and served in the Virginia campaign under Gen. Pope with a total loss of 92. On Sept. 12 it was attached to the 1st brigade 3d division, nth corps, which was posted near Centerville during the Maryland campaign, and there remained until December, when it was ordered to Fredericks-burg, but did not participate in the battle. Winter quarters were established near Stafford, Va., and in April, 1863, the regiment was transferred to the 1st brigade, 1st division, with which it fought at Chancellorsville, losing 54 in killed, wounded and missing. At Gettysburg the total loss was 138 and the regiment won high praise for its gallant work in the defense of Cemetery hill. In July the 68th was assigned to the 3d brigade, 3d division, with which it was ordered west. It was present at the battle of Wau-hatchie, Tenn., and in the Chattanooga campaign. During the winter of 1863-64 a large number of the men reenlisted and in April, the three years' men of the 8th and 29th N. Y. infantry were added to the ranks, the command remaining in service as a veteran regiment. During the summer of 1864 it served in the Districts of Nashville, Tenn., and Allatoona, Ga., and in November, was ordered to Savannah, Ga. The original members not reenlisted were mustered out at the expiration of their term of service and the remainder of the regiment at Fort Pulaski, Ga., Nov. 30, 1865. The 68th lost during service 46 by death from wounds and 75 from other causes. 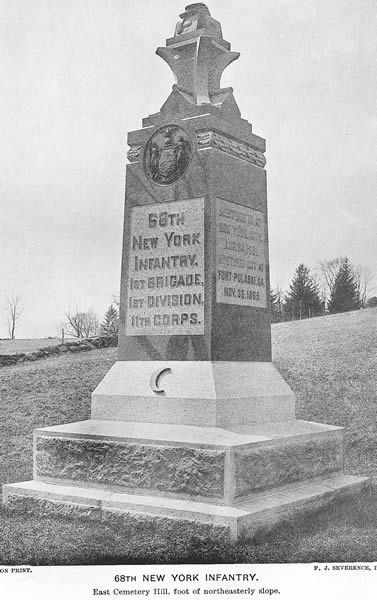 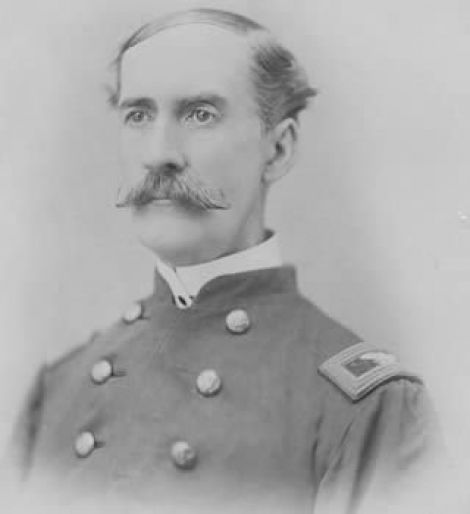 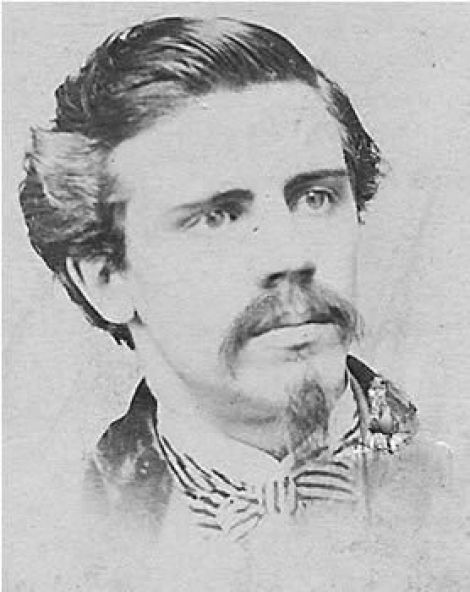 A.P. Hill's Light Division Papers, 1860-1934.
25 cu. ft. 1 oversize box
Abstract:    Consists of the original documents stolen from Confederate General A.P. Hill's headquarters near Petersburg, Virginia, during the city's collapse on April 2, 1865. Sergeant Major Abraham Cohn, 6th New Hampshire Infantry Regiment, U.S.A., obtained these documents during the chaos of the Confederacy's retreat from the city. Most of the documents pertain to information concerning A.P. Hill's Light Division (1862-1865). This collection houses several correspondences from well-known Confederates such as Brigadier General Maxcy Gregg, General Henry Heth, General A.P. Hill, staff officer Alexander Swift Pendleton, and Richard Alexander Sneed. These records discussed troop movement, General Stonewall Jackson's direct orders, locations of specific troops, casualties their regiments sustained, and engagements recently conducted. On November 3, 1862, the staff officer for Confederate General Stonewall Jackson, Alexander Swift Pendleton, wrote to A.P. Hill informing him that General Jackson had directed Colonel Samuel D. Lowe to take up an encampment on the Winchester Turnpike. According to Pendleton, the turnpike was four or five miles from Berryville, Virginia. Before moving the 28th North Carolina Infantry Regiment, Lowe informed Hill of the movement of his troops. Commanding a brigade of South Carolinians, Brigadier General Maxcy Gregg described his defense of Racoon Ford, Virginia, from enemy fire in a letter to A.P. Hill. In another correspondence dated June 8, 1863, a few weeks prior to the Battle of Gettysburg (July 1-3, 1863), Colonel Hawkins ordered two battalions to join J. Johnston Pettigrew's Brigade to strengthen it. This collection also has one folder that contains fragments of two correspondences that are severely damaged making them difficult to read. For more details on the contents of this collection, please see the finding aid.
Located at the Tennessee State Library & Archives.

Fritsch, Friedrich Otto. A gallant Captain of the Civil war, being the record of the extraordinary adventures of Frederick Otto Baron von Fritsch, compiled from his war record in Washington and his private papers. Edited and compiled by Joseph Tyler Butts. New York: F. Tennyson Neely 1902.

Muster Rolls of New York State Volunteer Units, 1863-1864.
Description: 2 cu. Ft.
abstract: This series consists of 99 muster rolls from the 5th and 13th New York Calvary, and the 58th, 68th, 119th, and 141st New York State Volunteers. Each muster roll contains the following information: name and rank of the soldier, where and when they were mustered in, person they were mustered in by, age (in years), terms of service, and a breakdown of their salary due for the months indicated on the muster rolls. Also included with some of the muster rolls are vouchers for articles that the soldiers lost while marching and forms regarding servants for the officers.
Numerical by regiment, then alphabetically by company./ Item list./ The muster rolls were compiled by Major George P. Lawrence who served in the United States Army's Paymaster Department from July 24, 1863 until he resigned his commission on May 3, 1864. Upon his resignation, Lawrence took his set of muster rolls back home with him to Massachusetts instead of forwarding them on to the proper authorities. At some point Lawrence deposited the muster rolls with the Massachusetts National Guard which is where they remained until they were recently discovered and transferred to the New York State Archives by the Director of the Massachusetts National Guard Military Museum and Archives in February of 2006.
Located at the New York State Library Manuscripts and Special Collections.

White, Robert. The prince and the Yankee : the tale of a country girl who became a princess : her adventures in the American Civil War, the Mexican uprising and the Franco-Prussian war. London ; New York : I.B. Tauris, 2003.