Colonel Lionel J. D'Epineuil received, August 2, 1861, authority from the War Department to recruit a regiment of infantry. This regiment received its numerical designation from the State, and was organized in New York City, October 12, 1861. It was recruited in that city, but received many men from other parts of the State. Its members were mostly Frenchmen, but one company was formed of Indians from the Tuscarora Reservation. It was mustered in the United States service for three years between August 27 and November 15, 1861 at New York city.
The regiment left the State November 15, 1861; served at and near Washington, D. C., and Annapolis, Md., from november 20, 1861; in Burnside's Expeditionary corps, from January 3, 1862; at Fort Monroe, Va., Annapolis, Md., Suffolk, Va., and finally Washington, D. C. from January 26, 1862; Company A was transferred to the 17th Infantry, as Company G, March 8, 1862; and the regiment honorably discharged and mustered out March 21, 1862, at Washington, D. C.
Lieutenant-Colonel Joseph Antione Vignier de Monteil and a few enlisted men served with the 9th Infantry in the action at Roanoke Island, N. C. February 8, 1862; and the regiment lost, killed in action, 1 officer; of wounds received in action, on detached service, 2 enlisted men; of disease and other causes, 7 enlisted men; total 1 officer, 9 enlisted men; aggregate, 10; of whom 3 enlisted men died in the hands of the enemy.

Major George A. buckingham, 71st N.Y. State Militia, received authority to enroll a regiment of infantry, which received the above numerical designation, and of which he was to be appointed Colonel, August 2, 1862. This organization was discontinued by the State authorities September 10, 1862 and the incomplete companies transferred, A, B, C, E, F, G, H and I (250 men) to the 132d and D and K to the 162d Infantry.

Fifty-third Infantry.—Col., Lionel J. D'Epineuil; Lieut.-Cols., J. A. Viginer de Manteil, George F. Chester. Maj., John Baptiste Cantel. The 53d, the "D'Epineuil Zouaves," was organized in New York city, but contained members, mainly of French origin, from all parts of the state and one company of Indians from the Tusca-rora reservation. It was mustered into the U. S. service at New York Aug. 27 to Nov. 15, 1861, for three years and left for Washington on the 18th. Stationed at Annapolis, the regiment was attached in Jan., 1862, to Burnside's expeditionary corps and a detachment of the command was active in the battle of Roanoke island. In March the regiment was discontinued, Co. A became Co. G of the 17th N. Y. infantry and the remainder of the regiment was mustered out at Washington, March 21, 1862. It lost during service 3 by death from wounds and 7 by death from other causes. Authority to organize another 53d regiment was issued and Maj. A. Buckingham was placed in command, but in Sept., 1862, the recruits enlisted for the regiment were transferred to the 132nd and l62nd N. Y. infantry. 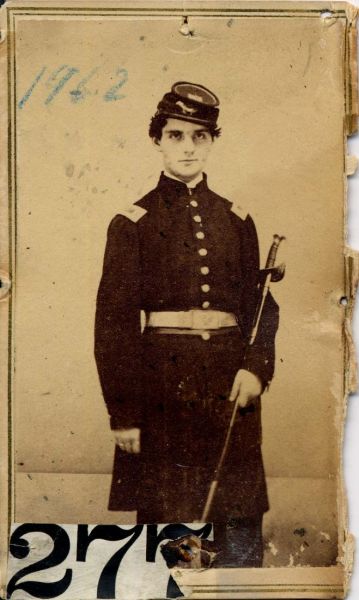 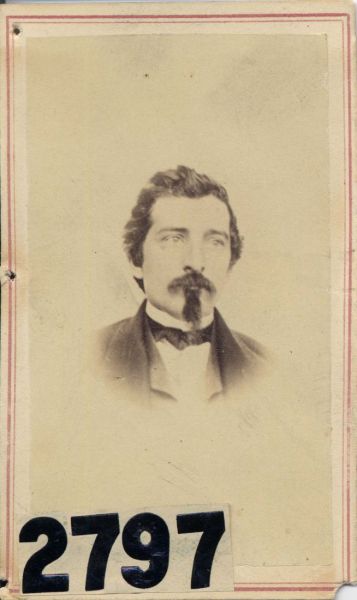 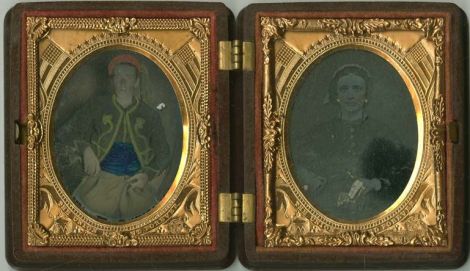 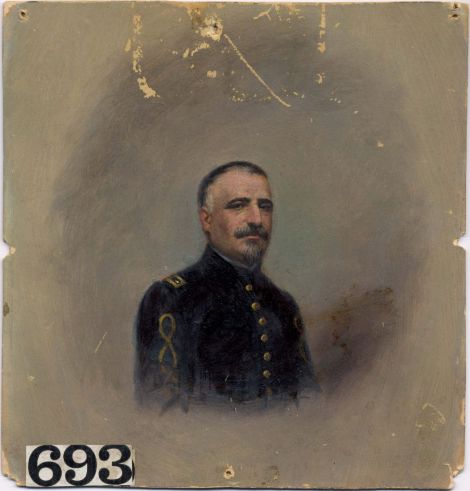 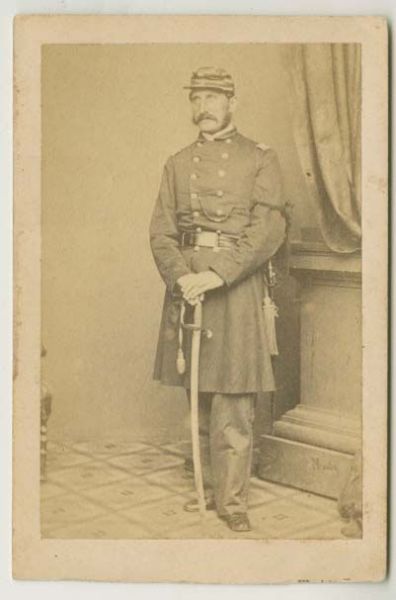 Bratton, George W. D’Epineuil Zouaves Co. L.: Headquarters, S.E. cor. Third and Gaskill Streets. Good men wanted! To join this handsome regiment, now at camp, at Staten Island./
Description: 1 sheet ([1] p.) : ill., port. ; 80 x 56 cm
Notes: The D'Epineuil Zouaves, the 53rd New York Volunteers, were organized Aug. to Nov. 1861, and mustered out March 21, 1862./ Printed in red and blue./ The illustrations shows a portrait of a Union officer, surrounded by a laurel wreath and scenes of battle, with the legend: No compromise with traitors!
At: Library Co of Philadelphia

Cole family and Taylor family. Cole and Taylor family papers, 1707-1914.
Description: 2,000 items (3.0 linear ft.)
Abstract: Business, legal, and personal papers of several generations of the Cole and Taylor families of New Bern and Chapel Hill, N.C. Most of the antebellum papers are deeds for land in Craven and Jones counties, N.C. Scattered business and personal correspondence begins to appear around 1812, and includes letters written from New Bern, Raleigh, and other North Carolina towns. Later letters were written from Alabama, South Carolina, Tennessee, and New York City. Also included are letters, 1830-1860, addressed to relatives on an Alabama plantation, and overseer's letters from Tennessee plantations. Among the volumes are three account books of James Carney for general merchandise sold at New Bern, 1858-1860; guard reports, 1861-1862, of the 53rd New York Regiment; seven volumes of daily weather records at Chapel Hill, 1890-1909, kept by Mary C. Cole; an 1870 diary of James Cole Taylor; a notebook labelled "General Orders," probably dating from the Civil War; short drafts of letters written by Sarah Taylor; and a record book relating to the Coles' tenants in Chapel Hill and to marriages and births.
Prominent family members include James C. Cole and his wife, Mary Catharine Cole (1799-1862), of New Bern, N.C., who were the parents of four daughters and two sons. Three of the daughters--Mary Catherine (d. 1900), Harriot G. (ca. 1826-1921), and Sarah A. (d. 1900), wife of Alexander Taylor--lived together in Chapel Hill after about 1862 while running a boarding house. James Cole Taylor (b. 1855), surveyor, chemist, metallurgist, railroad superintendent, and banker, was the son of Sarah A. Cole Taylor.
Located in the Southern Historical Collection, University of North Carolina at Chapel Hill.

Dustan, Charles William. Letters, 1861-1865.
Description: 40 items
Abstract: Civil War letters from Dustan, a federal officer in the 71st New York Militia Regiment, the 53rd New York Regiment, and other units, to his mother and sister on Staten Island, N.Y., written from Virginia and Mississippi, 1861-1863, and from Memphis, Tenn., 1863-1865, where he was captain in the U.S. Army and brigadier general of enrolled militia. The letters discuss camp life, troop movements, morale and discipline problems, including a mutiny in the 53rd Regiment, conditions and events in Memphis, and family matters.
Located in the Southern Historical Collection, University of North Carolina at Chapel Hill

The Imperial Zouaves!: Wanted, at once, 20 men to complete a company of the splendid regiment of Col. D’Epineuil Pay and rations commence at once. Look at the imposing uniform—furnished at once. Recruiting office, at [blank] house for three days. Headquarters, 533 Chestnut Street Philadelphia.
Broadsheet
Notes: The D'Epineuil Zouaves, the 53rd New York Volunteers, were organized Aug. to Nov. 1861, and mustered out March 21, 1862./ The illustrations shows an eagle with a blank banner.
At: Library Co of Philadelphia.