Authorized as New York State’s first black National Guard regiment in 1913, the 15th New York Infantry was not formally organized until 1916 when, without an armory, the unit trained at Lafayette Hall on Seventh Avenue and 132nd Street in Harlem.  Two hundred African-American residents of New York City formed the original core of the new regiment, but when America entered World War I in April 1917, the 15th New York was the first unit in the city to be recruited to full strength of over 2,000 men with volunteers pouring in from throughout New York City, upstate New York, New Jersey, Pennsylvania and as far away as Virginia.

After training at Camp Whitman in Dutchess County, Harlem’s Own was assigned to guard public sites such as aqueducts and railroad stations around New York metropolitan area against possible German attack or sabotage.  One company even guarded German detainees at Ellis Island.  Then in late September, the 15th was sent to Camp Wadsworth to train with the 27th Division who had been sent off at the end of August with one of the biggest parades New York City had ever seen.  Camp Wadsworth was located in Spartanburg, South Carolina, and the locals there were particularly hostile about having black soldiers in their town.  Many of the soldiers of the 15th were native New Yorkers and were not used to the extreme prejudice and segregation of the south.  The soldiers promised not retaliate and maintained their composure, but after much taunting and several attacks, the 15th was removed in less than two weeks and sent to Camp Mills on Long Island to train with 42nd Division.

On November 11, 1917 the 15th was sent to Hoboken, New Jersey to be shipped to Europe aboard the USS Pocahontas, a German commercial ship the US had seized in 1914 and converted into troop transport ship.  After several delays, the 15th left Hoboken on December 12, arriving in Brest, France on December 27 and were transported to St. Nazaire.  St. Nazaire was to be a major port to receive the influx of American soldiers and supplies, and the 15th was assigned to labor duty helping to improve the port by building a dam, railroad tracks, and a new pier and working as stevedores unloading supply ships and loading trains.

Eager to join the fight, however, the regiment was assigned to serve with the French army’s 16th Division, 4th Army in March 1918 and re-designated as the 369th United States Infantry.  The soldiers turned in their American equipment and were issued Lebel rifles and French accoutrements.  After just three weeks training to become familiar with their new equipment and with French tactics and techniques, the 369th entered the trenches for the first time on April 8 and they stayed on the front lines for 191 consecutive days, the longest of any American unit in the entire war.

This was right in the midst of the German Spring Offensive, a major German offensive to end the war before American troops could be fully deployed.  To defend the massive onslaught, the Allies created positions of depth pulling troops and supplies back and leaving a thin front line to hinder the German advance and then fall back to the defensive zone and participate in a counter attack.  Throughout much of April and May, the 369th was in the forward positions, and immediately impressed the French with their skill and courage in combat.  Beginning in May 1918, the 369th entered the trenches at the Second Battle of the Marne and later fought with distinction in the Allied counteroffensives of Champagne-Marne, Aisne-Marne, and Meuse-Argonne.   On November 20, 1918, the 369th was the first regiment of all the Allied armies to reach the Rhine River in Germany.  After 191 days of continual combat, the 369th never lost a foot of ground nor had a man taken prisoner.

93d division, summary of operations in the World War 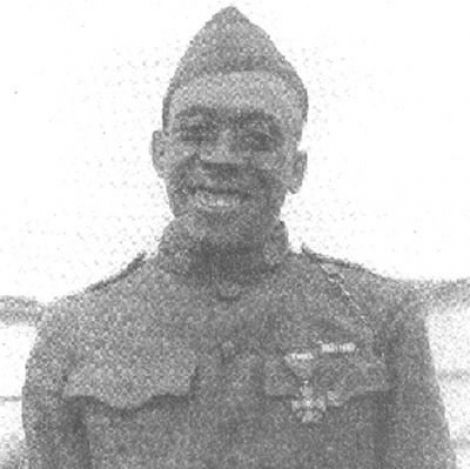 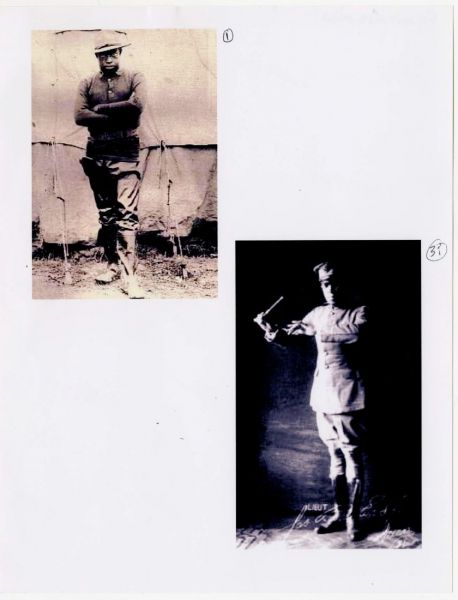 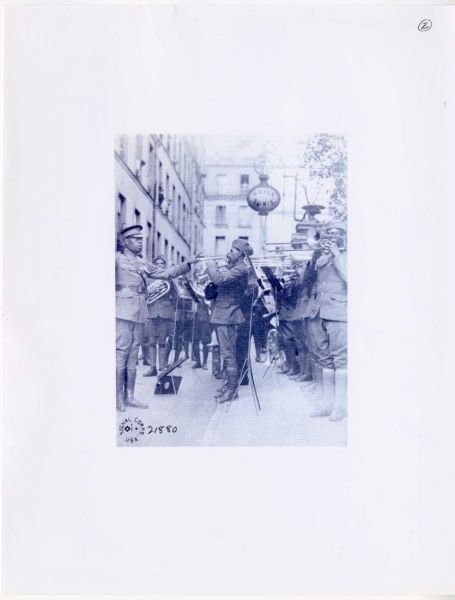 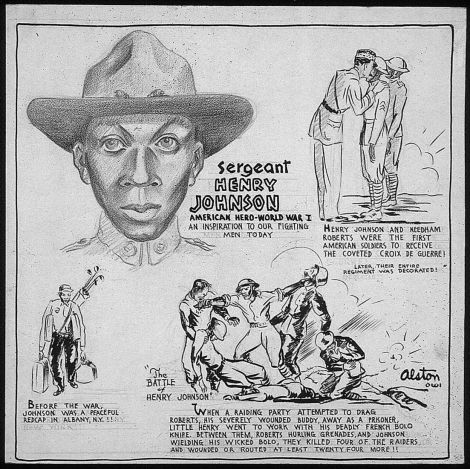 Sgt. Henry Johnson - American Hero of World War I - an inspiration to our fighting men today 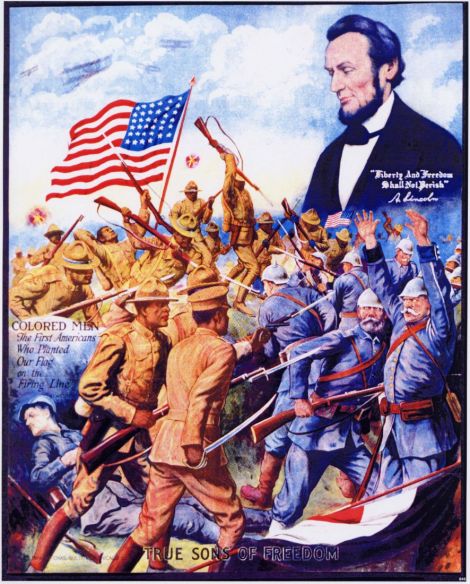 True Sons of Freedom: Colored Men, The First Americans Who Planted Our Flag on The Firing Line

Badger, Reid. A Life in Ragtime: A Biography of James Reese Europe. NY: Oxford UP, 1995.

Back to World War One Infantry Regiments