Colonel John Beardsley received authority from the State to recruit this regiment; its organization commenced at Westfield and was completed at Albany. It received its numerical designation November 23, 1861, and November 27, 1861, a number of the men enlisted for the United States Lancers, an incomplete organization, which Col. Joseph Smolinski, under authority from the War Department dated August 7, 1861, endeavored to recruit, were assigned to it as part of Company M. The companies were mustered in the service of the United States for three years, between September 9 and December 13, 1861. A small portion of the men, claiming to have been fraudulently enlisted, were discharged under the orders of the Secretary of War, dated April 7 and 9, 1862. At the expiration of its term of service, those entitled thereto were mustered out, and the regiment retained in service. March 29, 1865, it was consolidated into nine companies, and received by transfer the battalion of the 4th N. Y. Volunteer Cavalry, as Companies B, E and L.

Ninth Cavalry.—Cols., John Beardsley, William Sackett, George S. Nichols; Lieut. -Cols., William B. Hyde, William Sackett, George S. Nichols. Wilber G. Bentley, Timothy Hanley, Majs. William Sackett, William B. Martin, Wilber G. Bentley, Timothy Hanley, Henry W. Mason, Charles McL. Knox, James R. Dinnin, Joseph M. Kennedy. William B. Hyde, George S. Nichols, Emery A. Anderson. A. McQuinn Corrigan, Conway W. Ayres, Edward Schwartz. Col. Beardsley received authority from the state to recruit this regiment, which was organized at Albany to serve three years. The companies of which it was composed were recruited from the counties of Chautauqua, Cattaraugus, Wyoming, Rensselaer, Washington, St. Lawrence and Clinton during the summer and fall of 1861, and were mustered into the U. S. service between Sept. 9 and Dec. 13, 1861. Col. Beardsley was a graduate of West Point, who had seen service in Florida and Mexico, and the officers generally were well qualified for their positions. At the expiration of its term of service, the original members, except veterans, were mustered out and the regiment, composed of veterans and recruits, continued in the service. On March 29, 1865, it was consolidated into nine companies, the battalion of the 4th N. Y. cav., having been transferred to this regiment as Cos. B, E and L. The regiment was finally mustered out and honorably discharged on July 17, 1865, at Cloud's mills, Va. The 9th left the state on Nov. 26, 1861, for Washington, where it served during the ensuing winter. In March, 1862, four companies were detached for service with the reserve artillery, and the other eight companies did duty on the Peninsula as train-guard in the Army of the Potomac. Returning to Washington, the regiment was mounted in June, 1862, and assigned to the cavalry brigade ist corps, Army of Virginia, with which it participated in Gen. Pope's campaign. It formed part of the cavalry of the Army of the Potomac during the remainder of the year, being frequently in action, losing 26 at Thoroughfare gap in October and 7 at Aldie in November. It served through the Chancellorsville campaign in the 1st brigade, ist cavalry division. Army of the Potomac, and through the Gettysburg compaign and the subsequent campaigns in Virginia, in the 2nd brigade, same division. It was repeatedly in action in 1863, sustaining its heaviest losses at Beverly ford, Brandy Station, and the operations in the vicinity of Culpeper, gaining a well earned reputation for gallantry and efficiency. On the opening of the campaign against Petersburg in 1864, it was heavily engaged at the Wilderness and Spottsylvania and then took part in Sheridan's raid to the James river. Returning to the army it was active at Totopotomy and Cold Harbor and then shared in Sheridan's Trevilian raid, meeting with a loss of 50 killed, wounded and missing at Trevilian Station, which was one of the severest losses in that action. The regiment was next engaged before Petersburg in June, and in July and August was active at Deep Bottom, Berryville, Newtown, Cedar creek, Cedarville. Summit Point, Kearneysville, Smithfield, and many minor skirmishes. In the fall, as part of the Army of the Shenandoah, it fought at the Opequan, Fisher's hill, Winchester, Cedar creek, Middletown, etc., sharing in all the brilliant campaign whereby Sheridan swept the valley clear of the enemy. It shared in the final Appomattox campaign, in which it met with an additional loss of 13 killed, wounded and missing. During its term of service the regiment lost 8 officers and 89 enlisted men killed and died of wounds; 4 officers and 135 enlisted men, missing; 304 officers and men wounded, including those fatally wounded; 5 officers and 122 men died of accident, disease, in prison, etc., the deaths from all causes amounting to 224. Privates Jeremiah Park and George Reynolds were awarded medals of honor by the secretary of war. 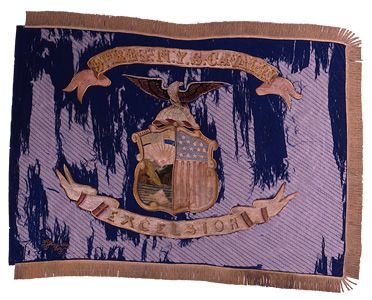 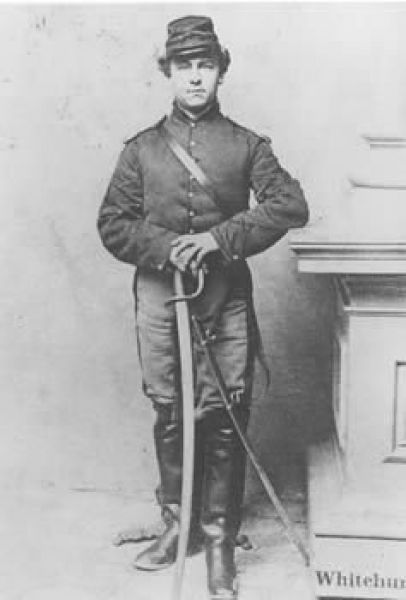 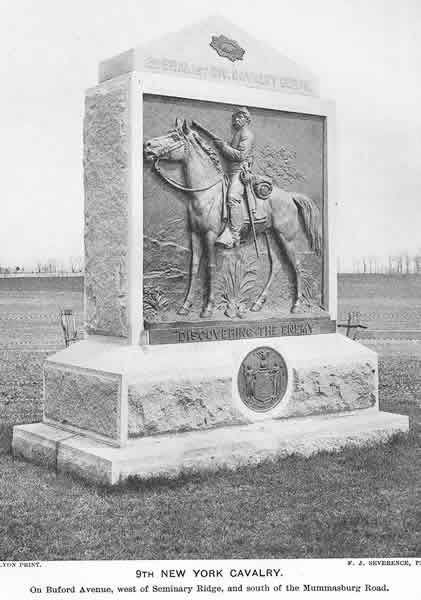 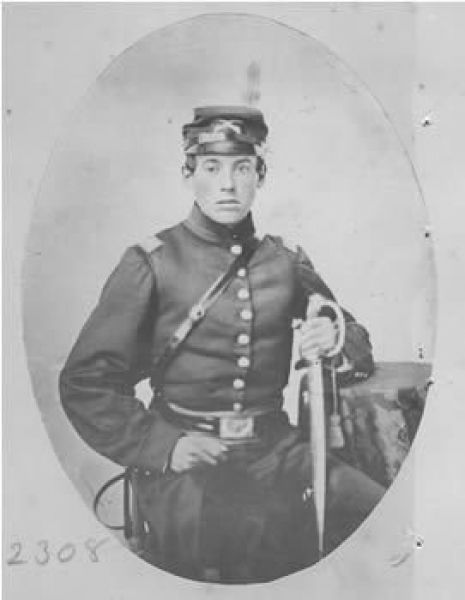 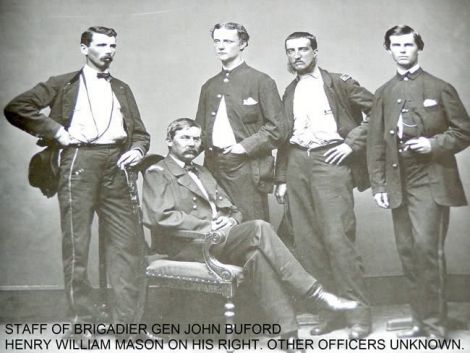 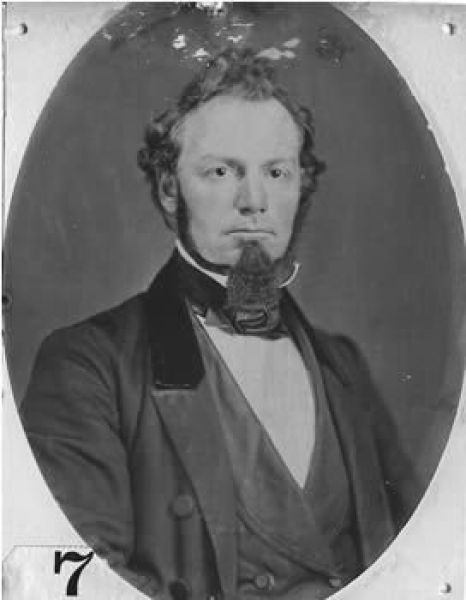 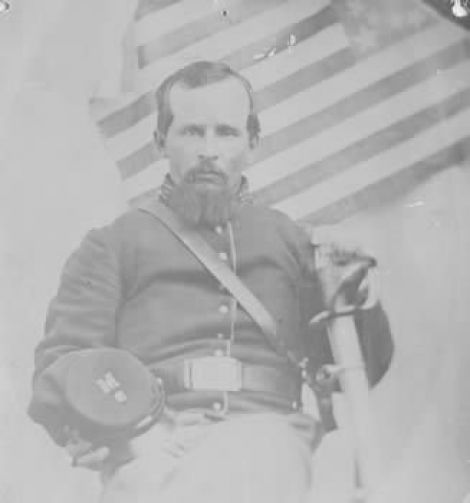 Buell, Ebenezer. Letters, 1862.
21 pages.
Letters, 1862, from Ebenezer Buell (b. ca. 1828), 9th New York Cavalry, at Bailey’s Crossroads, Warrenton, and Centreville, Virginia, to his wife in Sheridan, Chautauqua County, New York. Subjects include Union and Confederate troop movements, size, and fortifications, going on scouting patrols, descriptions of the area and its desolation, news of Union victories reaching his camp, and weather conditions. Transcriptions of the letters are included.
Accession 40762. Located at the Library of Virginia in Richmond, Virginia.
Thank you to Ed Worman for pointing out this resource.

Crosby, Henry Baxter. Letter, 4 November 1862.
4 pages.
Letter, 4 November 1862, from Henry Baxter Crosby, Haymarket, Virginia, to his brother, Alonzo Crosby, Poland, New York. Topics include troop movements of the 9th New York Cavalry, Company C, and the march to Fredericksburg, Virginia.
Accession 41034. Located at the Library of Virginia in Richmond, Virginia.
Thank you to Ed Worman for pointing out this resource.

"Under the searchlight," address delivered March 5, 1914, before the Commandery of the State of Illinois Military order of the loyal legion of the United States, by Wilber Gorton Bentley. [Chicago, Libby co., printers, 1914] (1) p.

"A vindictive peace and reconstruction, a peace of vengeance," a letter of protest, read as a paper, January 6, 1921, before the Commandery of the State of Illinois, Military order of the loyal legion of the United States. 8 p.